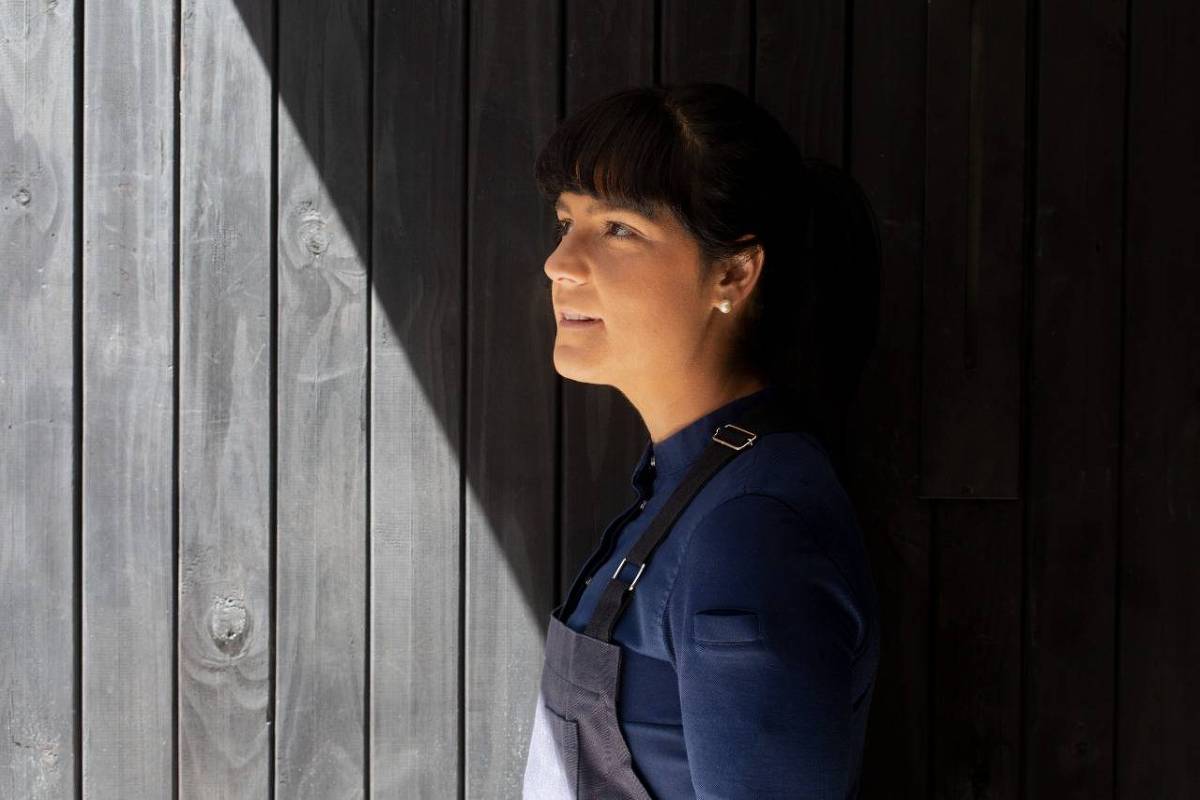 I want girls to see that it is possible to reach a prominent position, says Manu Buffara

Chef from Paraná, Manoella Buffara, has made her native Curitiba gain attention in the national gastronomy since she opened her restaurant, Manu, in 2011. Now, she puts her city —and her creative cuisine— in the focus of all Latin America.

Recently elected the best female chef on the continent, according to the Latin America’s 50 Best Restaurants award, Manu, as she is known, is about to spread her name around the world as well.

From attending events and symposia around the world to a menu for a luxury hotel in the Maldives, she is the Brazilian chef with the greatest international representation today.

The opening of a new restaurant in New York (Ella is expected to open in the second half of 2023) and the launch of a book about his restaurant by the famous publishing house Phaidon are proof of this global projection.

“There’s a lot, a lot of work behind it all,” says the chef. “There are long hours of standing trying to find the right point for each cooking”, she guarantees.

Manu has two daughters, Helena and Maria, and says he wants to show them that it is possible to reach prominent positions.

The chef says there is a mismatch in the recognition of female chefs. “It shouldn’t make a difference whether I’m a woman or a man,” she says. And it guarantees that positioning itself in the market is also a way to ensure greater balance. “I work to make it stop being an issue.”

Read the interview that the chef gave to Folha below.

What is it like to be recognized as the best female chef in Latin America?

This award is, for me, a window to talk about the importance of getting to know the local food, looking for fresh, quality ingredients that grow close to where you live. That’s what my work is about, and winning this award is being able to use this megaphone to call attention to the quality of what we have close to our home, the way we should see and care for our surroundings.

I am very happy to receive this award and that my daughters and all girls and women see that it is possible to reach an outstanding position. I won this 50 Best stage and I want to use it to be an example to many women, girls and all of society that through food we can change a nation.

Does winning the award for best female chef have a different value in the world of cuisine where the opportunities are still not so equal?

I know the opportunities are not so equal, but in many other areas we also suffer from it. So, for me to get here, it’s the result of a lot of work, perseverance, long hours on my feet trying to find the right point of each cooking. I don’t think that the effort, the search for the best, is something tied to a genre.

It shouldn’t make a difference if I’m a woman or a man. Yes, there is a mismatch in the recognition of female chefs, but it is up to us to do our job, to do our best. Whoever created this mess should try to get those pointers right.

I will continue to do my best and hope that there is more balance in the awarding of female and male chefs, and that this is no longer an issue.

Do you believe that Latin America is gaining representation in world gastronomy?

Sure! We are increasingly gaining more representation in the world, we have increased interest in our products, in our chefs. I believe we have an incredible future ahead of us. Whether in New York or the Maldives, we are going to showcase our culture and our food.

I want to tell my story through my work. Many Latin American chefs are already opening their doors in Europe. United States and Asia too and that’s great.

Through our people, through every chef and cook we have on our continent, which is so rich. We still have a lot to show and do, not only with gastronomy, but also with tourism, with art and with culture, because all this is intrinsically linked to food.

How do you see the importance for Brazilian cuisine of winning such an award?

I am sure that this award is for all Brazilians who, like me, believe in our country, not only for the gastronomy we have, but for everything it involves. I really believe in Brazil, in its potential and all the cooks, cooks, producers, our products. We are bigger together.

We have to fly, and to make that flight perfect, we need a lot of swallows because, as they say, only one makes a summer.

Facebook
Twitter
Pinterest
WhatsApp
Previous article
For Lula, reduction of working hours depends on popular initiative and Congress
Next article
Ropes message to Turkey: Those who do not respect what the EU stands for cannot benefit from it