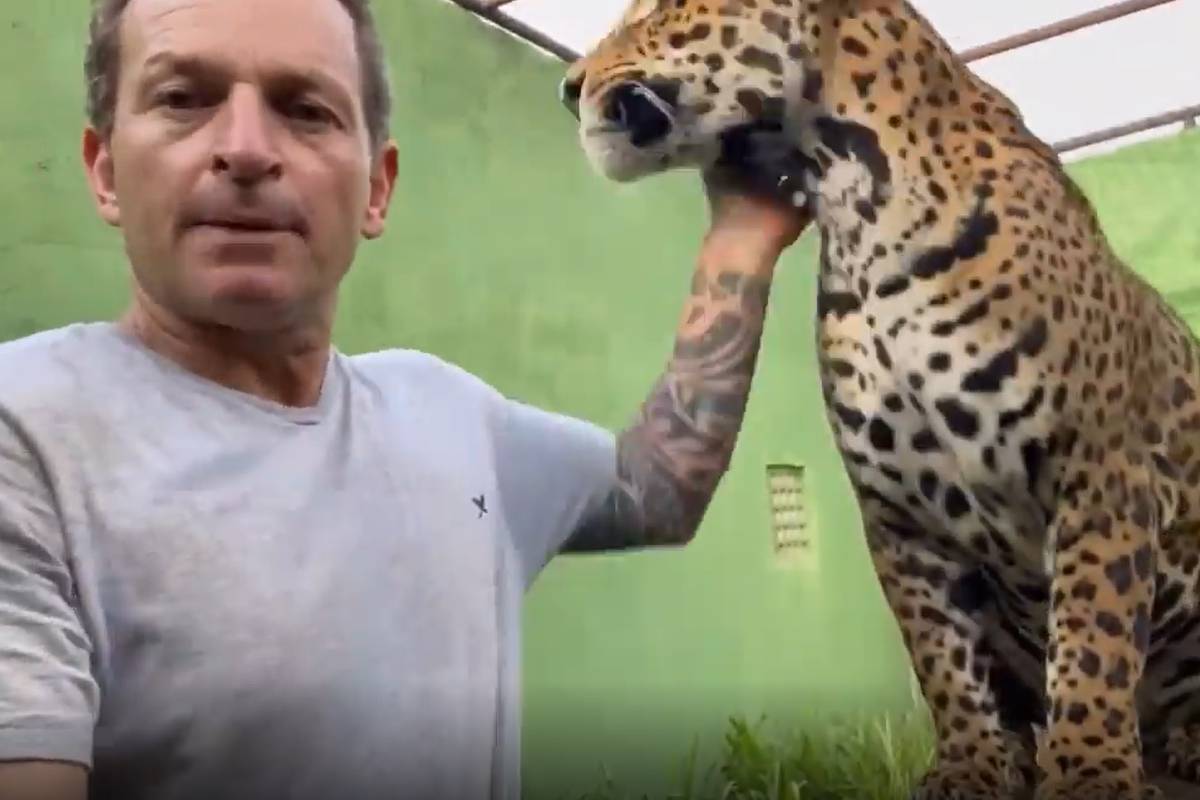 After unsuccessful attempts, IOP is considering trying to reintroduce jaguars into the wild

Target this year of fines from Ibama, the Instituto Onça-Pintada (IOP), in Goiás, says that today it is focused on the conservation of animals in captivity. However, he does not rule out the possibility of trying to reintroduce them to nature, despite accumulating some unsuccessful experiences.

Currently, the IOP, run by Leandro Silveira and his wife, Anah Tereza de Almeida Jácomo, adopts the model known as “ex-situ”, that is, out of its “place”. “If we don’t have healthy animals in captivity for future releases, the species could be definitively extinct”, says the institute, in a note to Sheet.

The institution of Leandro and Anah, in 2012, was a pioneer in trying to reintroduce a jaguar into nature, with the support of Ibama, a fact highlighted by the experts consulted. The attempt failed. Puppies whose parents were killed or animals injured are some of the possibilities of animals that eventually can be reintroduced into the wild after a rescue.

In a report on Rede Globo’s Fantástico program in January 2014, Leandro and Anah talked about the preparations for the reintroduction of Pantera (a black jaguar) and Juma. In March of the same year, a report by Globo Repórter, from the same station, said that Pantera and Juma would no longer be released into the wild.

“The problem is that they have lost their fear of humans. The panther is an animal that has become extremely tolerant of humans. It does not see humans as prey and will probably never attack someone. But people do not know this and will shoot first opportunity”, said Leandro, while the reporter pleased Pantera.

The fear of biologists can be related to the history of attempts. In May of this year, Leandro told the podcast Inteligência Ltda. that he had already tried to release seven jaguars and they all ended up dead — one of them even spent eight months in the wild. According to him, each release has an estimated cost of R$600,000 to R$1.5 million.

“At one point, despite being hunting and having established territories, they eventually approached the farms”, says the institute, in a note, when talking about jaguars that were collected after their release.

A successful reinsertion of the jaguar was announced in 2016 by ICMBio, in partnership with another institution. “The IOP [Instituto Onça-Pintada] plans to reintroduce jaguars, tapirs, maned wolves and giant anteaters in the future”, says the institution.

In a note to the report, the institute says it understands that returning animals to nature is a “sympathetic action towards public opinion”, but that it is still more efficient to ensure that new animals are not killed than to release the orphans that arise.

Facebook
Twitter
Pinterest
WhatsApp
Previous article
Nile Rodgers Got an Original Birthday Gift – Asteroids Named After Him
Next article
The Eurozone is in an inflationary “vertigo”: Greece 12.1% – The index in Germany is at a decade high