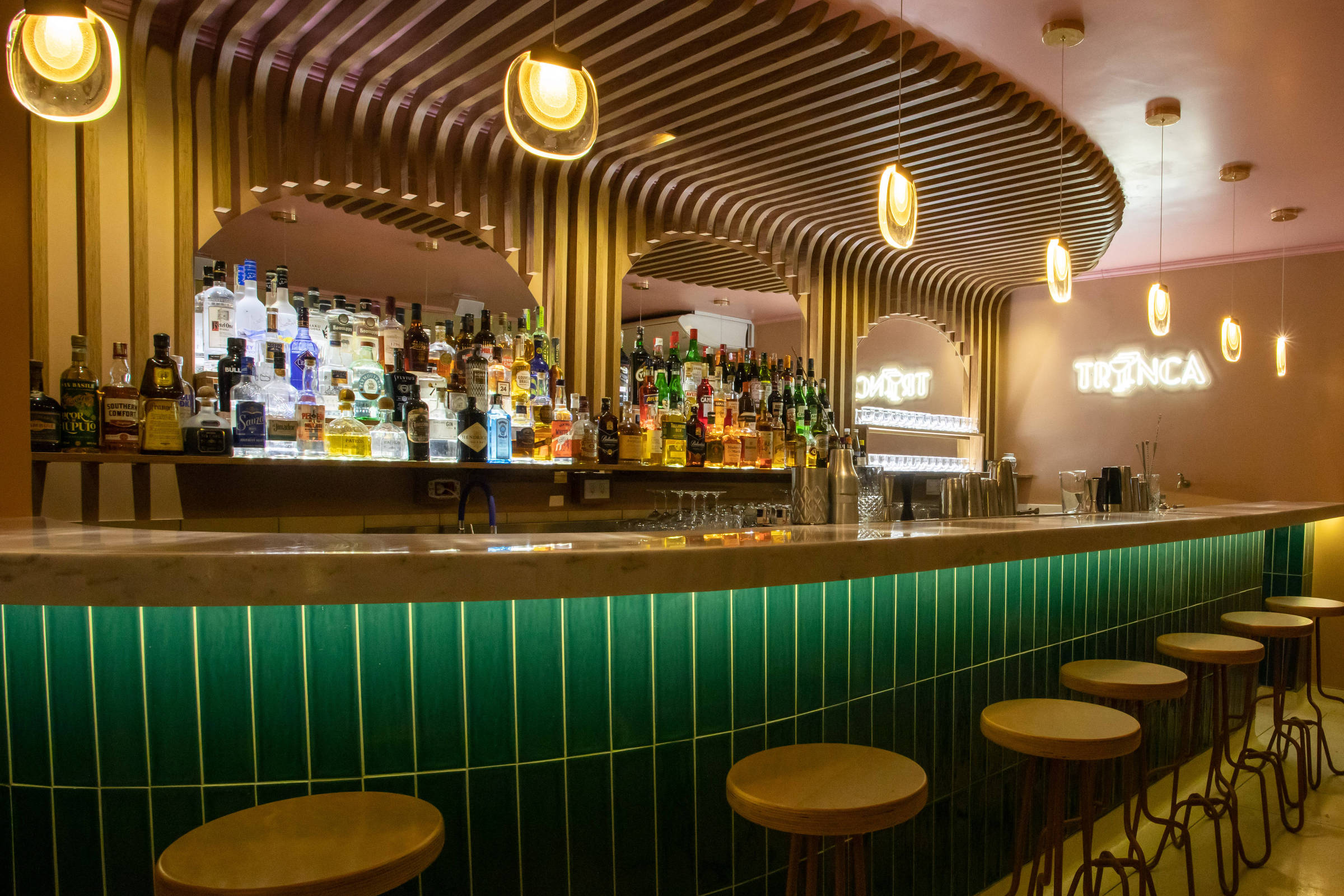 Do you know vermouth? Trinca, new in Pinheiros, is a bar specialized in

“Vermouth puts the wine in the cocktail shop”, say Tábata Magarão and Alê Bussab, the couple who run Trinca. Opened in May in the Baixo Pinheiros region, in the west of São Paulo, the bar was born with a mission: to introduce the culture of vermouth to the people of São Paulo.

Result of the combination of wine fortified with alcohol and flavored with spices, vermouth is an ancient drink of European tradition. Despite being little known around here, it serves as the basis for many classic cocktails — dry martini, negroni, manhattan, boulevardier and rabo de galo are some of them.

At Trinca, in addition to tasting drinks, the public can also taste pure vermouths. “Whenever someone arrives here, we offer a mini-tasting. Even if the person comes ten more times, we will always offer it”, says Bussab.

With years of experience as bartenders in Rio de Janeiro, Magarão and Bussab got closer to the vermouth universe during the pandemic. In the months of social isolation, they turned the house into a laboratory and began to develop their own recipes. It is the result of this experience that makes up the tasting and supplies the three taps with drinks from the house.

There are three creations of the duo. Two of them are based on chardonnay: the floral Rosé Oriental, which takes on this color due to the addition of hibiscus, and the Italiano, made with olive leaves and a combination of peppers. Finally, there is the Sul-Americano, made with Argentine malbec, enhanced with cocoa nibs and yerba mate.

Sold for R$ 25.90, the recipes can be tasted pure, with sparkling water or tonic. There is also the vermouth that the couple dubbed Reserva, with a more neutral flavor, used in the preparation of cocktails and which does not make up the crack of taps. In addition to artisanal products, the house also has more than ten imported vermouth labels, which can also be taken home.

Drinks make up the drinks on the house menu, with classics and signatures. There are cocktails like the Trinca Giuseppe, a version of the bitter giuseppe, made with Cynar, Italiano, lemon and bitters, which costs R$31, and the rooster’s tail, with white cachaça, Italiano, Cynar and bitter, for R$29. .

To accompany the drinks, there is a list of dishes signed by chef Dani França Pinto, also responsible for the food at Infini and Cineclube Cortina, both in the center.

Just as the vermouth bite proposes a journey through the palate —as the names suggest, they refer to the East, Europe and South America—, the foods also bring references from other cultures.

There are dishes such as Atlantic cannoli, stuffed with hake cured with sherry and avocado and lemon mayonnaise (R$34) and Sopro Oriental, with shrimp or pork stuffed with fried pasta served in a spicy sauce (R$30 and R$28, respectively).

This was not the first address dedicated to vermouths opened in São Paulo. In 2018, the Jardins region was home to Pablo, a short-lived bar that featured drinks. Despite still having a shy culture in Brazil, the duo maintains its bet on the drink. “We want to function for at least ten years”, they say.

Facebook
Twitter
Pinterest
WhatsApp
Previous article
The applications for affiliation to the Agri-Food regime are now open
Next article
Shock in Pelion: He threatened to burn his mother if she didn’t give him money