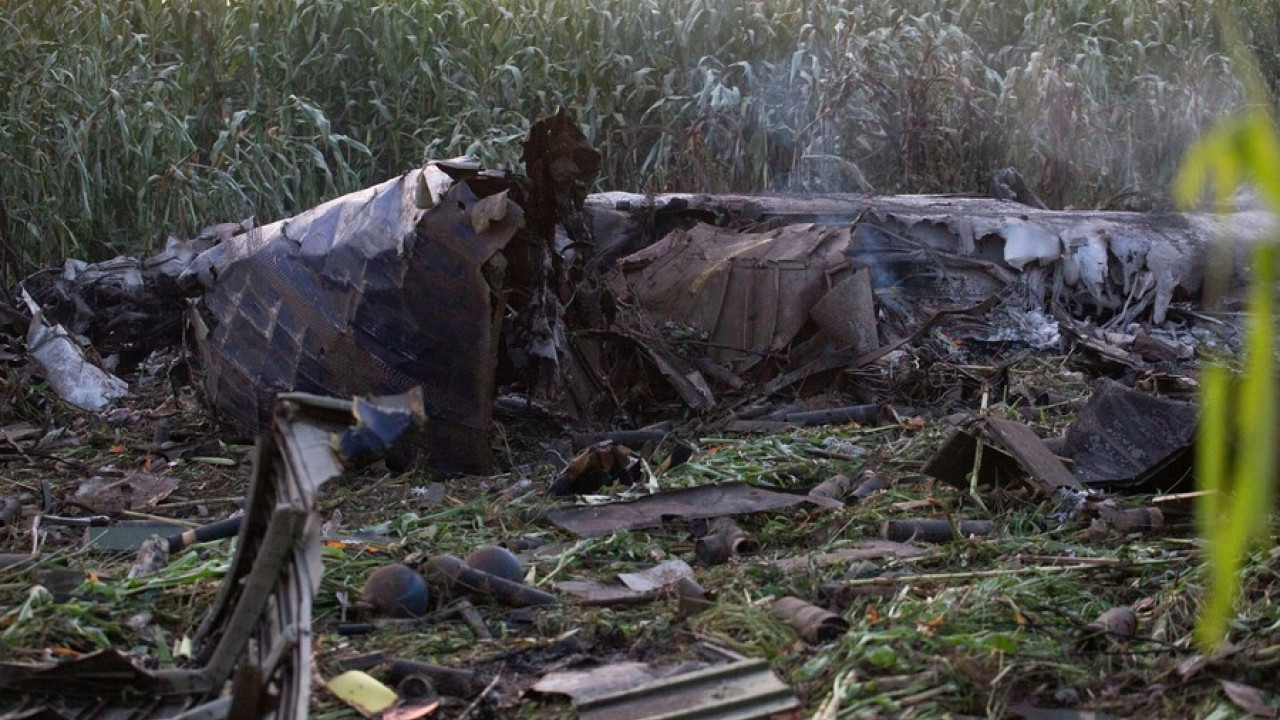 Panagiotopoulos on the fall of the Antonov in Pangaio: “It was carrying inert ammunition”

The Ukrainian plane was carrying out a cargo flight with a crew of 8 and crashed on July 17, 2022, after an engine failure, in the community of Antiphilippi.

The requests of the interested foreign countries, for the passage of military aircraft and other state aircraft, as well as chartered civil aircraft used for the benefit of state services or ministries, which are going to fly over the National Airspace or land in Greek airports, are submitted through diplomatic channels and the diplomatic license is granted after the approval of the Ministry of Foreign Affairs. This was reported by Minister of National Defense Nikos Panagiotopoulos answering a question submitted by SYRIZA MPs Sultana Eleftheriadou and Theodoros Dritsas, on the topic “Critical questions regarding the plane crash Antonov in the area of ​​Pangaios”.

He clarified that “the type of munitions cargo found at this time by TENX search and clearance operations is inert munitions».

He added that “specific information, however, about its exact type, cannot be provided through this process due to the level of security.”

As he said, “the prescribed actions have been taken for the safe transport of the ammunition in question, to a suitable place, in order for the competent services of the Army to proceed with their destruction”.

“The involvement of the General Aviation Staff (GAA), based on the current institutional framework, consists in granting a diplomatic license number to the above aircrafthe added.

It is recalled that the Ukrainian Antonov type aircraft was carrying out a cargo flight with an 8-member crew and crashed in the early hours of Sunday, July 17, 2022 in the area of ​​Paleochori – Antifilippi in Kavala, after an engine failure.

“In the area of ​​the impact of the Antonov aircraft in the municipality of Pangaios, a section of the Special Cross-Sector Company went, which, after carrying out measurements, did not establish the existence of any aggravating factor. He then collected soil and flora samples which were delivered to the Directorate of Civil Protection, specifically to the Department of the Regional Unit of Kavala, which then sent them to the Second Chemical Service of Athens for the identification of chemical substances, phosphorus and heavy metals.