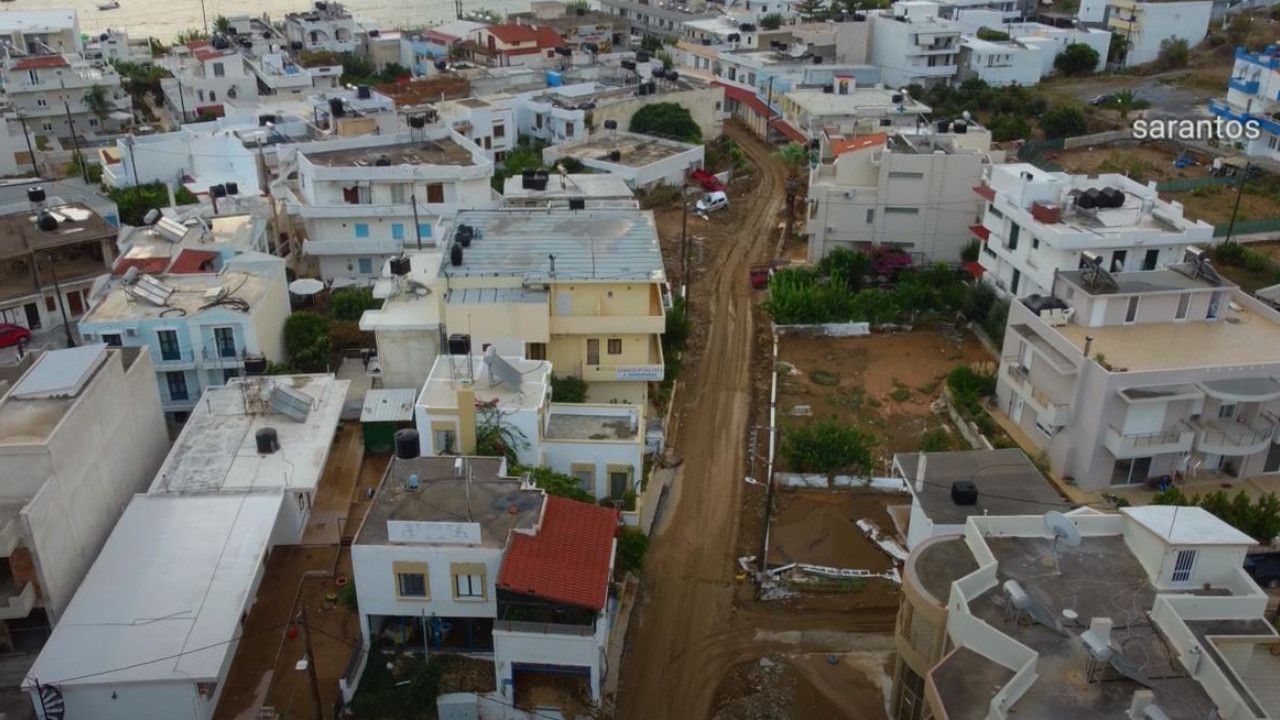 A shocking video from the place shows the enormous destruction caused by the bad weather which, in addition to material damage, resulted in the death of two citizens

The shots that capture the day after the great destruction caused by severe bad weather in Agia Pelagia, Crete, are shocking, as captured by a drone camera that recorded the landscape from above, after the natural disaster that claimed the lives of two people.

A package of measures that includes direct support to the Municipality of Malevizio with 400 thousand euros and immediate payment of compensation to those affected through state aid, announced from Heraklion the government echelon that has been in Crete since early morning by order of the prime minister, after the widespread problems and the great devastation caused by the deadly storm.

​The mechanism has been mobilized from the first moment” said Mr. Triandopoulos, who focused on the goal, which is none other than, as he said, “to reach the citizens as fairly and as immediately as possible, the compensations, the support of the state to the beneficiaries”.

According to Mr. Triandopoulos, 6,000 euros will be paid directly to each affected person in the areas hit by the bad weather – an amount related to the destruction of household goods.

EMAK divers proceeded in the sea to locate and retrieve the body of the missing woman in the area of ​​Agia Pelagia, where the deadly bad weather hit yesterday.

The husband of the missing woman dived into the rough sea to find the body and find out if it is really his wife.

The unfortunate woman was reportedly riding in the same vehicle as the 50-year-old man who was found dead yesterday.

The woman was spotted out in the bay of Agia Pelagia towards the beach of Lygaria.

Earlier, the husband of the 48-year-old spoke on the show “Kalimera” on SKAI about what unfolded, saying that eyewitnesses saw her getting out of the car.

“They called me to call for help. I heard my wife scream. She had panicked,” said the 50-year-old’s husband and added that “someone saw her getting out of the car and being dragged away by the water.”

Divers from the 3rd EMAK and the Coast Guard participated in the locating operations, however, the transported materials and debris that reached the sea made the operation very difficult due to the lack of visibility under water.

More than ten vehicles were swept away at the scene of the tragedy, while more are submerged off the bay of Agia Pelagia, according to residents who saw them drifting towards the sea.

Facebook
Twitter
Pinterest
WhatsApp
Previous article
Rape of a 12-year-old girl in Colonos: A man who was talking to the girl voluntarily came to the authorities
Next article
SA Panel: State secretaries say nursing floor is unbearable for finances