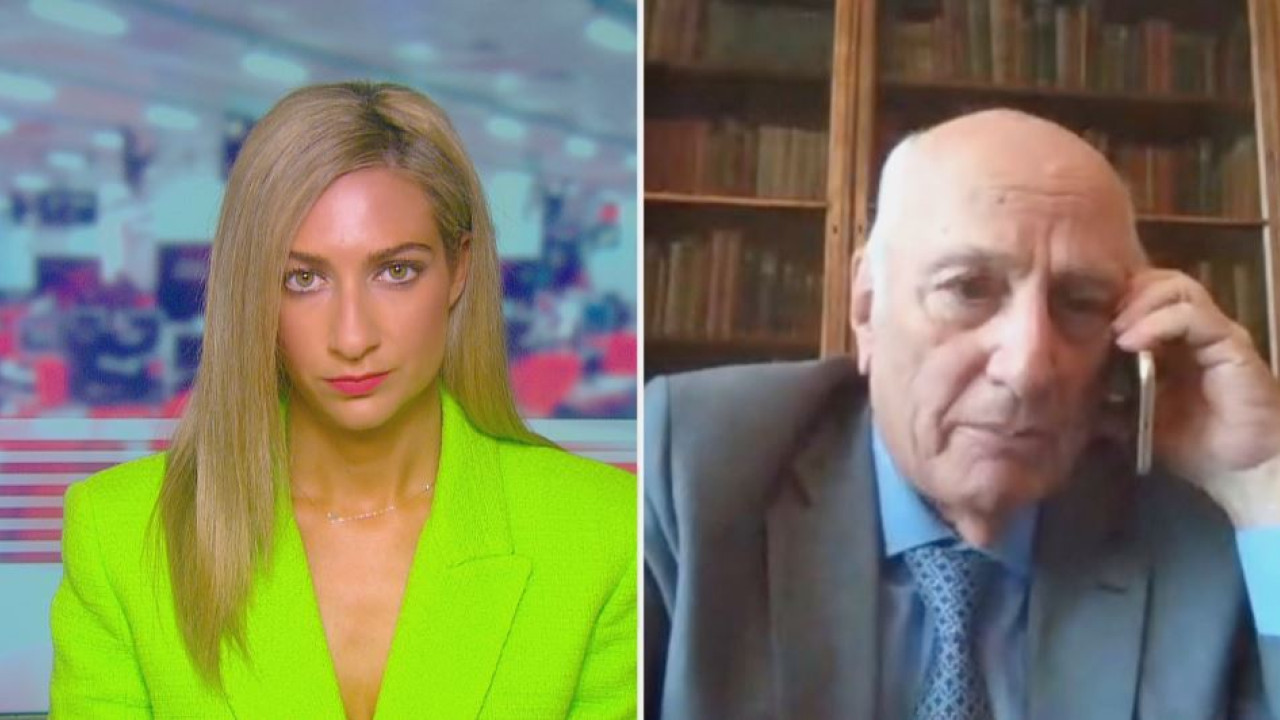 Christos Zerefos to SKAI: “The time for the climate is over”

Extreme phenomena have troubled not only scientists, as in the past, but also politicians

The theomenia in Crete made us wonder once again to what extent the lifestyle of modern man triggers the intensity and momentum of the phenomena and if ultimately the facts are reversible. His knowledge Christos Zerefos, Omot. Professor of Geography and Climatology at EKPA and Secretary General of the Academy of Athens are enlightening. The distinguished academic is sounding the alarm about the consequences and costs of the climate crisis, sending a resounding message to world leaders: the hourglass is empty if we do not act immediately and based on current data.

We see the planet as a hotbed of extreme weather events. We saw severe floods in Italy, Australia and of course we all saw the theomenia strike in Agia Pelagia, Crete. at the same time aggressive droughts are recorded in various parts of the planet, such as the one in Memphis, Tennessee and the legendary Mississippi. In fact, it is a frequent phenomenon that the drop in sea level is such that ancient monuments or entire settlements that were once covered by water are revealed. What does this mean; Is this crisis treatable? Can we turn it around?

XZ. These extreme phenomena have troubled not only scientists now, as in the past, but also politicians. That is why many politicians, including the Greek government, have adopted the term climate crisis to describe climate change caused by humans. Man, with the economy he developed based on carbon and hydrocarbons, releases gases into the atmosphere, which do not allow it to cool down, and thus the whole earth has suffered a kind of fever, a destabilization of the thermoregulatory system in humans and animals, but in the case of the planet it is climate destabilization. This destabilization has a very high cost. If we do nothing, its global cost is projected to exceed $130 trillion by the end of the 21st century. We reached the point of having so much rain, that is, about 140 tons and for another 160 tons within a short time in Crete. The opposite of these is drought. Eastern Greece – and especially the southeast – is really at risk of drought phenomena that will show their “greatness” after 2060-2070.

We observe, as happened in Crete as well as in other European countries and in the USA, rainfall characterized by particular severity, i.e. great speed and intensity, a lot of water in a short period of time, which makes the phenomenon even more destructive. The progress of science that is leaps and bounds can give us the hope of predicting these phenomena so that there is timely provision for future data. An advance estimate for example. Because we saw that in the case of Crete it was a very unexpected weather phenomenon for which no one had warned.

XZ. Exact magnitude of how many tons of water will fall, how heavy the intensity of the rain will be, it is difficult to get an accurate picture, unless it is a few hours before the phenomenon. But here there is a synergy of many factors, it is not just a matter of extreme precipitation from the sky. There are also interventions made in the road network, in the drainage of rainwater, for example, if we dam streams, we automatically know that one day we will drown from this act.

So we must look for the causes in the vulnerability of cities, not only in natural phenomena.

XZ. Of course, this is why societies together with local government officials must plan, not improvise, plan with the new data of the climate crisis, and not with the data written in the books 30-40 years ago.

A global climate relay is currently underway, with Egypt and the UN climate summit as its terminus, aiming to deliver the message that climate time is running out if we don’t take action. What message would you send to world leaders in this phase we are in, a phase in which the climate crisis is already showing its teeth?