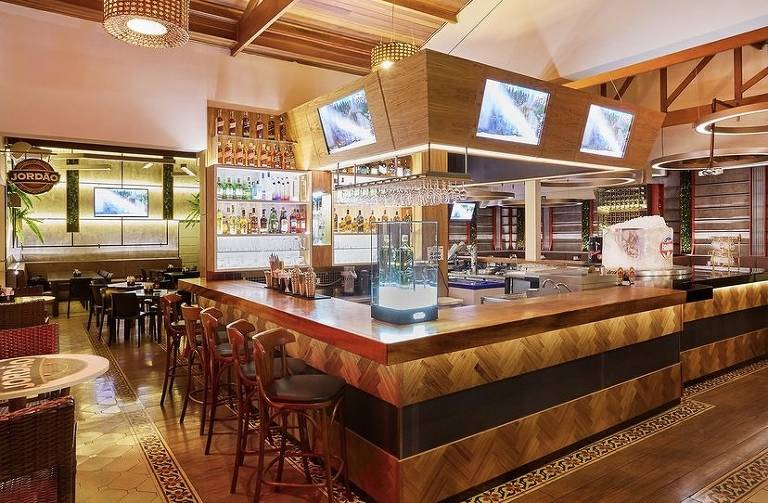 Libertadores final between Flamengo and Athletico-PR is shown in bars in SP; see options

The final of the Copa Libertadores, the main championship and football in South America, is scheduled for this Saturday, the 29th, the same weekend that Brazil will find out the results of the elections. Flamengo and Athletico-PR will compete for the cup and the spot in the FIFA Club World Cup, in a match scheduled for Guayaquil, Ecuador.

Although neither team is from São Paulo, the Libertadores final invades bars in São Paulo from 5 pm onwards, washed down with glasses of beer and snacks.

Here are some addresses that will broadcast the game, including a Rio bar recently arrived in São Paulo, to follow the dispute between Flamengo and Athletico-PR.

The bar has been operating since 1952 in Rio de Janeiro and had a branch opened earlier this year in São Paulo. The house in São Paulo is divided into two floors, one of which is open-air. There you can find the boy beer for R$6.50 and feijoada that serves four people for R$200.
R. Girassol, 384, Vila Madalena, west region, tel. (11) 94451-7195, Instagram @boteco_belmonte

One of the most traditional in Vila Madalena, with its black and white checkered floor and wooden tables, the Branch will have a television hanging on one of the walls to entertain customers who want to watch a football match. On the menu, there are snacks such as the rice ball with broccoli cream, which costs R$ 32 and comes with eight units.
Fidalga, 254, Vila Madalena, west region, tel. (11) 94745-8186, @barfilial

For those who want to accompany the game with a good roast, one option is the Jacaré, which specializes in grilled meats. The bar, which rescues noble cuts, also includes vegetarian options and brings diversity to the grill.
R. Harmonia, 305, Vila Madalena, west region, tel. (11) 94745-8186, @jacarevilamada

Located in Tatuapé, the bar has drinks and draft beer as a highlight of the menu. As for gastronomy, the house offers dishes with European touches to classic pub food and desserts with chocolate covered mugs.
a. Apucarana, 1452, Tatuapé, east region, @jordaobar

Opened 15 years ago, the bar offers an outdoor area with lots of greenery and also has an artificial lake with a waterfall and three huge century-old mango trees, with tables arranged under them. In the indoor hall of the house, the final between Flamengo and Athletico-PR will be shown to customers.
a. Arapiraca, 152, Vila Madalena, west region, @pedemanga