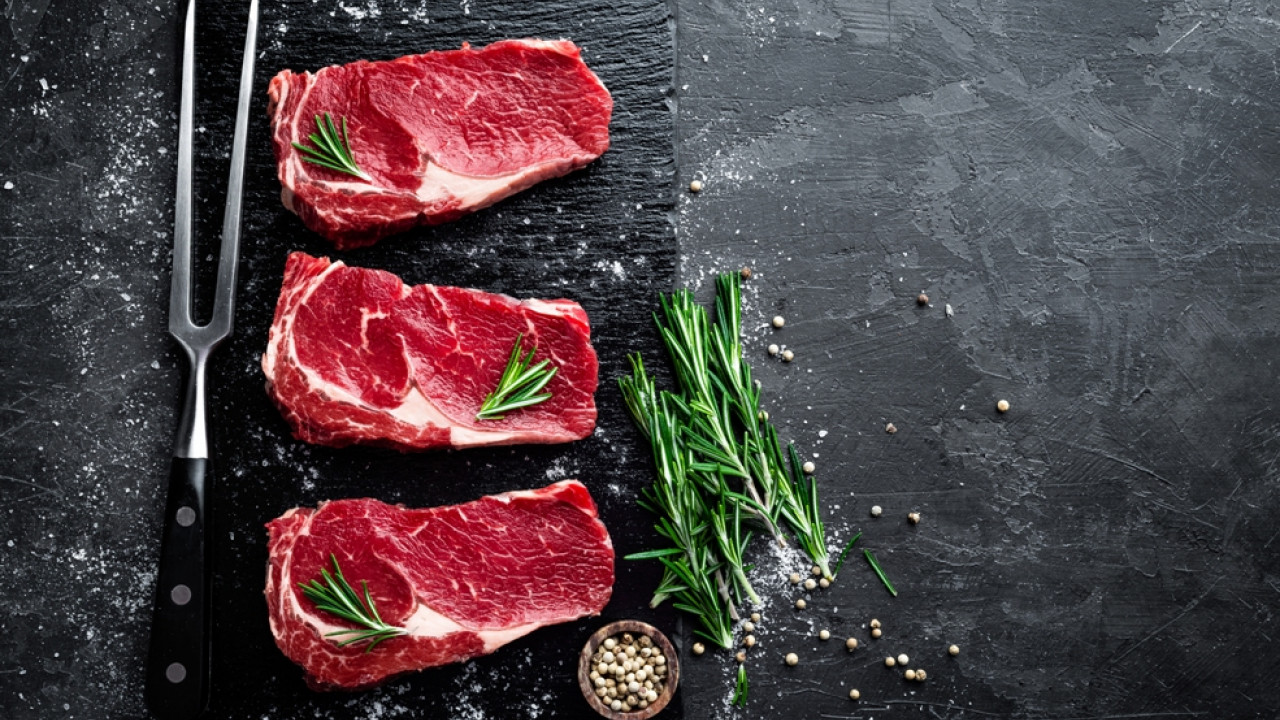 Greece is a country of omnivores – First among 11 European countries, we consume more than 3 kg of meat per month

Greece has the highest percentage of omnivores among 11 European countries, but vegans and vegetarians are steadily increasing

Greece has the highest percentage of omnivores among 11 European countries, as more than seven out of ten consumers (73%) declare that they belong to this category, consuming up to 3.3 kg of meat per month.

However, almost one in two Greek men and women (49%) wishes to reduce meat consumption, while consumers are also open to the possibility of trying cell culture meat (at a rate of 49%), but also foods that utilize protein from insects (one in four or a percentage of 26%).

In addition, more than eight in ten omnivores (82%) agree – despite eating meat themselves – that there are reasons to become a vegetarian, with the most important motivation being the improvement of animal treatment, followed by health and the environment.

In this setting, the “tribe” of flexitarians (consumers who follow a flexible diet, with reduced meat consumption) appears as a “frontrunner” in the area of ​​plant-based foods and the shift that is gradually observed towards it, whose members are most commonly observed in the ages over 45 years old (rate 55.7%).

Vegans and vegetarians are steadily increasing

Speaking to APE-MBE, the president of the Greek Association of Vegetarians, Suzana Isaakidou, points out that vegetarianism is expected to increase significantly in Greece in the next few years, “building” on a trend that was strengthened during the pandemic.

“In the last two years, with the pandemic – which led more people to a healthy diet – and the climate crisis, which highlighted intensive animal husbandry as one of the important reasons for the environmental burden, a dynamic trend for the development of vegetarianism was created in Greece as well. In addition, the desire and demand of the younger generations for a fairer treatment of animals contributes in this direction. The study shows that even omnivores think there are reasons to be a vegetarian. So when the conditions are created so that plant-based products become more attractive to consumers, then we will see the trend of vegetarianism developing rapidly,” says Ms. Isaakidou.

How can these products be made more attractive and what should the industry do to achieve positive developments? As Thomas Vassaras, representative of the V-Label company, which to date has certified -as suitable for vegetarians and vegans- more than 600 products from around 100 businesses in Greece, tells APE-MPE, the industry needs to move in three directions: first , to improve the products of plant origin, so that they are liked by a larger part of consumers, which many companies already achieve: “Greek companies carry out research and development, they have the powerful weapon of Mediterranean flavors, while due to their small size and mentality, they have and the flexibility to quickly produce differentiated products on behalf of their foreign customers. They also carry out exports. It is indicative that a Greek company is currently included in the top ten companies with the largest market shares in the USA in terms of vegetable cheese” explains Mr. Vassaras.

Secondly, he adds, there is a need to ensure wider availability of these products, by “unlocking” more of the food distribution networks, which are mainly supermarkets (84%) and street markets (7%). Today, a small percentage of certified herbal products have access to these networks. Third, he says, the industry needs to provide more attractive prices. Prices can fall through achieving economies of scale, which in turn requires greater access to distribution networks, as high turnovers create conditions for lower production costs – and therefore the possibility of lower prices. However, the opportunity is also obvious for companies that are traditionally active in the meat sector, which are now “putting” plant-based products on the market.

How much meat do we eat in Greece and how tempting are plant-based foods for Greeks?

Greeks consume meat and dairy more often than the average European, but they eat eggs and fish/seafood about as often. Flexitarians consume 900-1500 grams of meat monthly while omnivores more than double the amount (2250-3350 grams). Focusing their analysis on responses indicating low and sporadic meat consumption (from zero to three times a month), the researchers found that only 7% consume meat less than once a week and only 5% dairy with similar frequency (the respective percentages for Europeans are 29% and 18%).

The flexitarians were asked about the consumption of plant-based alternatives. Their answers show distrust towards these products, but also reluctance to try them. The main reasons they do not prefer them are, as they state, the high price (35%), the not so good taste (21%), the lack of a sufficient range of options (21%), but also the concern about how healthy they are (14%).

In the meantime, it is also confirmed in Greece that the adoption of more sustainable nutritional conditions is easier for women compared to men. Women are to a lesser extent omnivores (67% versus 78% of men) and to a greater extent flexitarians (29% versus 20%).

Percentage-wise, the largest part of flexitarian consumers is located in Athens and the smallest in the islands. In Athens and mainland Greece there is still 3% who declare themselves vegan or vegetarian, with the percentage being almost zero on the islands. This distribution can also be explained by the access to more choices of plant-based foods and alternative products that residents in Athens may have, while on the islands access to such products is more difficult. On the other hand, a remarkable percentage of omnivorous consumers is found on the country’s islands._

Facebook
Twitter
Pinterest
WhatsApp
Previous article
Rapist P. Falirou: He was also recognized by a fourth girl – His photos will soon be published
Next article
Hamilton: “I get booed all day in Mexico”