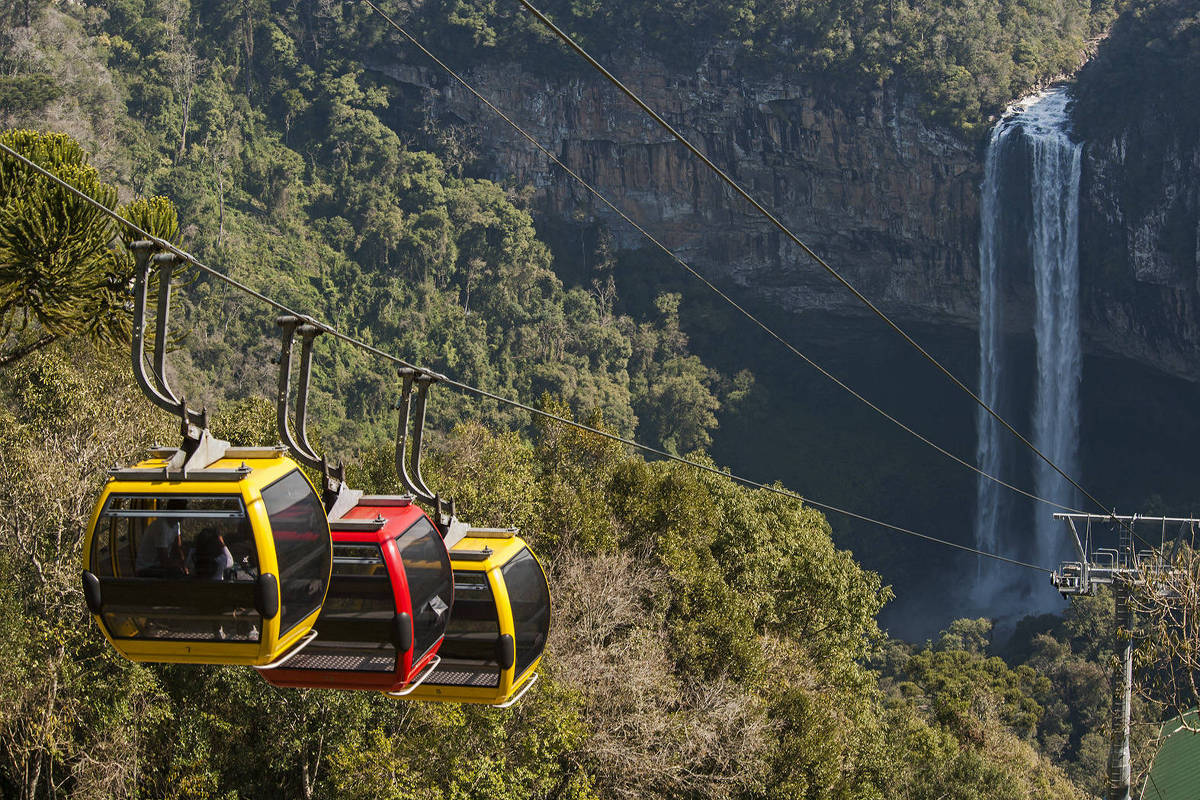 Serra Gaúcha is also a good destination for summer vacations.

The Serra Gaúcha can be a good option for tourists during their summer holidays, after all, not only do cities like Gramado, Canela or São Francisco de Paula live from the cold —they are places with attractions at all times of the year.

With the best infrastructure in the region, including hotels, Gramado has activities for the whole family, such as the only indoor water park in Brazil.

Acquamotion Gramado Termas Park is also among the ten largest indoor parks in the world. The attraction is open in the four seasons, with seven pools of thermal waters – one of them has waves and the other, a bar.

Outside the park, the Nascente das Águas Mágicas opens the way for the waters of the Guarani Aquifer to travel 890 meters to reach the pools at the ideal temperature, whatever the weather outside.

But, if the visitor is after the cold in the middle of the Gaucho summer, the suggestion is Snowland, a snow theme park, much sought after by tourists from the southeast and northeast regions of the country.

Half of its 16,000 m² are dedicated to experiences with snow, in the area divided into two large environments: Snow Mountain, for those who enjoy sports such as skiing and snowboarding, and the Alpine Village, a mini shopping center inspired by the Swiss valleys, which includes an ice skating rink. The temperature in the park varies between 18ºC and -5ºC.

In the gastronomic part, Gramado has more than 400 establishments, to please the varied palates. At Werdum Premium Meats, you can try a typical Gaudério roast in an atmosphere that unites a restaurant, parrilla and meat boutique.

The second floor of the house is themed, dedicated to martial arts, a tribute to the creator of the brand, Fabrício Werdum, a former UFC champion.

Children will probably prefer Hector, a hamburger place inspired by the Harry Potter universe, with a train station decor.

With its own characters, such as the dragon Hector, the space invites you to an experience that mixes legends and fantasy stories while tasting hamburgers and other snacks.

Close to Gramado, Canela is considered a sister city, due to its similar characteristics. Anyone looking for a walk in the middle of nature can go to the Skyglass, one of the largest steel and glass platforms in the world, which extends 35 meters into the Vale da Ferradura, a place with an exuberant ecosystem.

More daring visitors can take a ride below the platform, on a monorail with chairs suspended 360 meters above the Caí River.

Still in Canela’s nature encounters vibe, Parques da Serra bring 25 hectares of native forest and the famous Caracol Waterfall, 131 meters high, one of the main postcards of the south of the country. You can also ride the cable car and take trails to the waterfall.

Less popular in the mountains, but equally charming, appears São Francisco de Paula, or São Chico for the intimate, 45 km from Gramado.

It is another ideal place for those looking for a connection with nature and peace of mind, as attested by Mátria Parque das Flores, considered the largest flower park in Latin America — and the second in the world, behind only Keukenhof Park, in the Netherlands.

Mátria has a collection of 9 million seedlings, 12 thousand trees planted and 300 species of flowers spread over 30 beautiful gardens. During the tour, visitors can see gardenias, camellias, daisies, verbena, magnolias and even a beautiful 102-meter tunnel formed by wisteria. Guaranteed peace of mind.