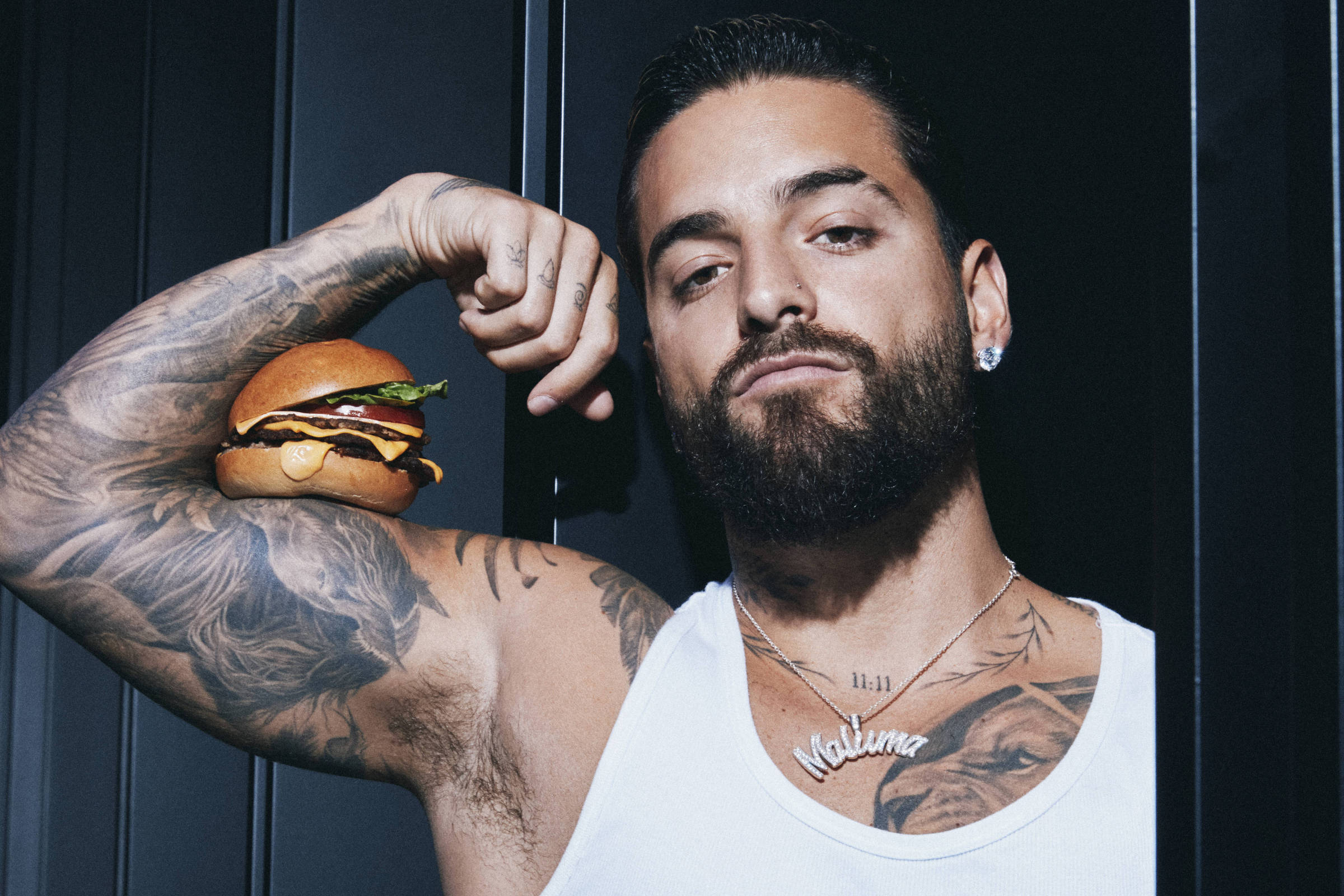 Maluma launches Dembow, delivery hamburger shop that even has a starter service

Dembow is the name of a danceable Caribbean rhythm born in the Dominican Republic, with roots in Jamaican dancehall and which inspires compositions by reggaeton artists. And it is also the name of the new hamburger joint launched by the Colombian singer Maluma.

The diner works only for delivery and delivers hamburgers and hot dogs in packages with phrases like “Gratitude for the Latin flavor”, “With all the Latin flow” and “Beautiful outside and inside” — some of them in Spanish. In the photo on a flyer, Maluma wears sunglasses and poses as if he were going to bite into a hamburger.

The digital hamburger joint of the Colombian star, known for hits like “Hawai” and “Sobrio”, was launched three weeks ago in four countries: Colombia, Mexico, Peru and, of course, Brazil. In all, the service is distributed in 17 cities. Orders are placed through the Rappi app.

The house bets on super smashed style hamburgers, with very thin discs of meat flattened on the plate for just a few seconds, forming a crispy crust.

Despite the impressive numbers, the business seems to have started off on the wrong foot in São Paulo. When Guia ordered the brand’s snacks for delivery, on the last 10th, a week after the premiere, salad for sandwiches and hot dogs were not available.

All that was left was to order the simplest hamburger among the five on the menu, the classic. It is made with two 60g discs of meat, two slices of melted cheddar cheese and a sauce called Magia. The combo, with soda, fries and that sauce, costs R$49.90.

The condiment is delivered separately, in a small jar, which arrived open and made a mess in the delivery bag. Which wasn’t a problem: it’s made with mayonnaise, tomato sauce, mustard and pickles, but it has an undefined flavor, which doesn’t resemble any of the ingredients. It ended up being sidelined.

The fries, cut crinkle-style, turned rubbery and tasted artificial as soon as they cooled.

In a second order, made on the same day, but at night, the hot dogs appeared. The flavors are not very orthodox. The one chosen for the tasting was the simplest on the list, the Philly, with sausage, caramelized onions and gruyère cheese as a filling on a soft bread.

In São Paulo, snacks are prepared by the Get Smashed brand, revamped with the Colombian singer’s face. Deliveries are made in ten neighborhoods in São Paulo: Santa Cecília, Lapa, Berrini, Itaim Bibi, Pinheiros, Bela Vista, Paineiras, Vila Guilherme, Santo Amaro and in the Raposo region.

Not all menu items are available daily. After queries to the service on different days and times, the menu offered lacked stability.

At the end of the meal, the impression remains that the snack bar is more concerned with the brand than with quality —and, with that, it delivers a beginner’s service, despite the Colombian’s brand. Among so many snack bar options on delivery apps, Maluma’s doesn’t stand out. But maybe it pleases your fans.

Facebook
Twitter
Pinterest
WhatsApp
Previous article
Greece’s checkmate move for the natural gas cap: All the background and the “bra de fer” with the Commission
Next article
Mbappé has to understand that Messi and Neymar are bigger than him, says Daniel Alves