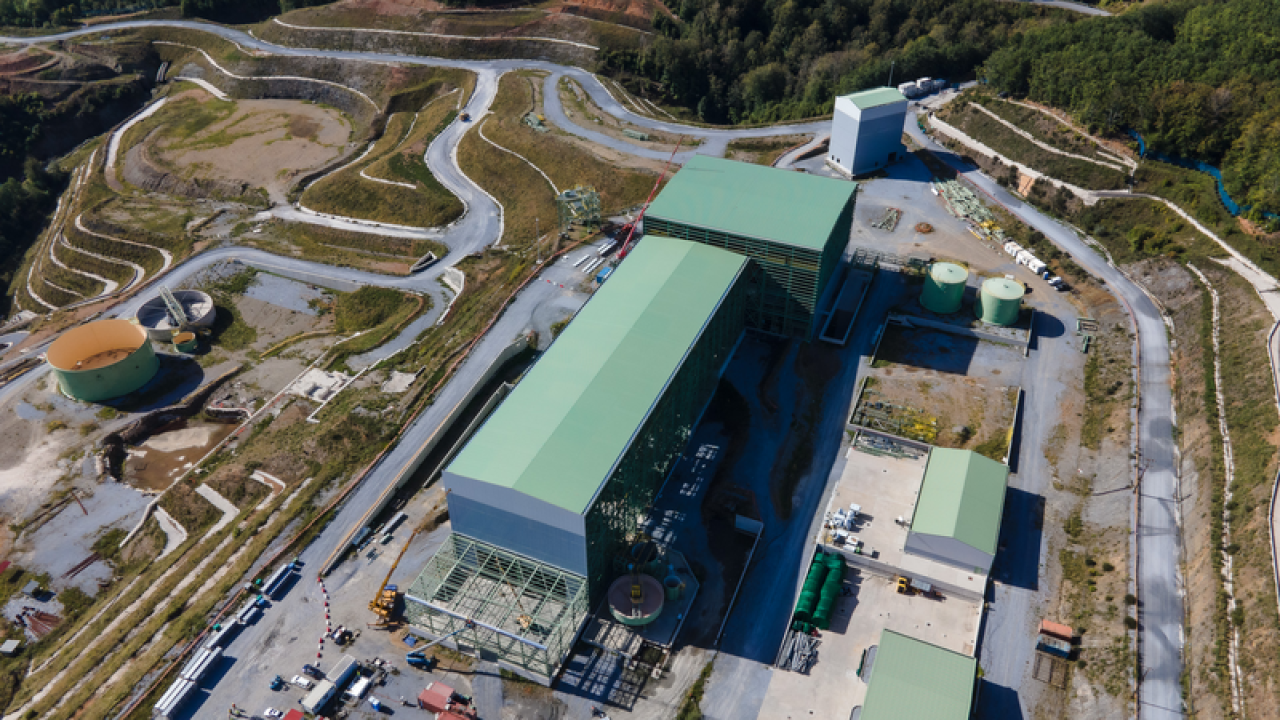 With an eye on the future, it plans and launches a project with modern specifications, aiming to further reduce its environmental footprint. The adoption of internationally recognized practices in the protection of the environment optimize the industrial activity, so that it leaves only a positive economic footprint in the areas where it operates. Some of them are described below.

New technologies for a 40% smaller environmental footprint
The mining projects of Ellinikos Chrysos adopt the Best Available Technologies for the protection of the environment, with the most important being the Dry Deposit technology, the most modern and safe method of managing the mineral residues remaining from the processing of the ore.

In addition to the impressive water savings achieved by dehumidifying the residues, this technology contributes decisively to the reduction of its overall environmental footprint, due to the reduced volume to be stored, as well as to the increase in geotechnical safety since the solid form of the residues improves their geostatic behavior compared to the initially wet one.

Since the application of this technology at the Skourion project, the required tailings disposal sites have been reduced from two to one, which in practice translates into freeing up a stream and reducing the project’s environmental footprint. by 40%.

New Integrated Waste and Water Management System of the Skourion mine, will cost around 130 million euros and, in addition to the safe deposit of mining residues, will also guarantee the maximum protection and utilization of water.

Environmental accountability and transparency throughout the mining activity
Greek Gold, with a heightened sense of accountability towards the local community, has designed and implements the award-winning Environmental Monitoring Program, one of the most sophisticated corresponding programs in Europe, which monitors and records, among others, indicators such as water and air quality, of the soil and other parameters, at more than 400 control points, publishing the data in real time on a special online platform accessible to all.

At the same time, the company is carrying out one of the largest environmental restoration projects of areas from previous mining activity, having removed 3 million tons of mining waste to date. One of these spaces has given way to one of the largest nurseries in Europe, which is located in an environmentally restored area within the Olympiada mine and hosts 1,000,000 plants of endemic and local species. Through this, in addition to the needs of the environmental restoration projects, the needs of the local community and the relevant municipalities are also covered.

In Skouries, where a combination of underground and surface exploitation is planned, the mineral residues will be recycled and reused both for filling the underground galleries through the technology of stone filling, and for the open pit which will have completed its mission earlier and will be fully restored as to his physical condition.

Facebook
Twitter
Pinterest
WhatsApp
Previous article
Ariana Grande: She’s In Love With Her Husband And She Wants Everyone To Know It… – Posted Rare Photos
Next article
Iran: Security forces kill 27-year-old who was celebrating the defeat of the USA in the World Cup