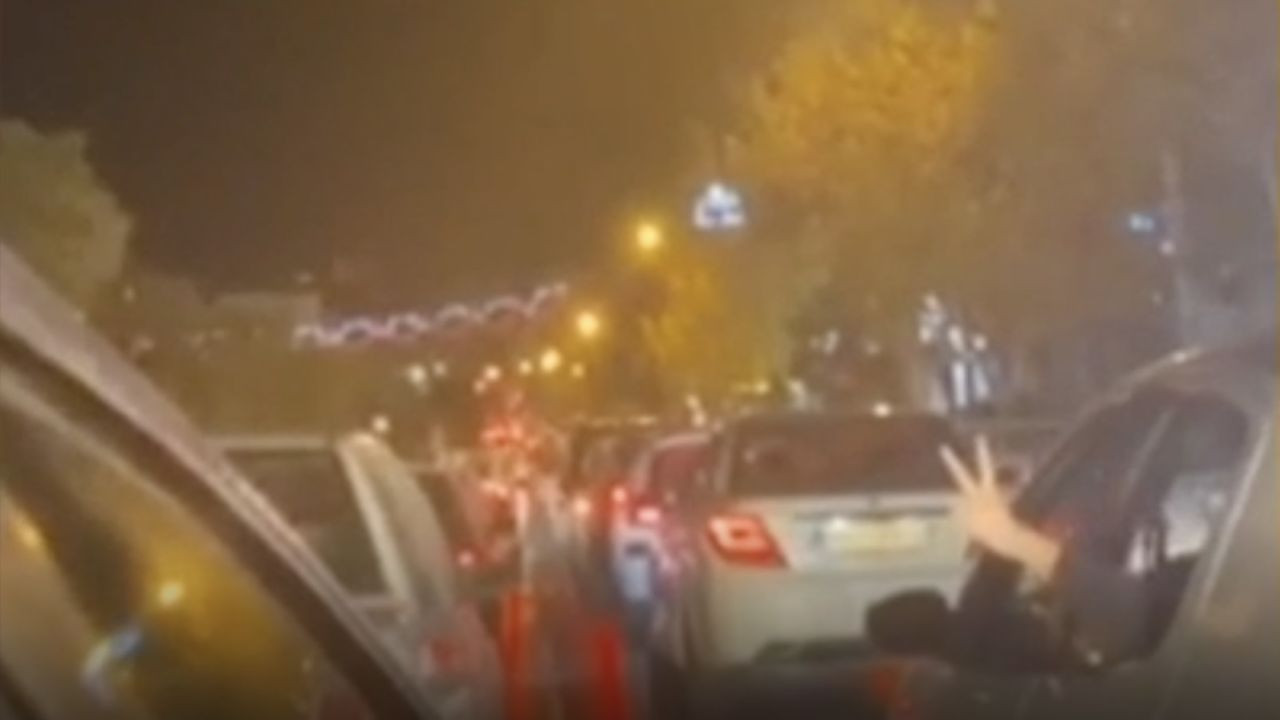 Mehran Samak, 27, was shot and killed while honking his car in the Caspian Sea coastal town of Bandar Anzali.

An Iranian citizen was killed by security forces while celebrating the defeat of his country’s national team against the United States (1-0) in the World Cup, as revealed by Iran Human Rights (IHR), based in Iran in Oslo.

Iran’s defeat last Tuesday in Doha by the “sworn enemy” and exclusion from the rest of the World Cup caused scenes of both joy and despair among Iranians, in a country divided over the protest movement that began two months ago.

Iranians celebrate The Islamic Republic of Iran’s loss at #FIFAWorldCup in Qatar.

Iranian protesters disown the football team that they deem as a part of the oppressive Khamenei regime.

Mehran Samak, 27, was shot and killed while honking his car in the town of Bandar Anzali on the Caspian Sea coast northwest of Tehran, according to the human rights group.

The young man was “immediately targeted and shot in the head by the security forces, after the defeat of the national team by America”, according to the relevant announcement of Iran Human Rights.

Another NGO, the Center for Human Rights in Iran (CHRI), based in New York, also claimed that the young man was killed by security forces while attending the celebrations.

Unbelievable‼️#Mehran_Samak a young Iranian man was shot dead in his car #Anzali after the Mullah team lost in #QatarWorldCup2022 to USA.His crime was beeping in his car peacefully‼️his last story still is up on his profile‼️This regime MUST go #IranRevoIution2022
#مهران_سماك pic.twitter.com/UEK1D777FR

Iranian international midfielder Said Ezatolahi, who was born in Bandar Anzali and played in the match against the United States, revealed he knew Samak and even posted a picture of them together on a youth soccer team.

“The news of your death set my heart on fire,” Ezatolahi wrote in an Instagram post, describing Samak as his “childhood teammate.”

Iran player Saeid Ezatolahi has shared on his Instagram story that his childhood teammate Mehran Samak was killed by Iranian authorities last night after the USA match:

“After last night’s bitter defeat, the news of your passing has set my heart on fire.” 💔#IRN #FIFAWorldCup pic.twitter.com/ccrraXLTbY

According to the BBC, the funeral of the deceased was held in Bandar Anzali in the presence of strong security forces. In a video of the funeral, published by CHRI, the crowd gathered for the ceremony can be heard chanting “Death to the dictator”.

This slogan, aimed at Iran’s Supreme Leader Ayatollah Ali Khamenei, has been chanted by demonstrators at rallies in the protest movement sparked by the death of 22-year-old Masha Amini, an Iranian of Kurdish origin who died on September 16 in Tehran after being arrested by the moral police.

“Death to the dictator!”

Mehran Samak was reportedly shot by security forces in Bandar Anzali, Gilan Province, Nov. 29 as he was driving/honking to celebrate Iran’s loss against the USA in Qatar #WorldCup soccer match.

It is worth noting that, according to the IHR, at least 448 people, including 60 children under the age of 18, have lost their lives during the crackdown on protests by security forces.