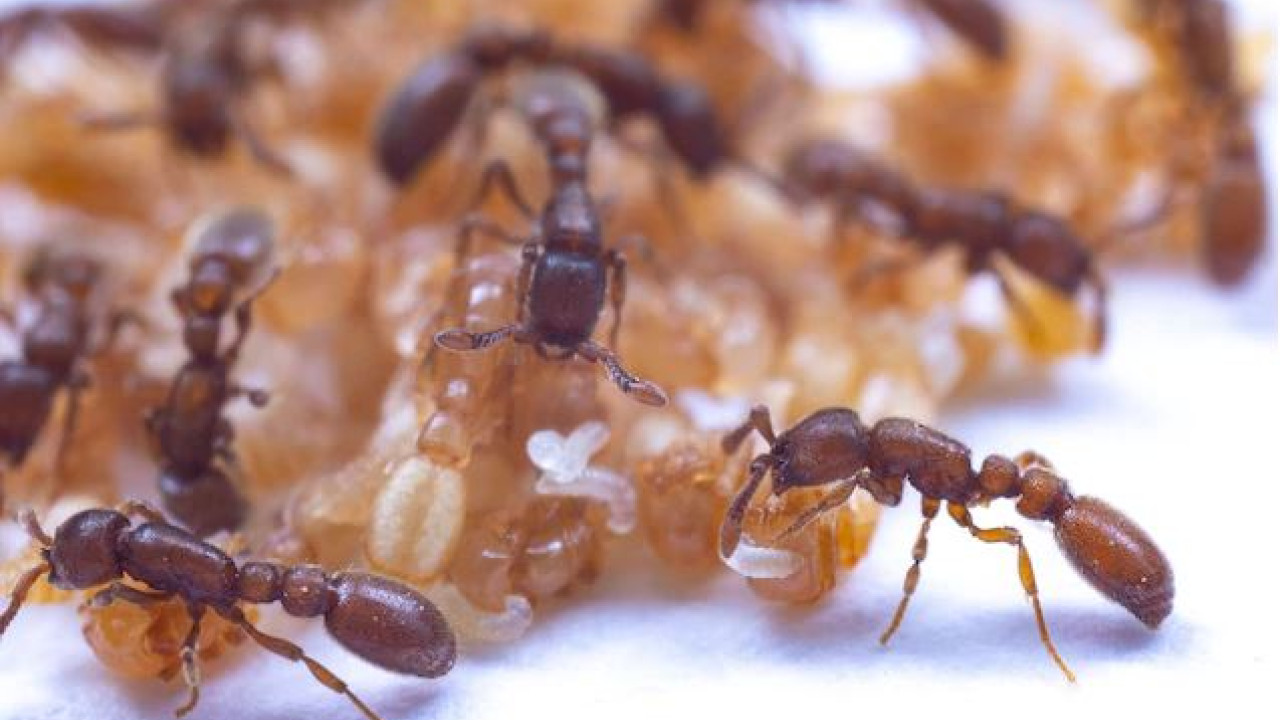 Researchers thought they already knew ants pretty well, but in fact they made a new discovery that sheds light on why ants work as a team.

For more than a century, ant colonies have been the subject of endless research and fascination. The extent to which ants work together as a unit has led some scientists to consider them a superorganism.

But for all the focus on the frantic activities of ants, researchers have rarely focused on the pupal stage of ants, during which they transform from larvae to adult ants.

“They don’t move, they don’t eat, they don’t do anything that’s obvious in all the commotion going on in the colony,” says Daniel Kronauer of Rockefeller University in New York, a scientist who specializes in the study of ants.

In a new paper, Kronauer and colleagues report that often-overlooked ant nymphs provide a critical service to the colony: Their developing bodies create a milk-like substance that provides important nutrients to the rest of the colony. And not just in one species, but in at least one species in each of the five major ant subfamilies.

Such a widespread discovery suggests that milky secretions may be common to many more species of ants, Kronauer says, and that they may have originated early in the evolution of all ants.

The fascinating fluid was discovered by Orli Snir, a postdoctoral fellow who had not worked with ants before joining the Kronauer lab. With fresh eyes, he quickly noticed behaviors that didn’t seem to be explained by the existing scientific literature.

Schneer proposed an unusual experiment. Instead of trying to understand the combined activity within the colony, he decided to observe the nymphs in isolation. It took time to figure out how to keep them alive, but eventually he found the right temperature and humidity level. Then, something very strange happened: the nymphs produced a liquid in a very large quantity. So big, in fact, that many ants were drowning in it, Schneer says.

Soon enough, he observed the adult ants removing the liquid from the nymphs and ingesting it, as revealed by the blue color spreading to their organs. They also often deposited young larvae on the nymphs, which also fed on the fluid and turned blue as well.

A chemical analysis of the liquid revealed that, in addition to other waste products from metamorphosis, it contains all the essential amino acids, as well as many carbohydrates and some vitamins. Nymphs in other insect species tend to reabsorb and recycle these nutrient fluids, Kronauer says.

“This makes ants in different life stages dependent on each other,” says Kronauer. “It’s a kind of social glue that holds them together.”

Deeper research over time is likely to yield more and more discoveries of one of the most widely studied and yet very mysterious groups of insects on the planet.