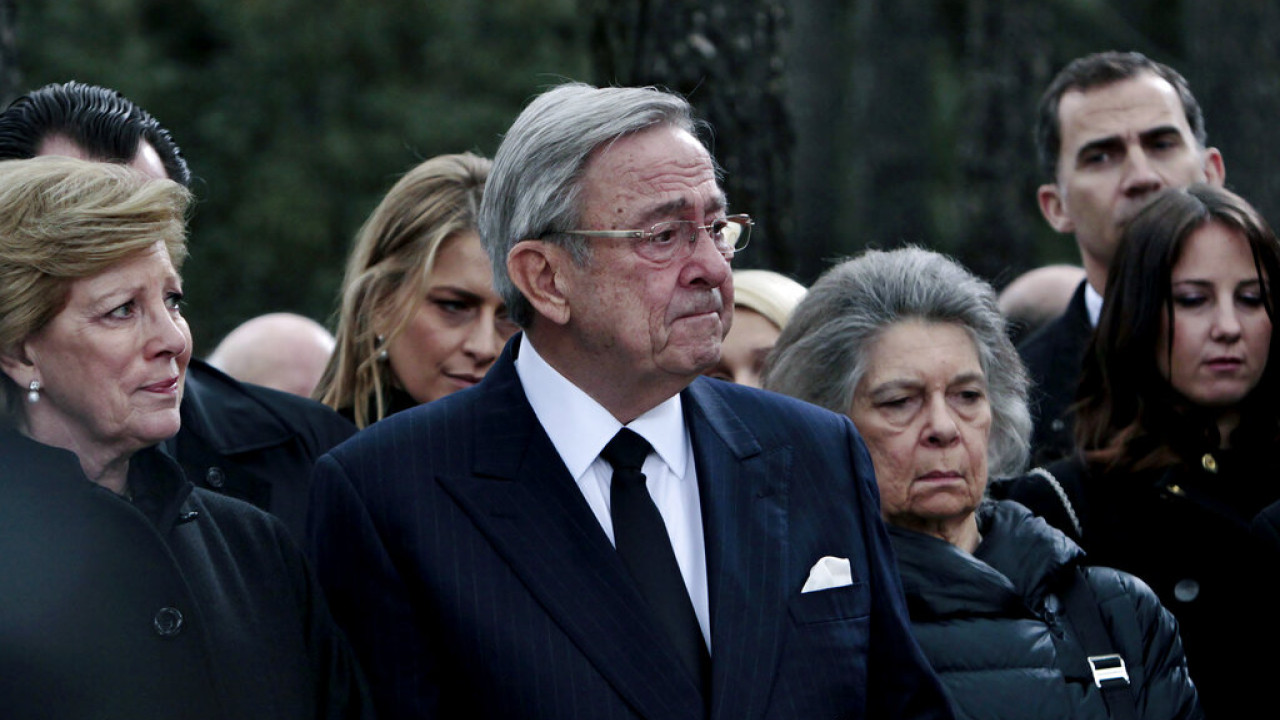 It is possible that the government, in the way it managed the burial ceremony of the former King Constantine, avoided causing instrumentalization and political exploitation of its manipulations by the opposition parties, however, some objections were not avoided within the government faction.

Even before the relevant decision of the inter-ministerial committee to bury the deposed king as a private person and not with the honors of a head of state, in the blue faction there was a surrounding atmosphere which was supportive of the view that the country cannot renounce its history and past and because every political and state issue closed in 1974, he expected different “treatment” in the ritual for the death of the former king.

This view was also expressed by former Prime Minister Antonis Samaras, coming out in front of other colleagues who expressed it more covertly and expressed his objection. After referring to the fact that the former king was the constitutional supreme ruler of the country and the head of the Armed Forces, while he was also an Olympic medalist who honored the Greek colors internationally and that “The Greeks put an end to the institution of Basel – already in 1974” through a referendum , Mr. Samaras noted that “the death of a former supreme ruler, however – beyond the human side – has a symbolic meaning. It shows how the Greeks stand against their History. Democracies do not silence their past.”

A position which was commented on by the government representative, stressing that “Greek democracy is mature and enables us to deal with historical issues without complications. On the other hand, it is legitimate to have people who approach the issue according to their beliefs, feelings and their pursuits”. Yannis Oikonomou, explaining the position and rationale of the government’s decision, also added that “The government must look at the issue as a whole, institutionally and holistically. It should put the overall above the partial and it is not time to cultivate tensions, introversion and discord. What we are aiming for is the management of the future and not the past. The Greek democracy is a modern bourgeois and liberal democracy and is not in danger from anything or anyone.”

The protocol and the official guests

In the procedural part, however, the ceremony can take place without the honors of the head of state, however, it is not entirely clear what will be done with the popular pilgrimage. Although formally it is not foreseen, the body is expected to be transferred on Monday morning to the chapel of Agios Eleftherios next to the Metropolis and then those who want will be able to worship.

The issues of protocol include whether the high priests who will perform the exodus sequence will wear their full high priestly attire, which will give another character to the ceremony. In any case, the family announced that the body will remain in the Church, while most likely, citizens who wish will be allowed to attend the burial in Tatoi.

In any case, attention is directed to the officials and representatives of the royal families of Europe who will be represented at the sacrament, for whom all the procedures provided for in the Protocol for officials from abroad will certainly be observed. A fact that will also give another character to the ceremony, from the one that applied to a private person. ELAS has already started the processes for the security measures and the operational plan for the high-ranking guests who will arrive in our country, among whom – according to information – is expected to be the King of Spain Philip, who is the nephew of the former and the son of his sister, Queen Emeritus Sofia, who is also expected to attend as well as King Emeritus Juan Carlos.

It remains unclear at the moment who will represent the British royal family, with the most likely scenario being the arrival of the heir to the throne, Prince William, who is also the godfather of the former King Constantine, while William’s grandfather Philip, Elizabeth’s husband, was a Glucksburg.

It is also considered a given that the royal family of Denmark will be represented at the funeral, as Queen Margarita is the sister of Anna Maria, that is, the former was her brother-in-law, while the information states that the royal families of Sweden, Norway, Romania, Bulgaria and Serbia.

On the Greek side, the government will be represented by the Minister of Culture Lina Mendoni, while it is possible that the ND MEP Anna-Michel Asimakopoulou will also attend the funeral, as the deceased was her godfather.

Facebook
Twitter
Pinterest
WhatsApp
Previous article
USA: Lisa Marie Presley — Elvis’ only child — passed away at the age of 54
Next article
The political thermometer is in the red