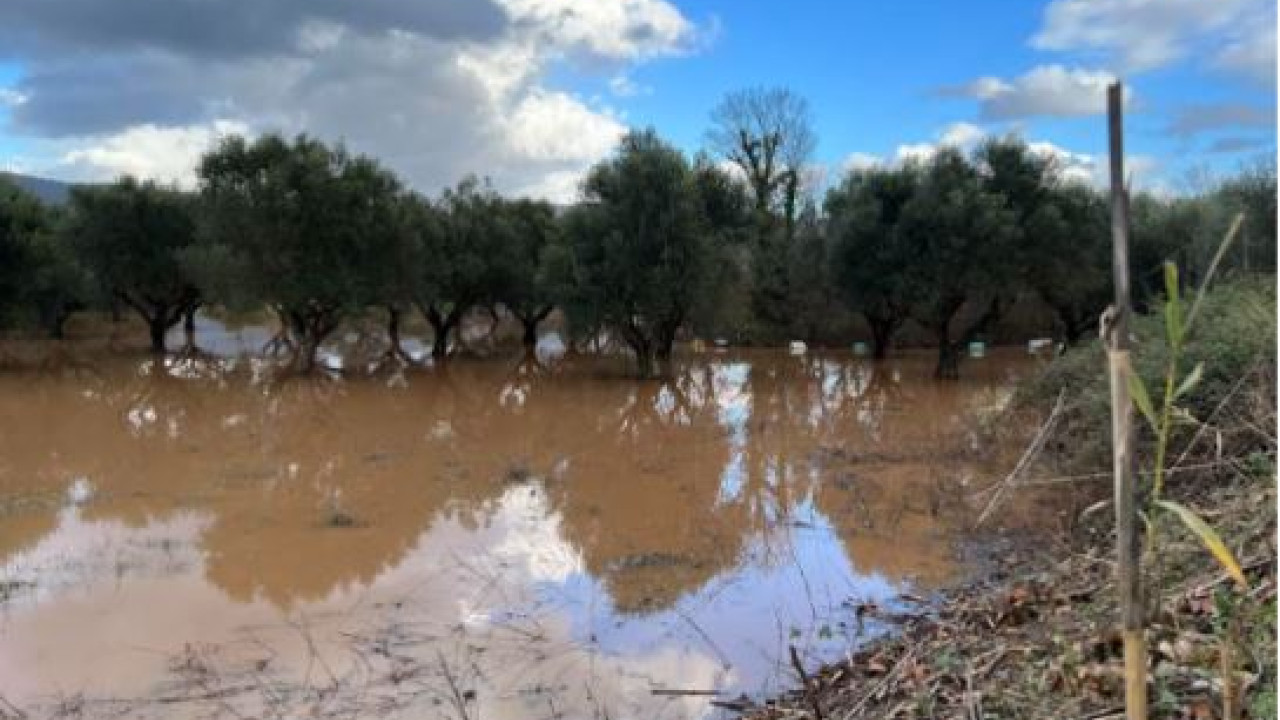 The declaration of a state of emergency for six months in the areas of the Municipality of Oichalia, in Messinia, which were affected by floods last Friday, January 20, is requested by the regional governor of Peloponnese, Panagiotis Nikas, with his letter to the Office of the Secretary General of Civil Protection, today, Monday, January 23 .

In his said document, in particular, the regional governor cites relevant information from the above municipality in which it is pointed out that due to the intense flooding phenomena – due to the rainfall that occurred on January 20 – the areas of Ano Melpia, Kato Melpia, Diavolitsiou, Agrilovouunou, Dasochori and Karnassiou of the Municipal Unit of Andania of the Municipality of Oichalia, suffered “serious damage to commercial businesses, houses, agricultural businesses, sections of the road network, the water supply network”, while there were also “destructions to the technical rainwater drainage works and intense landslides and deposits of transported materials)”.

In the affected areas the deputy governor of Messinia, Andreas Tsoukalas and engineers of the PE of Messinia

On the other hand, today Monday January 23, the Deputy Regional Governor of Messinia, Andreas Tsoukalas, visited the areas of the Municipality of Oichalia affected by last Friday’s floods, accompanied by the head and staff of the Directorate of Technical Works of the Regional Unit.

In the context of today’s visit of the deputy regional governor and the officials of the P.E. Messinia, a record was made in order to continue the work with the aim of immediately restoring the infrastructure in the area, while the technical interventions that will be carried out at specific points were finalized.

An autopsy was also performed in Karnassi, in the area of ​​which anti-flood protection works are being carried out.

The governor’s letter to the G.G. of Civil Protection can be seen here:

Regarding the damages, in addition to the infrastructure on rural roads and to livestock farmers and beekeepers from the floods in Upper Messinia, in the area of ​​Diavolitsio and Kato Melpeia, the thematic deputy regional governor for the primary sector, Stathis Anastasopoulos, reported today.

Thousands of beehives were lost in the mud when a field was flooded, while due to the damage to roads, the access of breeders to their facilities has been cut off. The problem is solved by providing animal feed, while all procedures will be carried out in order to compensate those affected, as stated by Stathis Anastasopoulos.

Facebook
Twitter
Pinterest
WhatsApp
Previous article
There will soon be a solution for Leopards in Ukraine, says Stoltenberg – NATO should not become part of the war, says Pistorius
Next article
Malnutrition is even more worrying in children and the elderly, according to doctors