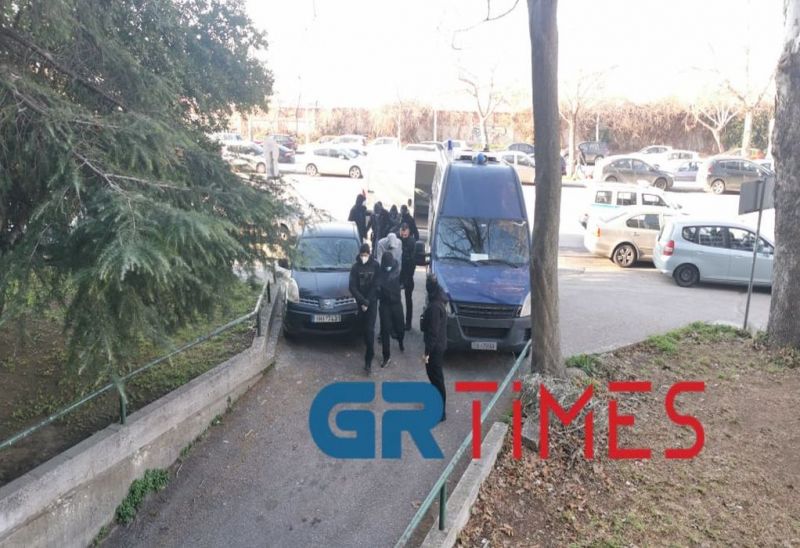 Murder Alki: The other 4 accused arrived in court-See videos and photos

The 4 accused for the murder of a 19-year-old Alki Kampanou, in the area of ​​Charilaou in Thessaloniki.

The accused, including the 25-year-old, who the 21-year-old allegedly showed yesterday in his testimony as the man who managed the fatal stab wounds to Alkis, are expected to apologize to the 7th regular Investigator.

Yesterday (10/2) three more detainees apologized, among them the aforementioned 21-year-old defendant, and with the consent of the investigator and the prosecutor, were sentenced to pre-trial detention. So far, six people have apologized and been remanded in custody in connection with the case.

At the same time, the Security of Thessaloniki continues the investigations for the identification of another person (12th), who is allegedly involved in the murder of the 19-year-old and, according to the information in the case file, was driving the third car.

Meanwhile, the 20-year-old man from Albania, who is accused of the murderous attack against 19-year-old Alkis, was taken to the Thessaloniki police station at midnight and was handed over to the Greek police authorities on Thursday night, in order to face Justice. .

He is expected to be transferred to the Courts of Thessaloniki, where the prosecutor will uphold the arrest warrant against him and then he will appear before the 7th regular interrogator, from whom he will be given a deadline to apologize in the coming days.

He was handed over at the Krystallopigi border station, where he was received by Greek police, accompanied by the Inspector General of Northern Greece of the Hellenic Police, Lieutenant General Konstantinos Skoumas.