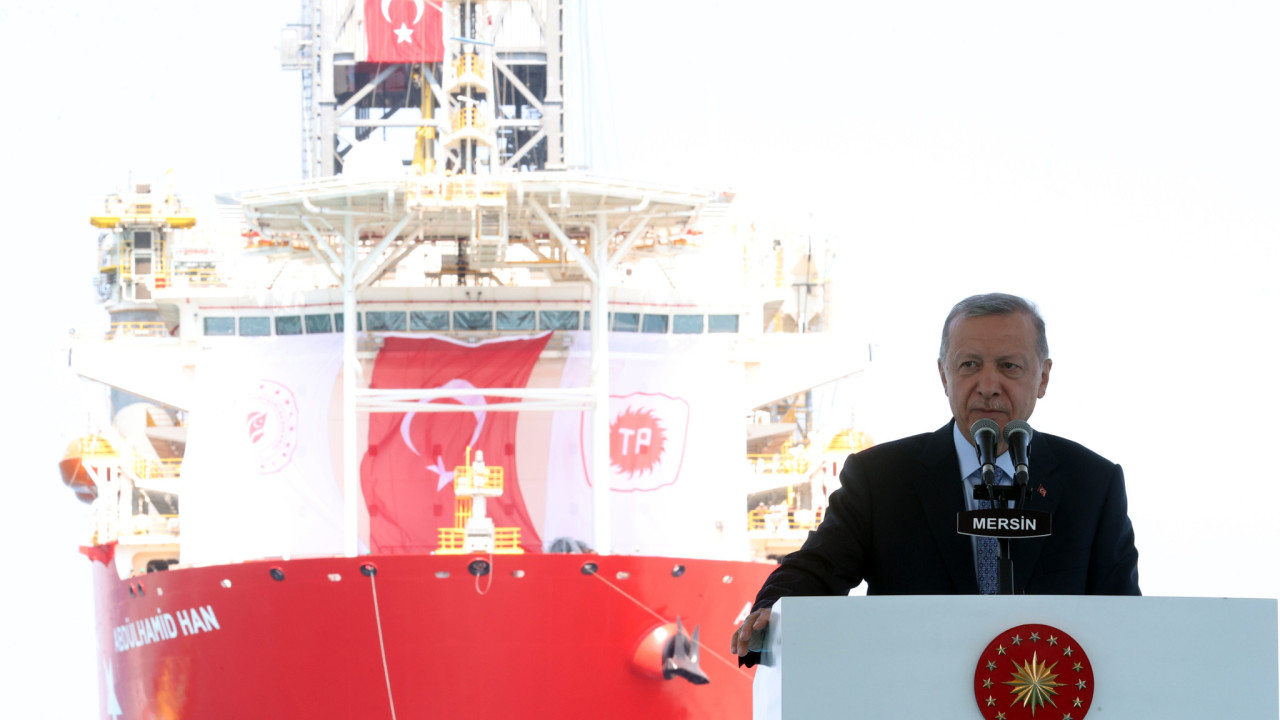 The professor explained that in any case this is a tactical move and that the strategic choice of the “Blue Homeland” does not change in Turkey.

The reasons why the Turkish president Tayyip Erdogan chose at this stage to keep within the Turkish continental shelf the floating drilling rig “Abdul Hamid Khan”, explained the Angelos Syrigos Professor of International Law and Deputy Minister of Education on SKAI TV and the show “Online”.

However, he clarified that this is a tactical move and that the so-called “Blue Homeland” is a strategic choice of Turkey that does not change. “However, Turkey chooses at this stage, and due to the fact that the Turkish elections are not that close, to proceed gradually with aggravation depending on the reactions it will see”, he noted.

According to the professor, the three reasons why Turkey did not do something extreme in the Aegean are:

Mr. Syrigos also explained why the Abdul Hamid Khan will not follow the course of the Oruch Race in the Eastern Mediterranean.

As he said, Oruch Reis is not a drilling vessel, but a seismographic vessel, and this means that it is constantly moving over the seas carrying out surveys.

The Abdul Hamid Khan on the other hand is a drilling rig which means it anchors at a spot and then tries to drill the seabed to find natural gas or oil. “Therefore it is de facto stable,” he emphasized.

Facebook
Twitter
Pinterest
WhatsApp
Previous articleDisney overtakes Netflix, US inflation surprises and what matters in the market
Next articleIn the Southwestern States of the USA they continue the “Cabinland” series