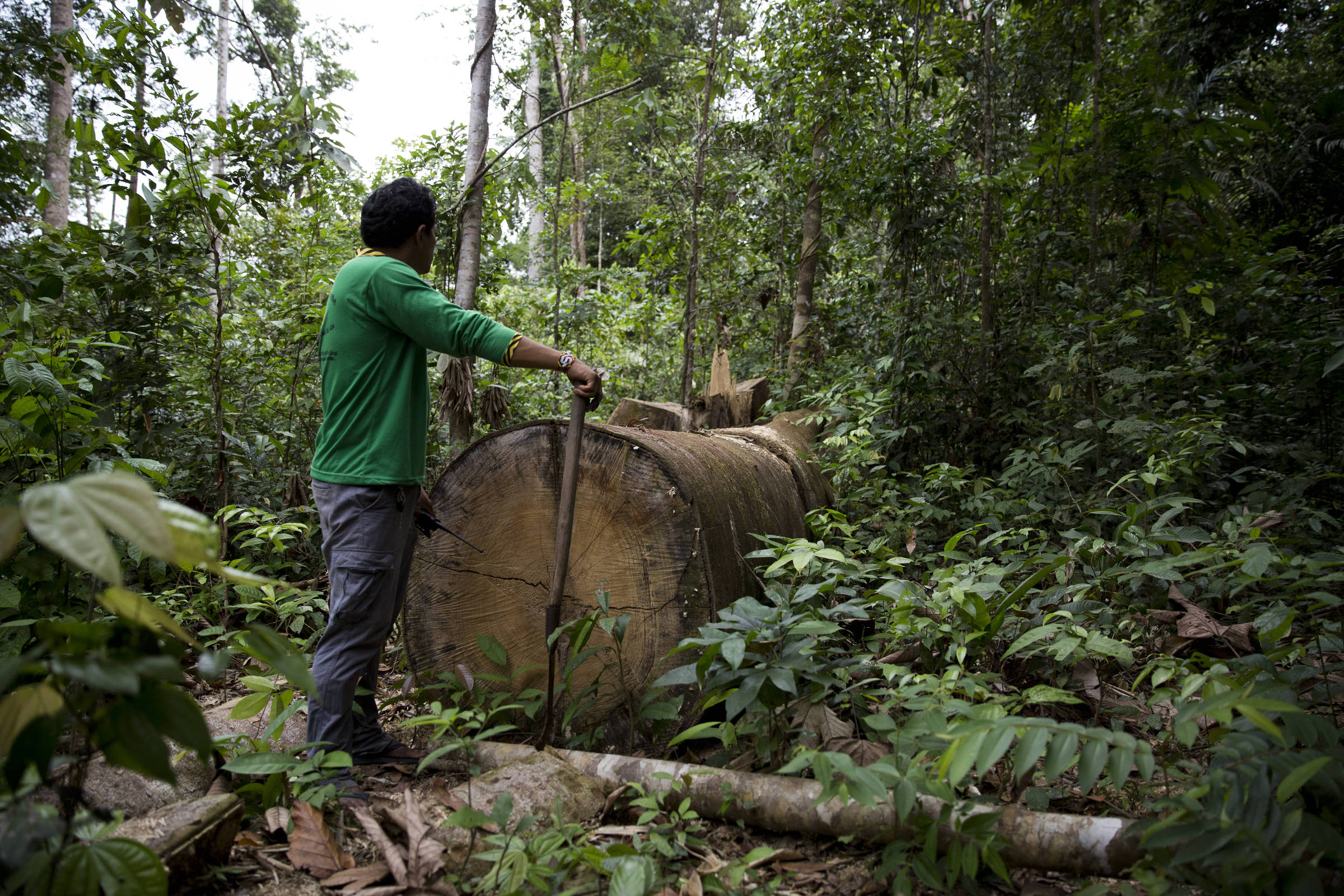 With almost 80% of the Amazon rainforest devastated, Maranhão has the challenge of recovering it

For Maranhão, it is not enough to stop deforestation, it is urgent to reverse the situation of areas already devastated to guarantee the survival of the Amazon forest portion of its territory. The state — one of nine that make up the Legal Amazon — has already lost 76% of its original forest, according to researchers.

Just over a third of Maranhão —where there are 181 municipalities— is part of the Amazon biome. The small portion of forest that remains is close to environmental conservation areas and indigenous lands, which live under pressure from illegal loggers, land grabbers and ranchers interested in the area or its natural resources.

In the most devastated region of the Brazilian forest, there are more than 50 species threatened with extinction. Along with environmental destruction, Maranhão faces historic and violent conflicts over land.

It was the second Brazilian state with the most murders in the countryside last year, according to a report by the Pastoral Land Commission. In 2021, 9 of the 35 such murders in Brazil took place on Maranhão soil. Quilombola and indigenous communities, which play an important role in environmental protection, are often the main targets.

“The land conflicts are directly related to actions to destroy the biomes. This has a very high social and environmental cost for Maranhão”, says Diogo Cabral, a lawyer and researcher at the State University of Maranhão.

The state is among the four in Brazil that most deforested between 2019 and 2021, according to the Annual Report on Deforestation in Brazil, by Mapbiomas. The high degree of degradation is the result of exploration that dates back to the colonial period and crosses the three biomes of Maranhão: the Amazon, the cerrado and the coastal zone.

The exploitation of resources and deforestation in the region, one of the first in the Amazon to be occupied, have left serious social consequences, which today are reflected in one of the worst HDIs (human development indices) in the country, in the scarcity of water and in the scenario of violence in the countryside.

According to activists from traditional communities, the advance of agribusiness in recent years has escalated these problems. In addition, in their opinion, the speech of President Jair Bolsonaro (PL) would be empowering criminals who work in land grabbing and wood theft in the state.

Regarding these problems, the Government of Maranhão says that since 2015 it has implemented measures to prevent and contain agrarian conflicts, with actions that range from protecting victims of violence to mapping traditional communities to direct public policies.

The administration of Carlos Brandão (PSB), candidate for reelection and current leader in research, also highlights projects aimed at environmental conservation and recovery (Programa Maranhão Verde) and to combat fires (Programa Maranhão Sem Queimadas) — the latter in partnership with prefectures. There are currently 15 state conservation units, ten of them in the Legal Amazon.

“The big problem in the Amazon in Maranhão is the lack of Amazonia”, summarizes ecologist Marlucia Martins, a researcher at the Museu Paraense Emílio Goeldi and author of the book “Amazônia Maranhense: Diversidade e Conservação”.

According to the Brazilian Forest Code, 80% of the vegetation contained in rural properties in the Amazon region must be preserved, in the form of a legal reserve. Maranhão, however, decided to use the legal prerogative of reducing this percentage to 50% in consolidated rural areas.

The action, included in the so-called ZEE (economic ecological zoning), was criticized by environmentalists. “This gave the possibility of recovering only 50% of the forest, not 80%”, criticizes Martins. “Despite being very devastated, the forest’s potential for regeneration is still high.”

Most of the preserved forest in the region is concentrated in large blocks in the so-called Mosaico Gurupi, an area of ​​Maranhão and Pará that includes six indigenous territories and a federal biological reserve, with pockets of secondary vegetation (which was reborn after deforestation).

Forest restoration, argues the researcher, is essential to guarantee basic ecosystem services such as water, climate control and food security.

“It is the chance for Maranhão to get out of this latent state of misery, of low HDI, of low health conditions of the population”, he points out. She recalls that Maranhão has been experiencing crises related to water scarcity, a problem associated with river pollution and deforestation.

Researchers and environmentalists point out that the next governor should prioritize the recovery of the forest and increase inspection and remove illegal occupations from the territories. “If the government simply enforces the law, it will have already made an extraordinary contribution to the state,” says Martins.

If reelected, Governor Carlos Brandão promises to encourage reforestation with native species and plant 200,000 seedlings. He, who has already referred to quilombolas as “human beings just like us”, also says he intends to support the creation of “green” cities and strengthen the indigenous axis with bimonthly transfers of R$ 300 per family.

Candidate Weverton Rocha (PDT), second in the polls, proposes in his government plan the organization of a database on the Amazon of Maranhão, with strategic environmental assessments. It also promises the revitalization of the Itapecuru river watershed.

Candidate Lahesio Bonfim (PSC), ranked third in the polls, in turn, intends to encourage the recovery of degraded areas by planting seedlings of native species and strengthen policies to protect rivers and forests.

Facebook
Twitter
Pinterest
WhatsApp
Previous articleRopes message to Turkey: Those who do not respect what the EU stands for cannot benefit from it
Next articleKaterina Sakellaropoulou at the opening of “ANIMASYROS 2022”: A festival with the aroma of the Cyclades