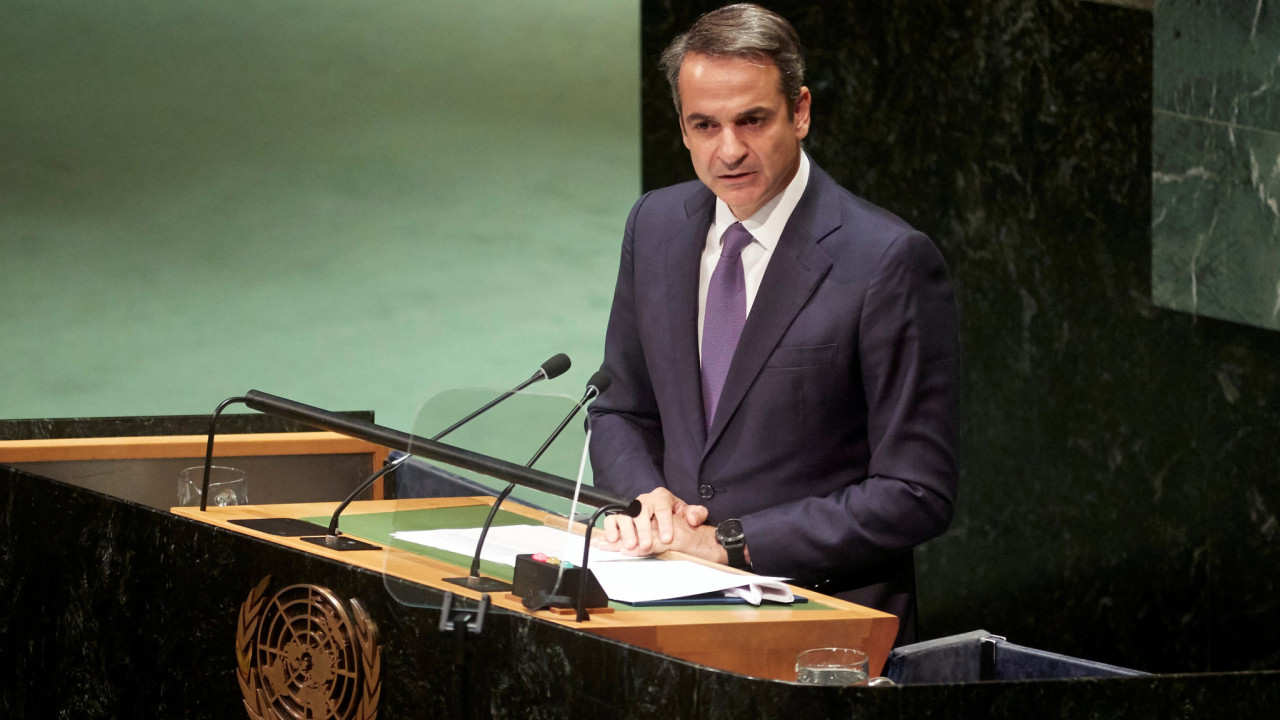 Kyriakos Mitsotakis, from the most official forum of the UN, reiterated the non-negotiable and inviolable red line of Greece which is the defense of its sovereign rights.

With the tripartite International Law, capturing the truth and strong alliances, being the central political line of the government vis-à-vis the Turkish provocation and revisionism of Ankara, the Greek Prime Minister completed his trip to New York sending the message of strong Greece, a pillar of stability in the Eastern Mediterranean.

The speech of Kyriakos Mitsotakis at the UN General Assembly with severity and sobriety at the same time, outlined to the world community the scope and magnitude of Turkey’s aggressive rhetoric and provocation, giving clear answers in what Turkey non-existent claims against Greece and by repeating from the most official step of the UN, the non-negotiable and inviolable red line of Greece which is the defense of its sovereign rights.

At the same time, in contrast to the climate he is trying to cultivate in the relations between the two peoples Tayyip Erdogan, Kyriakos Mitsotakis addressed friendship call to the Turkish people, clearly depicting who is a destabilizing factor in the wider region, in a period of critical geopolitical developments. After all – according to the latest opinion polls in the neighborhood – the vast majority of Turkish citizens do not listen to the hatred and absurdities of their leader against Greece and judge that Erdogan’s actions are part of the desperate efforts to strengthen his leadership profile, which is collapsing according to opinion polls .

Both the speech of the Greek Prime Minister at the important stage of the UN, as well as all of his contacts with the Minister of Foreign Affairs in New York, with the internationalization of Turkish provocation, according to government sources, made the Turkish problem clear and helped to understand the law of Greece against the Turkish paroxysm. The finding by the global community also works as a reinforcement problematic attitude held by Turkey against the war in Ukraine and for the fact that it does not apply sanctions against her of Russia.

Facebook
Twitter
Pinterest
WhatsApp
Previous article
Conscription in Russia: Tougher penalties for deserters – At least 700 protesters arrested
Next article
Elections in Italy: On the threshold of power the extreme right – Europe is waiting