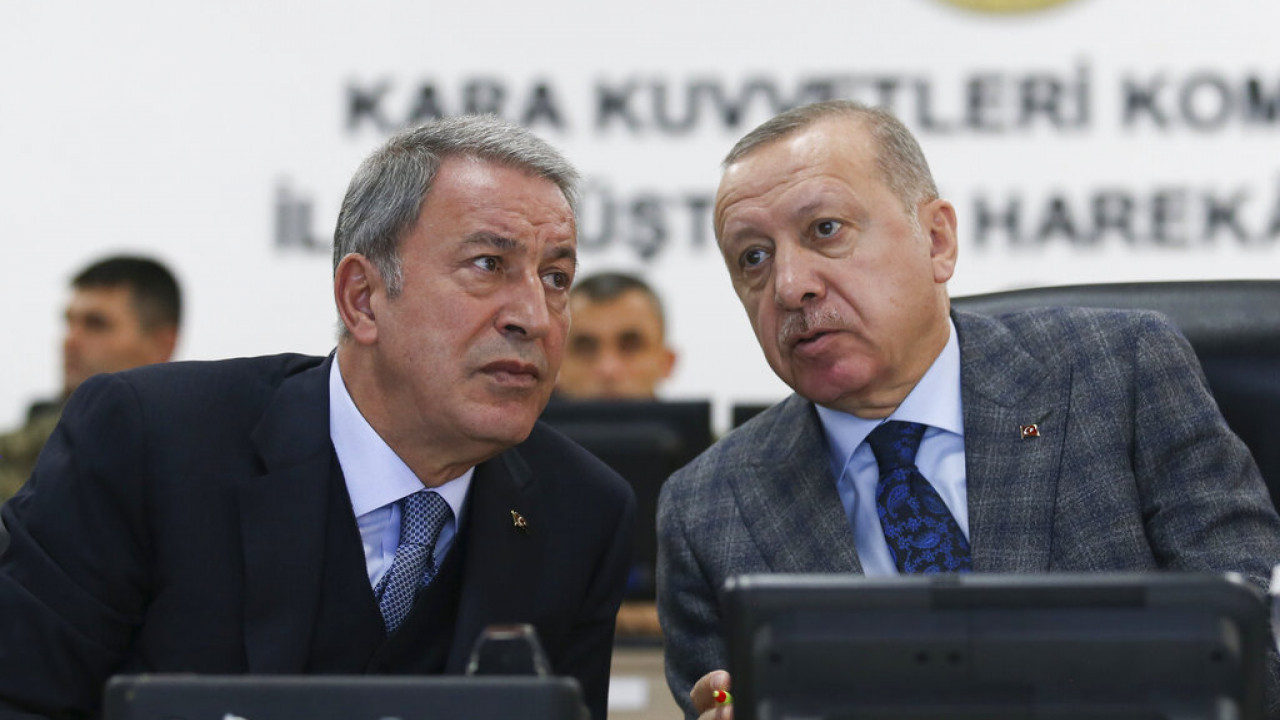 Greek-Turkish: The provocative “hava” of Ankara and the plans of Athens

Given the behind-the-scenes pressure from the West on Ankara to stop the threatening rhetoric against Greece, all eyes are now on the October 6th European Political Community Summit in Prague, which Turkey will also be participating in.

With Ankara having picked up the “thread” of challenges from where it left off before the UN General Assembly, Athens is already planning the next day on the diplomatic chessboard as the messages issued by the Greek Prime Minister from the United Nations do not seem to have been done still understandable by the neighbor.

It is certainly possible that the Turkish President, addressing the international community from the UN platform, “forgot” for a while his neo-Ottoman plans and his revisionist visions by “pretending” the alleged victim of the “Mediterranean neighborhood”, his return, however, his internal audience prompted him to automatically remember them and to continue the hava of provocations against Greece.

“Before the alector calls three” from the UN general assembly, Turkish Defense Minister Hulusi Akar reverted to familiar provocative rhetoric, once again reversing reality and accusing Greece of aggressive behavior.
“They break the rules, they don’t comply with the terms of the Treaties, they don’t act according to the law. Despite this, we always want to meet to be good neighbors,” he said, ignoring the fact that his country has closed every rift in dialogue with Greece.

According to analysts, the fact that the neighboring country is going to the polls in 2023 -unexpectedly- makes the situation difficult, as the government and opposition in Turkey engage in an auction of anti-Hellenism and harsh statements with the aim of winning over extreme nationalist voters. An effort that escalates even further as Tayyip Erdogan sees his democratic collapse, unable to manage and address the vital problems facing Turkish citizens.

In fact, Hulusi Akar did not hesitate to blame Greece for the interruption of the communication channels between the two countries, ignoring all of Turkey’s challenges, but also the famous “Mitsotakis yoke” of President Erdogan.
“Two years ago, we were forming delegations and negotiating under the confidence-building package. Three meetings were held. They did not come to the fourth meeting. We waited two years. They never come. In the same way, consultative meetings were held by the foreign ministries of the two sides. They didn’t even come there,” he said.

At the moment, Athens categorically refuses to follow the tactics of Ankara’s escalation, a fact that was also reflected during the Greek Prime Minister’s speech at the UN, where he strictly and clearly highlighted the Greek “red lines” against Turkish revisionism, fake news and aggressive of Recep Tayyip Erdogan’s rhetoric, but at the same time extended a hand of friendship to the Turkish people, reminding them that “we are not your enemies, we are neighbors”.

In this context, the strategy of internationalizing every aspect of the Turkish offensive policy continues, while maintaining a resounding message of determination against the revisionist plans of the Turkish side and pointing out that the neighboring country plays a destabilizing role in the Eastern Mediterranean, the Middle East and the Caucasus. It should also be recalled that Turkey is the only NATO country that did not apply sanctions against Russia, while what is underlined by the government in international contacts is that in a fluid geopolitical scenario, Greece is a pillar of stability and security.

However, given the behind-the-scenes pressure that Turkey receives from the West in order to stop the threatening rhetoric against our country and tone down the tension, the eyes are now focused on the Summit of the European Political Community which will be held on October 6 in Prague, and Turkey will also participate.

A meeting for which the representative of the Turkish Presidency, Ibrahim Kalin, left open a small window for a meeting between Tayyip Erdogan and Kyriakos Mitsotakis, noting, of course, that a possible meeting will be judged by the steps the Greek side will take until then . “Our president does not exclude anyone. If one step is taken, our president takes two steps. Various messages are coming. We are looking into them. I cannot say now whether the meeting will take place or not. We will see what steps will be taken until then. It depends on the steps taken by the Greek side. At the moment, there are no scheduled meetings with Mr. Mitsotakis,” he said characteristically.