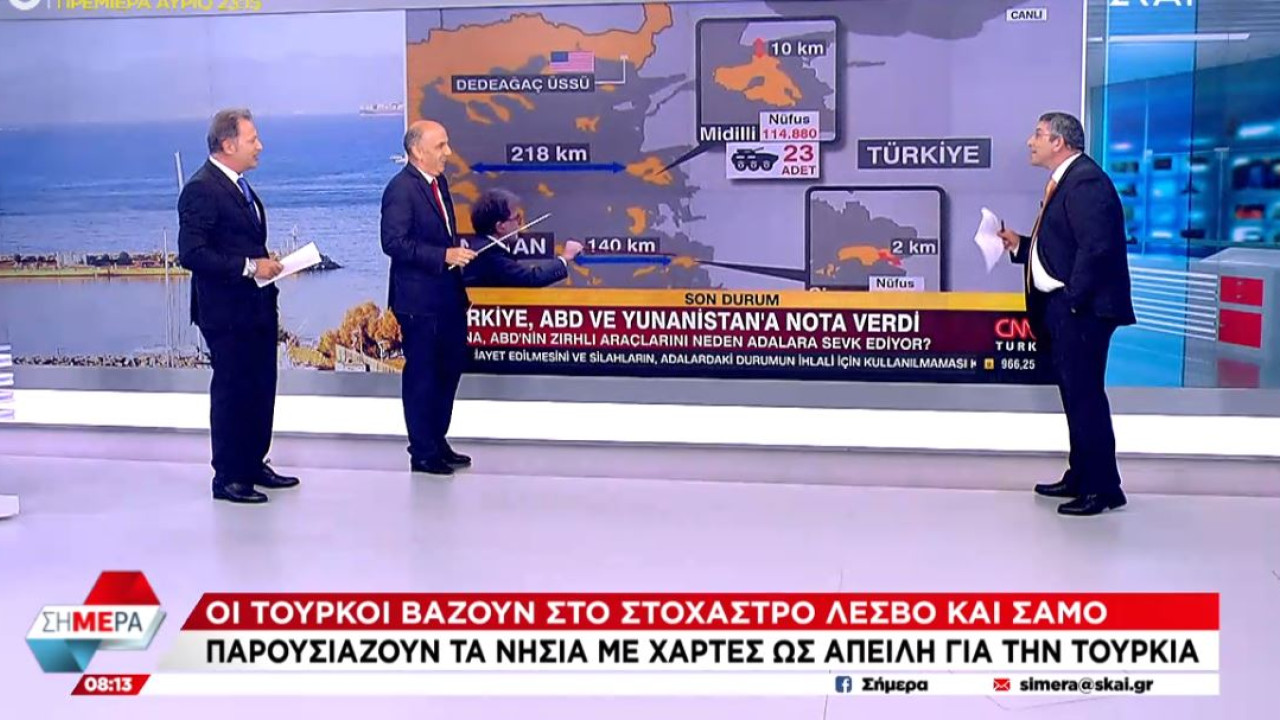 Erdogan under pressure: Greece at the center of the crucial meeting of the Turkish National Security Council

According to the SKAI correspondent, Manolis Kostidis, at the meeting, alternative solutions will be examined in the event of the US refusal to proceed with the sale of F16s to Turkey.

The National Security Council of Turkey is meeting today under Recep Tayyip Erdogan, with the participation of the leadership of the Turkish army.

In this crucial meeting, the main topic is Greece’s “challenges” – according to the Turkish narrative – and the steps Turkey will take in the face of Greece’s “stance”.

As noted by the SKAI correspondent in Istanbul Manolis Kostidisafter the meeting there will be an announcement, from which many conclusions will be drawn about where Ankara is going and the attitude it will take in the next period.

The meeting is expected to raise all the issues raised by the Turkish side recently, such as the “militarization” of the islands.

Yesterday, Erdogan, in yet another crescendo of aggressive rhetoric, which also shows the irritation of the Turkish president, addressed Greece and said that the aid from the US and Europe “doesn’t save you”.

He added that the weapons “accumulated on the islands and Western Thrace are nothing. We are strong. You only skate with these weapons. You’re getting nowhere.”

However, as Manolis Kostidis commented, for the first time in a while Erdogan mentioned the word dialogue, while the Prague summit on October 6 is ahead.

Moreover, there is growing concern in Ankara about the acquisition of the American F-16s. And this issue is on the agenda of the critical National Security Council. In the discussion I will fall on the table and alternatives in the event of US refusal to proceed with the sale.

Lesvos and Samos are in the sights

In the meantime, Lesbos and Samos are in the spotlight of Ankara.

In fact, Turkish media present maps where the islands appear as a threat to Turkey.

Hurriyet newspaper director Ahmet Hakan told CNN Turk: “Well here is this island that is almost under our noses.

It is Samos at a distance of 2 kilometers. It has a population of 33,000 people and they have sent 18 armored vehicles here.

Here according to the Treaty of Lausanne is an island with demilitarized status.

This move violates the terms of the Treaty of Lausanne.

And here is Lesbos, it is close to Turkey at a distance of 10 kilometers.

Greece brought them here. And this island has a demilitarized status, in accordance with the Treaty of Lausanne.

In other words, these two islands should not be militarized.”

Facebook
Twitter
Pinterest
WhatsApp
Previous article
Jaws: How Steven Spielberg directed the horror classic because of a… blunder
Next article
Heavy “bells” of $1.8 billion in 16 Wall Street firms and banks