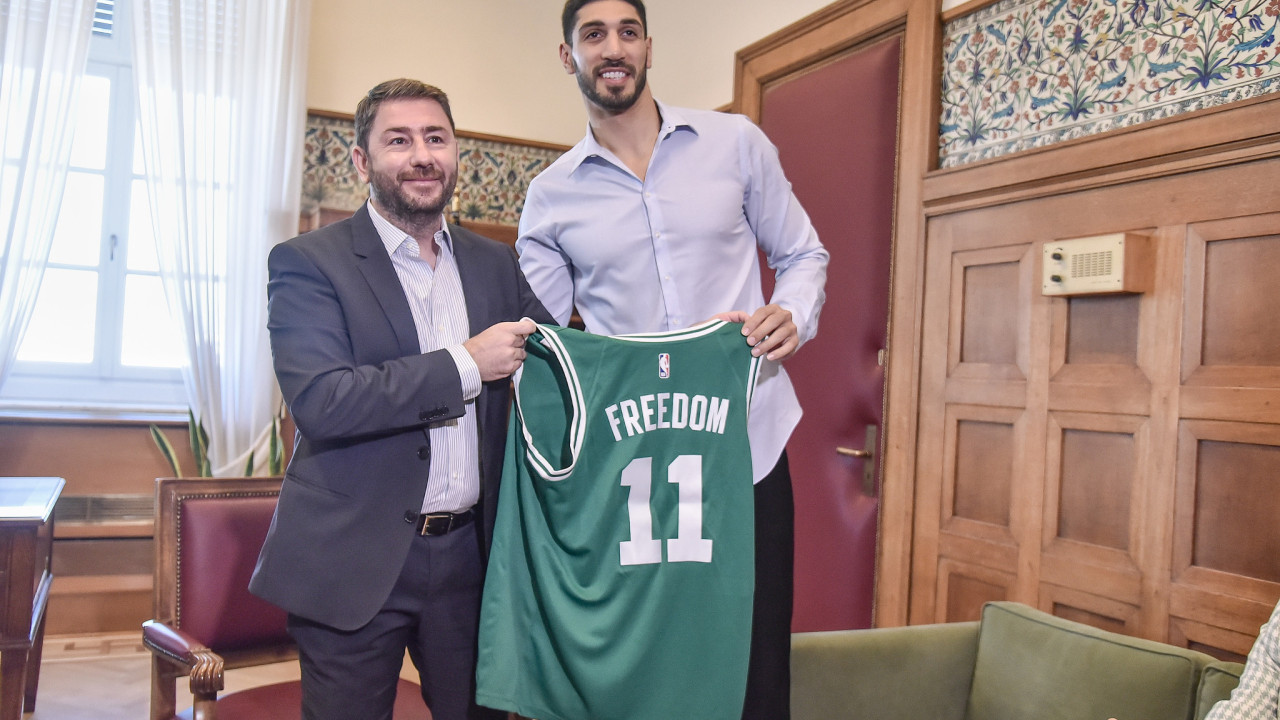 Meeting with Enes Kanter had earlier the President of PASOK-Movement for Change, Nikos Androulakisresponding to the NBA basketball player’s request.
Nikos Androulakis welcomed him to Greece and expressed his solidarity with Mr. Kanter’s efforts to defend human rights and the rule of law in Turkey.

“In recent months we have had many provocative statements by the Turkish leadership at the expense of Greek and Cypriot sovereign rights. I condemn them in their entirety. In these times our priority must be the respect of international law, because in the end this is the only path for the peaceful future of the two peoples” pointed out the President of PASOK-Movement for Change.

“There are many Turkish refugees in Greece and we really appreciate your support because unfortunately Erdogan’s policy is very harsh in our country. But now they have found a second home in Greece. It’s amazing, because every time I talk to one of my Turkish friends, they tell me that they love their life here. The food is the same, the culture is the same, the dances are the same, everything is the same. People are very hospitable. I really appreciate your support because all this time you have been a true champion of human rights. That’s why it meant a lot for me to meet you because you are a role model for many people”, emphasized Mr. Kanter for his part.

“Thank you for your kind words. We can do a lot and do it together” argued Mr. Androulakis.

Enes Kanter presented the President of PASOK-Movement for Change with a Boston Celtics jersey with his name (Freedom). “Green is my favorite color” said Mr. Kanter. “And my favorite as it is the color of our party” noted Mr. Androulakis.

For his part, the President of PASOK-Change Movement offered him a bookmark from the Acropolis Museum with an olive branch engraved on it, a symbol of peace and prosperity.

Facebook
Twitter
Pinterest
WhatsApp
Previous article
Skrekas: Strengthening alliance with Azerbaijan to ensure supply sufficiency
Next article
The British Defense Minister is on a “mysterious” and hurried trip to the USA