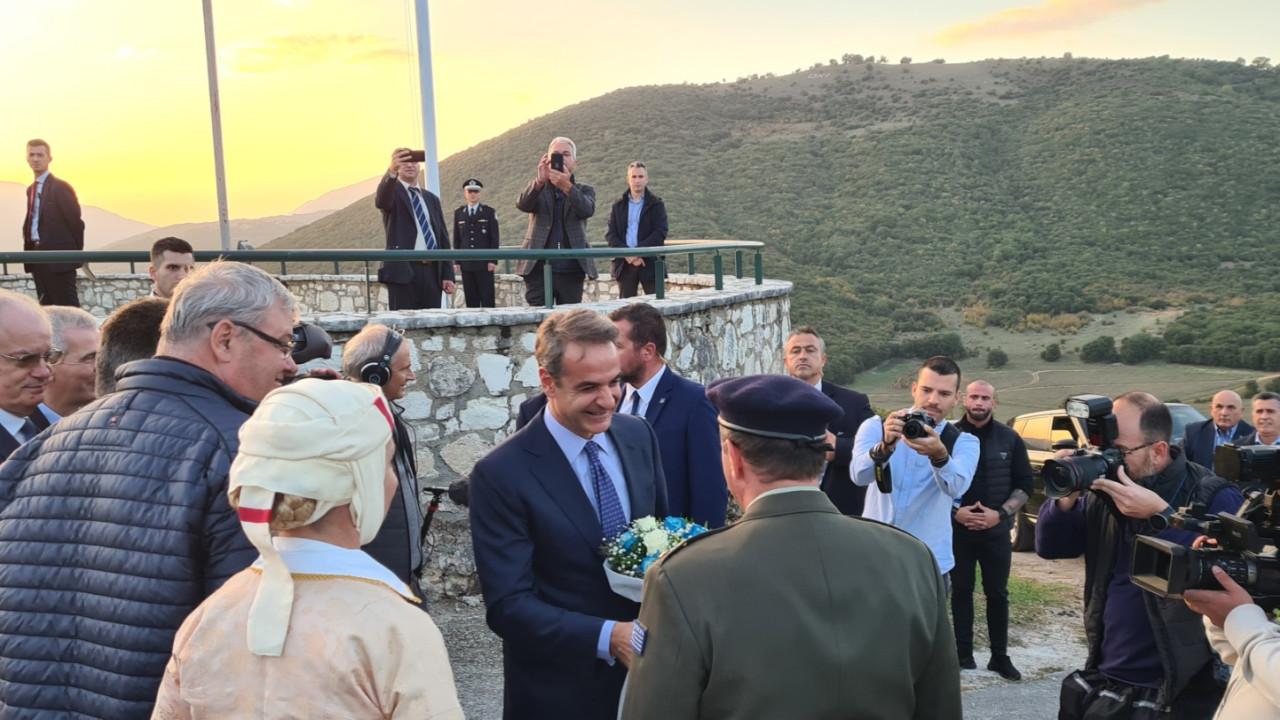 Mitsotakis from Kalpaki: “NO reaches our neighbors who are YES to dialogue and cooperation”

The Prime Minister, Kyriakos Mitsotakis, was in Kalpaki in the afternoon to attend the events at the Fighter’s Monument while sending his own resounding message to Turkey on the eve of October 28.

At the same time, Kyriakos Mitsotakis pointed out that there will be a History Park in Kalpaki and a cemetery for the 14,000 dead who died in the war for freedom.

The prime minister arrived shortly before 6:30 at the Memorial site. The President of the Parliament Kostas Tasoulas, the Deputy Minister of Citizen Protection Lefteris Economou, MPs of the Prefecture, the Chief of the Greek Police Kostas Skoumas, the Regional Governor of Epirus and others were present.

Immediately after the memorial prayer at which the Metropolitan of Ioannina Maximos officiated, the invocation of the dead and the laying of wreaths took place.