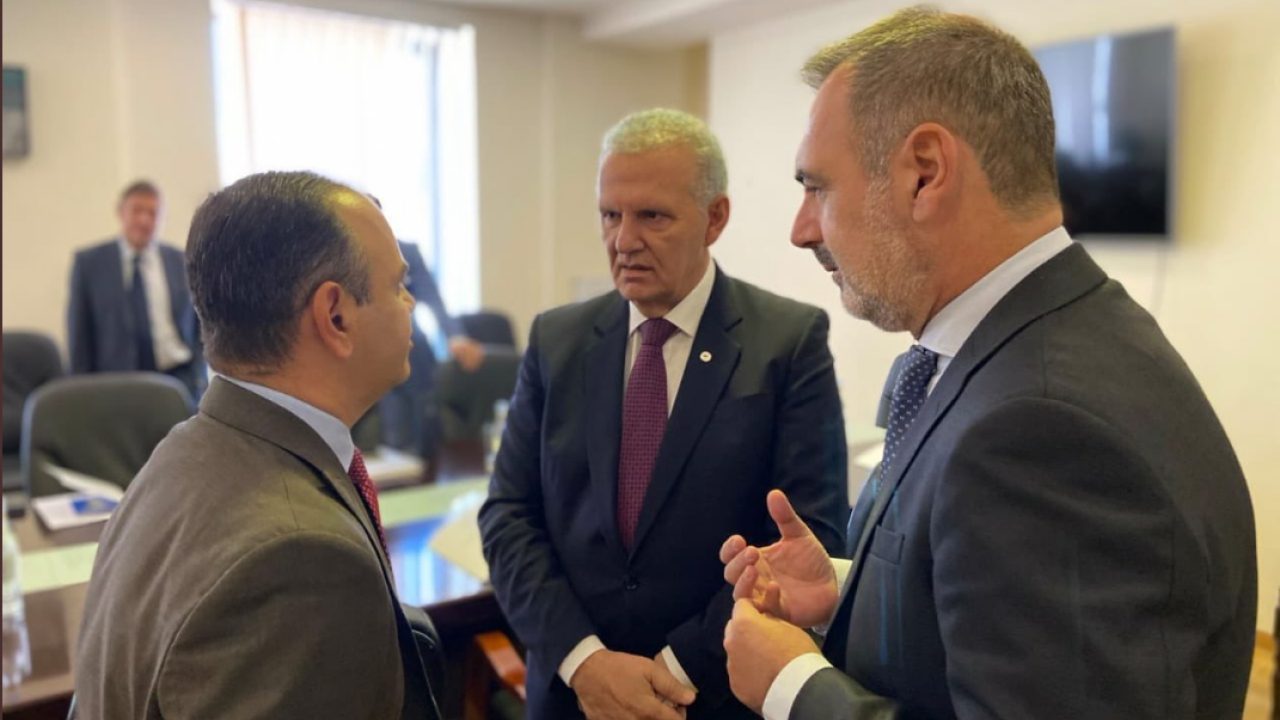 Greece-Cyprus-Armenia tripartite meeting on emigrants: “We are working for the international condemnation of the Turkish occupation of Cyprus”

The common challenges faced by Greece – Cyprus – Armenia as well as the need to further strengthen the historical and cultural ties of the three countries were discussed during the Tripartite Meeting held by the Deputy Minister of Foreign Affairs, Andreas Katsaniotis, the Commissioner of the Cyprus Presidency for Humanitarian and Diaspora Issues, Fotis Fotiou, and Armenia’s High Commissioner for Diaspora Affairs, Zareh Sinanyan, in Yerevan, Armenia.

The tripartite meeting is part of the initiatives jointly agreed by the three sides in June 2022 in Greece with the signing of a Memorandum of Understanding and which aim to further strengthen tripartite cooperation in Diaspora matters.

In addition, they discussed and decided future actions in countries with a strong Diaspora of the three countries, such as the USA, France, the UK and Australia. These actions will mainly concern the new generation of our Expatriates, as this constitutes the future of our Diaspora.

Mr. Katsaniotis also referred to the Photography Exhibition that will take place next month in Cyprus, on the subject of the national tragedies experienced by the three countries in the 20th century, namely: the Turkish invasion of Cyprus, the genocide of the Pontic Greeks and the genocide of Armenians.

Finally, the Deputy Minister of Foreign Affairs thanked Mr. Sinanyan for the invitation and hospitality. Mr. Katsaniotis is making an official visit to Armenia, in order to participate in the World Congress of the Armenian Diaspora, in Yerevan.

Facebook
Twitter
Pinterest
WhatsApp
Previous article
UK: Life sentence for woman who murdered her friend and put her body in a suitcase – He wanted to grab her property
Next article
Rock ‘n’ roll legend Jerry Lee Lewis has died