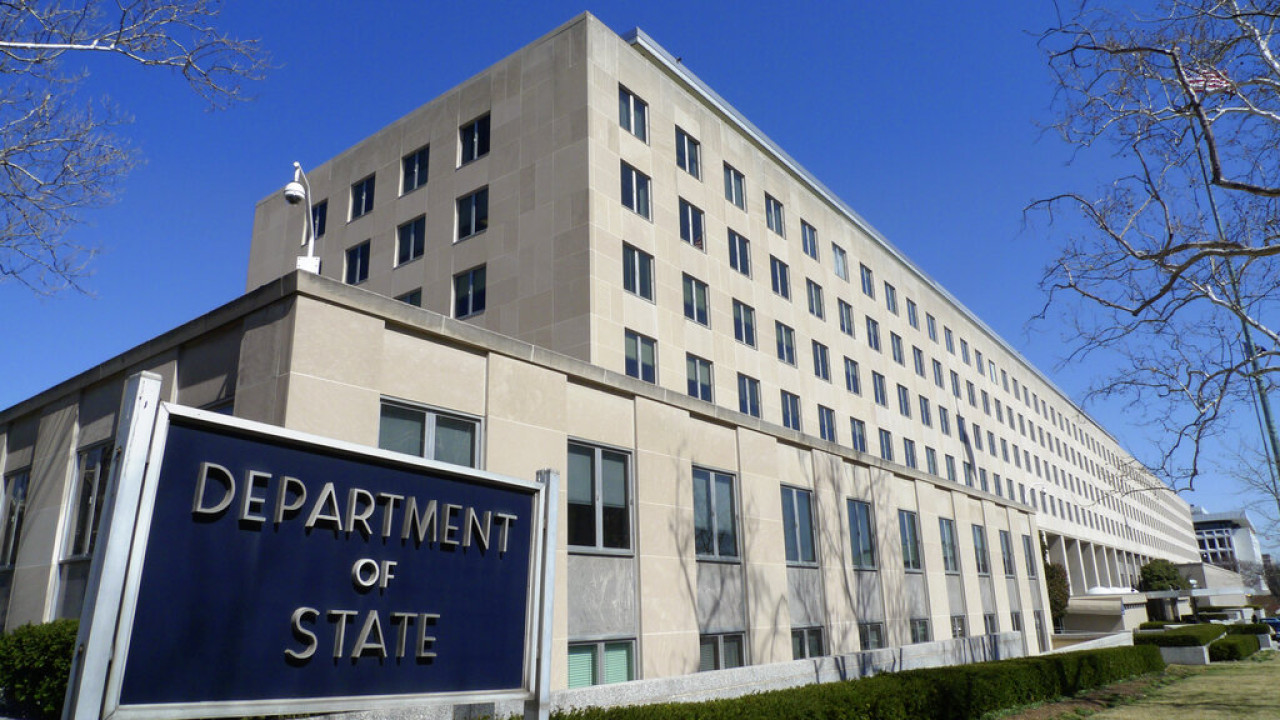 As the State Department official emphasized, “our longstanding belief is that the development of resources in the Eastern Mediterranean should promote cooperation.”

New “slap” of of the United States in Ankara for the Turkish-Libyan memorandum. The State Department is taking the same rejectionist line as the UN Security Council regarding the two agreements Turkey signed with Libya’s caretaker government.

The Security Council expressed his opposition to the Turkish-Libyan memoranda, referring to article 6 of the Forum for Political Dialogue in Libya (LPDF), which does not allow the caretaker government to sign such agreements.

Responding to a question from APE-MPE, a representative of the State Department reiterated that the government of Tripoli must, based on the commitments it has undertaken, not sign new agreements that disrupt the country’s foreign relations or entail long-term obligations for it.

“We note that the Libyan caretaker government is obliged under the provisions of the Libyan Forum for Political Dialogue (LPDF) road map not to consider new agreements that harm stability of the foreign relations of the Libyan state or impose long-term obligations on it. We will refer you to the governments of Turkey and Libya on the outcome of the recent talks. We call on all parties to refrain from actions that risk escalating tensions in the Eastern Mediterranean,” he said.

The US representative also addressed the issue of energy in the Eastern Mediterranean, echoing the position expressed by many senior officials in the wake of the successful US mediation to determine the maritime border between Israel and Lebanon. As the State Department official pointed out, “our longstanding belief is that the development of resources in the Eastern Mediterranean should promote cooperation and provide the foundation for sustainable energy security and economic prosperity across the region.”

Collapse of diplomatic relations without return due to Libya

The “glass” of diplomatic relations between Cairo and Ankara is permanently broken because of the Libyan issue, and despite the efforts of both sides, it does not seem possible to “get stuck again”, with the correspondent of SKAI in Istanbul, Manolis Kostidis, quoting relevant statements of the Egyptian Foreign Minister, Sameh Soukry.

Cairo and Ankara held two rounds of exploratory talks last year – led by the deputy foreign ministers of Egypt and Turkey – in an attempt to restore some “normalcy” to their sour relationship.

The end of diplomatic relations between the two countries dates back to the 2013 ouster of the late president of Egypt’s Muslim Brotherhood Mohammed Morsi, who was strongly supported by Tayyip Erdogan.

Facebook
Twitter
Pinterest
WhatsApp
Previous article
Premiere for the household basket – When will the products be renewed, how will the application of the measure be checked
Next article
Thessaloniki: Alarm for a “fugitive” with fake handcuffs