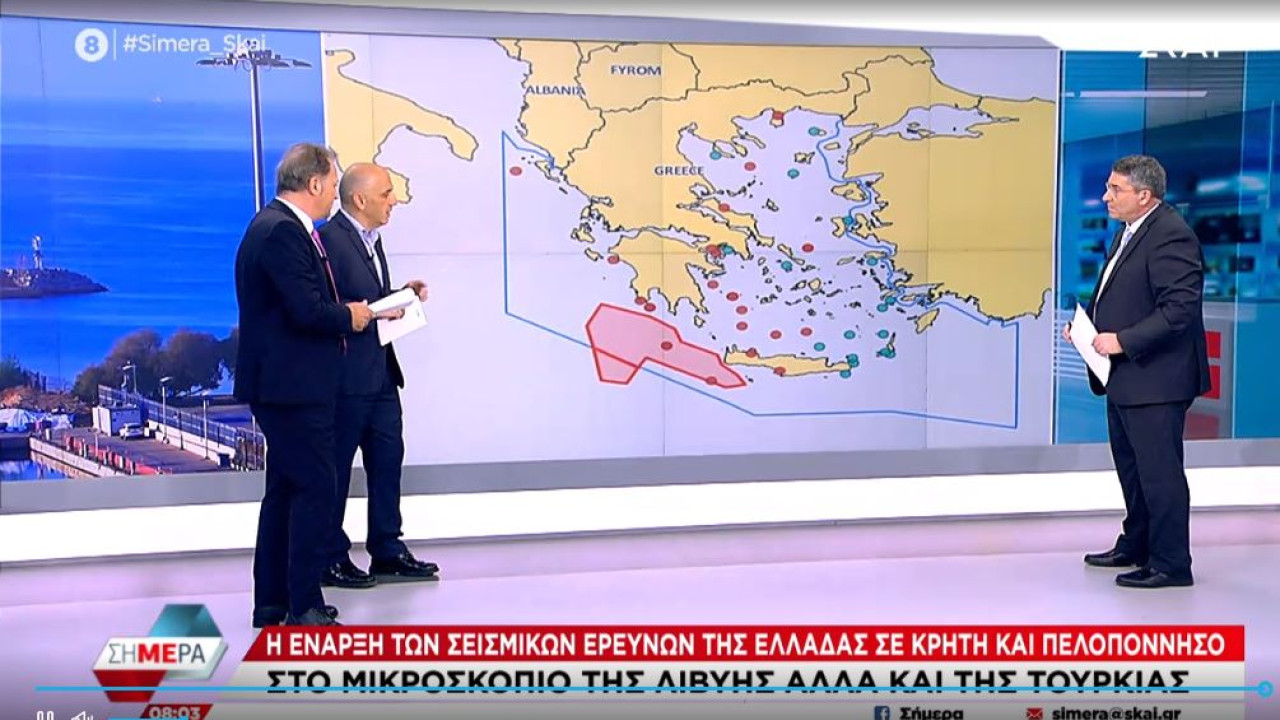 The Turks are closely monitoring the process of receiving the fighters and point out that “Greece already has eight Rafales and is building three frigates in France”, as SKAI correspondent Manolis Kostidis reports from Istanbul.

The start of Greece’s seismic surveys in Crete and the Peloponnese has come under the microscope of Turkey and Libya, according to what Prime Minister Kyriakos Mitsotakis announced last Monday.

The two countries are weighing the situation given the signing of the Turkish-Libyan memorandum and it is not excluded that there will be some reaction either from the government of Tripoli or from Ankara, the SKAI correspondent in Istanbul estimated, Manolis Kostidis.

At the same time, Greece’s armament upgrade is causing irritation in Turkey. This time the irritation was triggered by tradition two more Rafales to the Air Force.

The Turks are closely following the process of receiving the fighters and point out that “Greece already has eight Rafales and is building three frigates in France”.

The television network Haber Global reported that “France has delivered two more Rafale fighters out of the 24 it has sold and the defense minister of Greece he traveled to France and participated in the launching ceremony of the first of the 3 frigates he has bought Greece”.

“With the new delivery, Greece has a total of eight Rafale fighters. Two of them are new fighters and six are used. Greece has ordered three Belharra frigates and 24 Rafale fighters from France, the first six Rafales were delivered last January and their handover ceremony was turned into a show” continued the Haber Global.

Turkey is also worried about her possibility of extending territorial waters to 12 miles in Crete.

“The Greeks are trying to damage the entire Turkish-Libyan memorandum,” said Erdogan Karakos, vice-general of the Turkish Armed Forces.