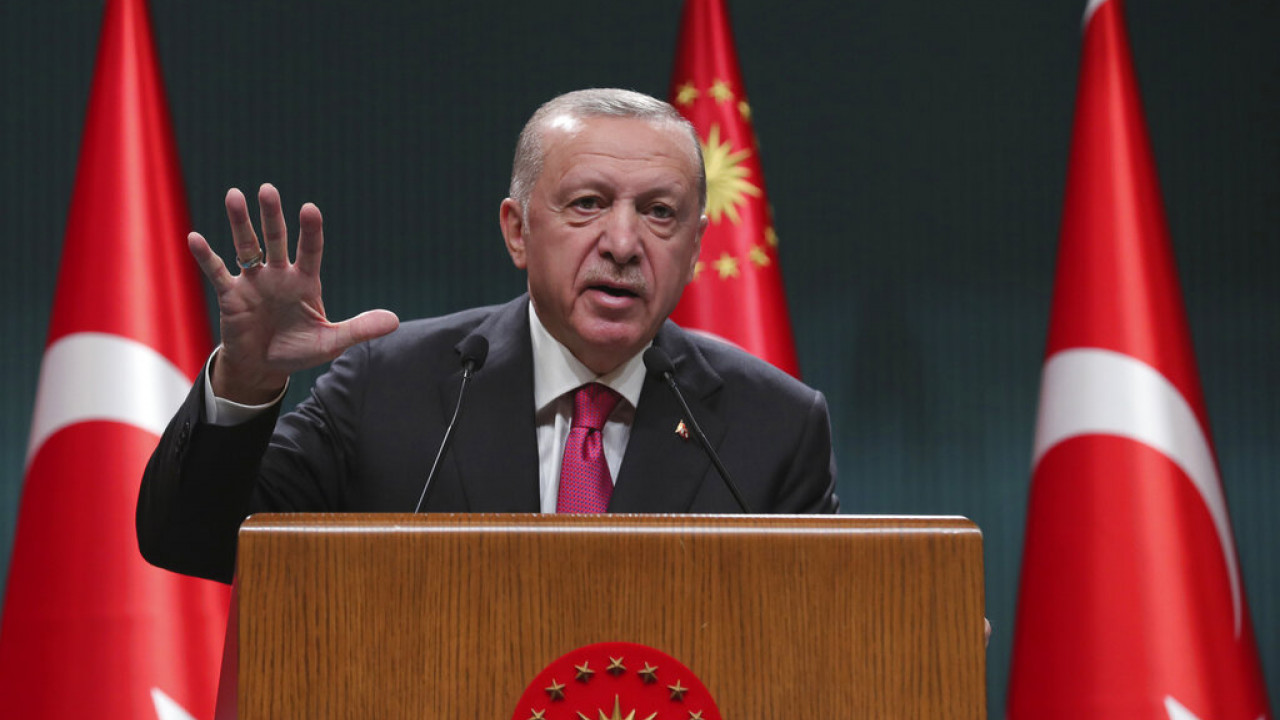 The Turkish president blames the West for everything and justifies Moscow’s “resistance” to the attacks it receives – “We will do everything we can for northern Cyprus,” Erdogan said of the occupied pseudo-state

In direct rupture with the West, according to what he declares, the Recep Tayyip Erdogan.

As the SKAI correspondent broadcasts from Istanbul Manolis Kostidisthe Turkish president directly accused the US and Europe of being responsible for the war in Ukraine, speaking of a “boundless attack” against Russia.

“We are not experiencing an ordinary process. Russia is not an ordinary state, it is a powerful state. But the West, especially America, attacks Russia almost without limits. Against all this, of course, Russia shows resistance. I wonder how – there was an incident in a grain corridor – we can open a peace corridor from here”said the Turkish president.

But it was not limited to Ukraine. Recep Tayyip Erdogan brought back to the table the recognition of the pseudo-state in Cyprus, comparing the situation with the case of of Kosovo.

“The speech we made at the United Nations General Assembly brought results. We need to keep the infrastructure of this effort very strong, we need to start a strong effort. We must create an effort to introduce northern Cyprus to the world as a state and surround the world with this energy.

The countries that recognize Kosovo have gone over 100 and now it’s around 120, but it’s stuck there because unfortunately America didn’t take care of it either. Again, we did it, we are doing it, but the issue of Northern Cyprus is not so easy. It’s harder, but we’ll do our best. We will continue with this. I believe that we will have the opportunity to present North Cyprus to the world”he pointed out.