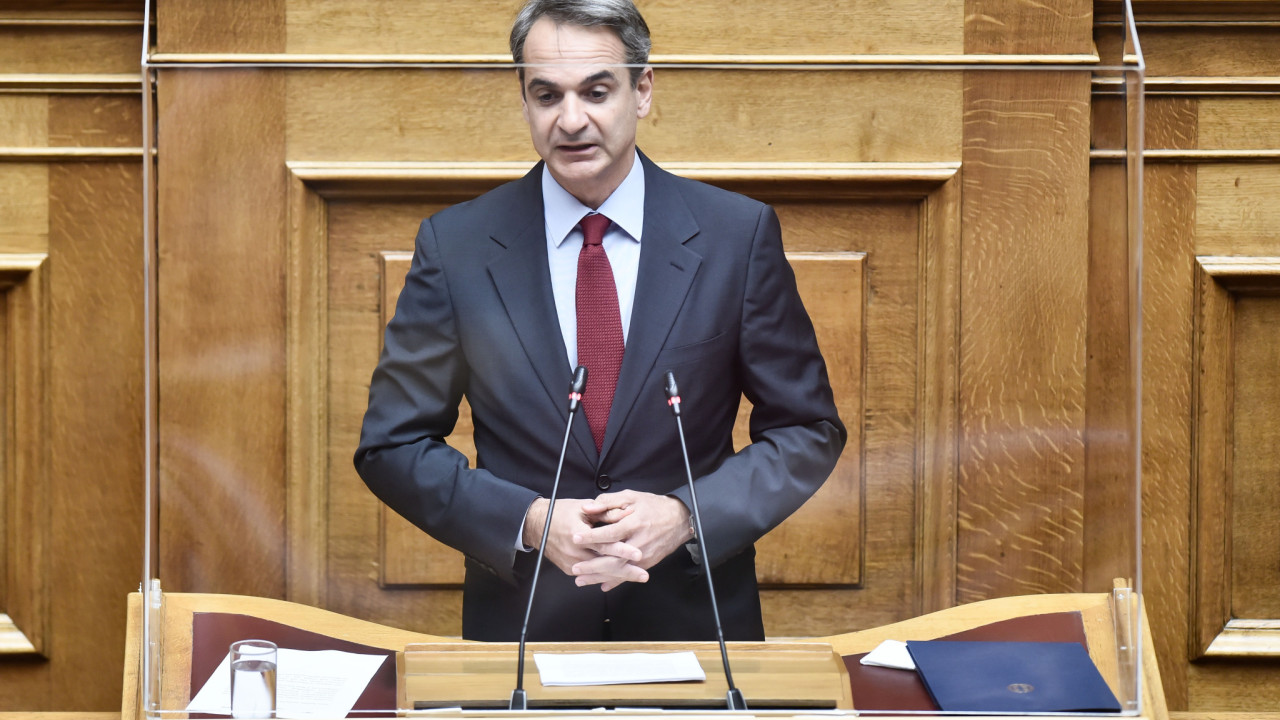 Mitsotakis: Every day we make a great effort to improve the lives of citizens

Every week we take stock of our project internally – we look at what we achieved, what changed for the better, what we could do better, what we need to improve – in short, we look at what lessons are learned. In this week’s debate we found again how difficult it is to communicate to the world the whole of government work.
And it makes sense. People have jobs, problems and stress, often they don’t have the mood or the time to go into details, especially if they don’t think they directly concern them.

But today I decided to share with you everything that happened last week. It’s a long piece of text, inconsistent with the dictates of social media and instant messaging. But I deeply believe it has value. Because I believe it reflects the great effort we make every day to improve the lives of citizens.
So let’s look at an overview of 17 highlights of last week’s government work:

A first constant issue that concerns us in government is the issue of inequalities in society. Obviously it’s not easy or simple. It is not treated with aphorisms and big words. It’s a constant struggle. So practically this week,

– We fixed the reduction of insurance contributions by 3 percentage points. This almost sounds like accounting, but in practice it is an increase in income for citizens.

– We increased the monthly installments of regulated insurance debts from 12 to 24, in order to help citizens repay their debts.

– We extended the maternity leave for women workers in the private sector to 9 (from 6) months.

– We introduced a state subsidy of 40% of insurance contributions to convert private sector part-time contracts into full-time contracts. This practically means that we give incentives to companies to stop having part-time employees.

– We extended to all uniformed personnel the right to “combat five years”, i.e. the recognition of up to five additional years of insurance, with the payment of the corresponding contributions.

– We reduced the disability rate (from 67% to 50%) for receiving disability benefits to harmonize all categories.

– We established the Early Intervention program for children 0-6 years old who have been diagnosed with disabilities or developmental difficulties.

In energy accuracy, which I know worries everyone and is an absolute priority, we also took additional measures:

We have already put in place a mechanism to recover excess revenue from power producers. This week we introduced a mechanism for electricity suppliers as well. Here is an issue that we have really pioneered in Europe and we are in contact with other countries that want to include similar measures.

All revenues will be channeled into the Energy Transition Fund to finance energy bill subsidies. In your account practically.

The energy transition must proceed and is proceeding. Both for the protection of the environment and for reasons of energy security. And there we had positives this week:

There was also a record installation of photovoltaic systems in Greece in 2022. The power of new interconnected projects is expected to reach 1,340 MW by the end of the year, already exceeding the government’s forecasts in the first nine months. (And since I am writing about renewables. A further parenthesis for the environment, which is not a parenthesis for us: forest maps have been completed in 94.5% of the Territory).

In culture, we have had an important development as we proceed with financing with 100 million euros from the Recovery Fund and the NSRF of the 18 UNESCO cultural heritage monuments located in Greece to protect them from the threats of the climate crisis.

On the issue of violence against women – and we will soon have more to say – the provision was submitted for the use – for the first time in Greece – of the innovative digital panic button application by female victims of domestic violence, in order to immediately and safely notify the Greek Police, in case they are in a situation of threat or danger to their lives or their physical integrity.

In the primary sector, we have drawn up and are implementing a 7-point holistic plan amounting to 40 million euros for the restoration, full production utilization and protection of the traditional olive grove of Amfissa which is part of the Delphic landscape and a small part of it burned in the summer of 2022.

On National Security and National Intelligence, as promised, we have brought in a new bill that is intended to fix, improve and shield the overall framework.

Finally, an important one, from what I confess moved me.

Yesterday at an evaluation event at the end of this year’s fire fighting season (preparation for the next one has already started) those involved, the protagonists who gave their fight, spoke. They were sensational.

But the conclusion was just as important. We had significantly less forestland burned (by 62%) and total acres burned (by 52%) compared to the 15-year average, while we had 3% more fires than the previous 15-year average.

If you made it to the end of this long post thank you and I hope you found it useful. Whether you agree or disagree with this government, I promise you that every day we work to make every citizen’s life better.

Facebook
Twitter
Pinterest
WhatsApp
Previous article
Bolsonaro must maintain blocking of amendments and raises pressure for jabuti in Lula’s PEC
Next article
It’s time to work in harmony and not waste the moment, says Ilan after PT wing election by default