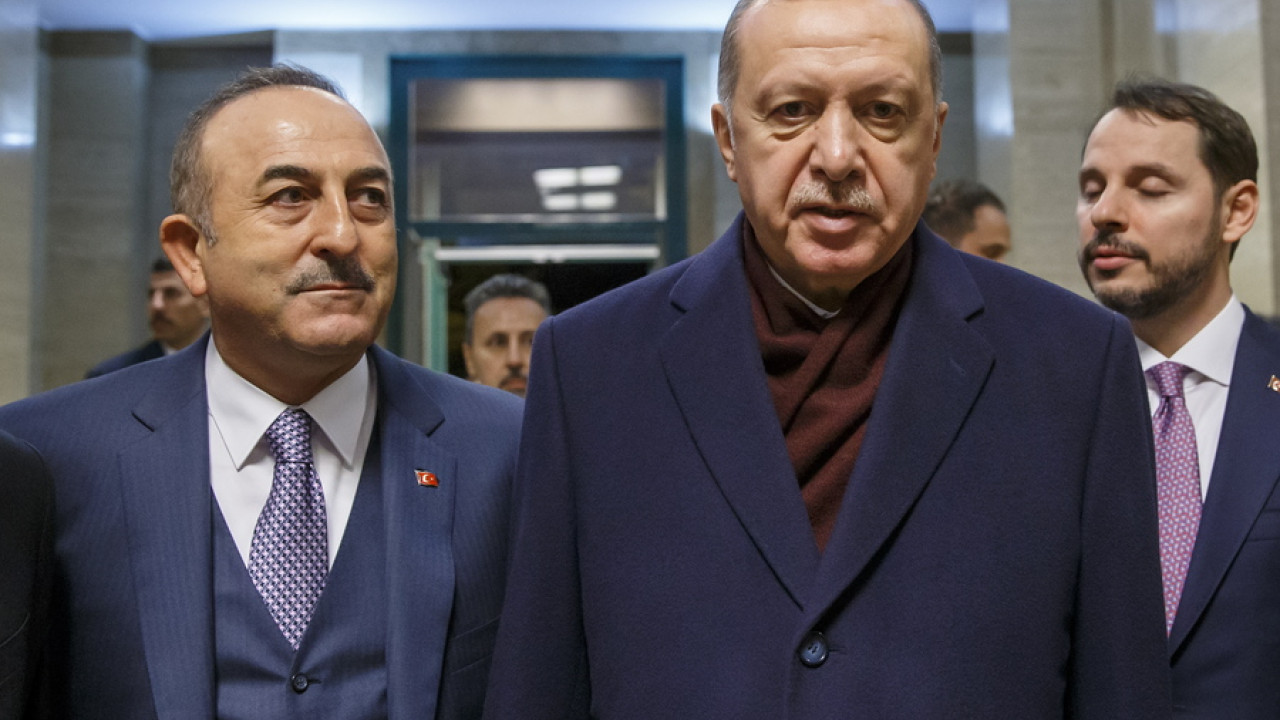 Ankara provokes: Greece is responsible for the tensions, its attitude is insincere and dishonest

This is the annual publication of the Ministry of Foreign Affairs of Turkey on its goals and aspirations for 2023.

Ankara makes black and white, accusing Greece for… aggressive, hostile dishonest and dishonest attitude in the annual edition of the Ministry of Foreign Affairs of Turkey, which summarizes the positions and objectives of the Turkish foreign policy for 2023.

As reported by SKAI’s Istanbul correspondent Manolis Kostidis, the report typically states that “the positive atmosphere in our relations with Greece was short-lived and the Greek side did not show a sincere and honest approach and continued its provocative and escalating actions and statements” justifying thus Turkey’s decision to stop all dialogue mechanisms with our country.

Furthermore, Turkey’s intention to continue is becoming clear of research in the Eastern Mediterranean, while Turkish diplomacy seeks a “fair solution” to the problems in the Aegean. In addition, there is talk of a Turkish minority in Thrace and the Dodecanese whose rights Greece is accused of oppressing.

Targeted the West also entersas there is talk of “prejudiced and discriminatory attitude adopted by the EU and some third countries does not contribute to the stability and peace of the region”.

Excerpts from the report

“Turkey has legal rights and interests deriving from international law in the maritime areas of the Eastern Mediterranean. A decisive stance is taken to protect the rights of our country and the Turkish Cypriots in the Eastern Mediterranean. However, the biased and biased attitude adopted by the EU and some third countries does not contribute to the stability and peace of the region. No platform or plan in the region that tries to ignore our country it is not going to succeed. The withdrawal of US support from the EastMed gas pipeline project also demonstrated this situation. The borders of Turkey’s continental shelf in the Eastern Mediterranean were notified to the UN in 2020. In this continental shelf, where we have sovereign rights, hydrocarbon activities continue with Turkish-flagged seismic survey and drilling vessels.”

In the Aegean, we aim for a fair solution of all interrelated problems between Greece and our country within the framework of international law and in accordance with the rights and interests of our country. Greece’s illegal claims and provocative actions are denounced bilaterally and before third parties at every opportunity, while these actions are responded to appropriately. Greece’s violation of the demilitarized status of the Eastern Aegean islands is brought to the attention of the international community with letters sent to the UN and in meetings with the Greek side it is emphasized that Turkey has the necessary political will to resolve the current problems. Greece’s current policy of tension and expressing grievances against Turkey to third parties will harm it more.”

The positive atmosphere in our relations with Greece was short-lived and the Greek side did not show a sincere and honest approach and continued its provocative and escalating actions and statements.

As a result, it was decided to cancel the meetings of the High Level Cooperation Council with Greece and all high level dialogue mechanisms were suspended. Against the aggressive and hostile attitude of Greece, all necessary measures were taken within the framework of international law to protect our national security and our legitimate interests, and the provocations and harassments of this country remained on the agenda of the international community. In line with this disingenuous and dishonest attitude, Greece has taken an uncompromising stance on the fundamental issues of our bilateral relations, such as the fight against terrorism, illegal immigration and minorities. We continued to pay special attention to the situation of our compatriots living in Western Thrace and the Dodecanese. In both bilateral contacts and multilateral platforms, the rights of our compatriots in Western Thrace guaranteed by the Lausanne Peace Treaty and international conventions in areas such as education, religious freedoms and the management of institutions were closely followed. Greece, which continues to interfere with the rights of the Turkish Minority through oppressive laws and practices, is called upon at every opportunity to respect international law, fulfill its contractual obligations and end its policies of intimidation against the Turkish Minority.”

Facebook
Twitter
Pinterest
WhatsApp
Previous article
John F. Kennedy: 59 years since the assassination of the US president
Next article
Thessaloniki: A spiral that grabbed money from elderly people with alleged traffic accidents was dismantled – More than 250,000 euros their loot