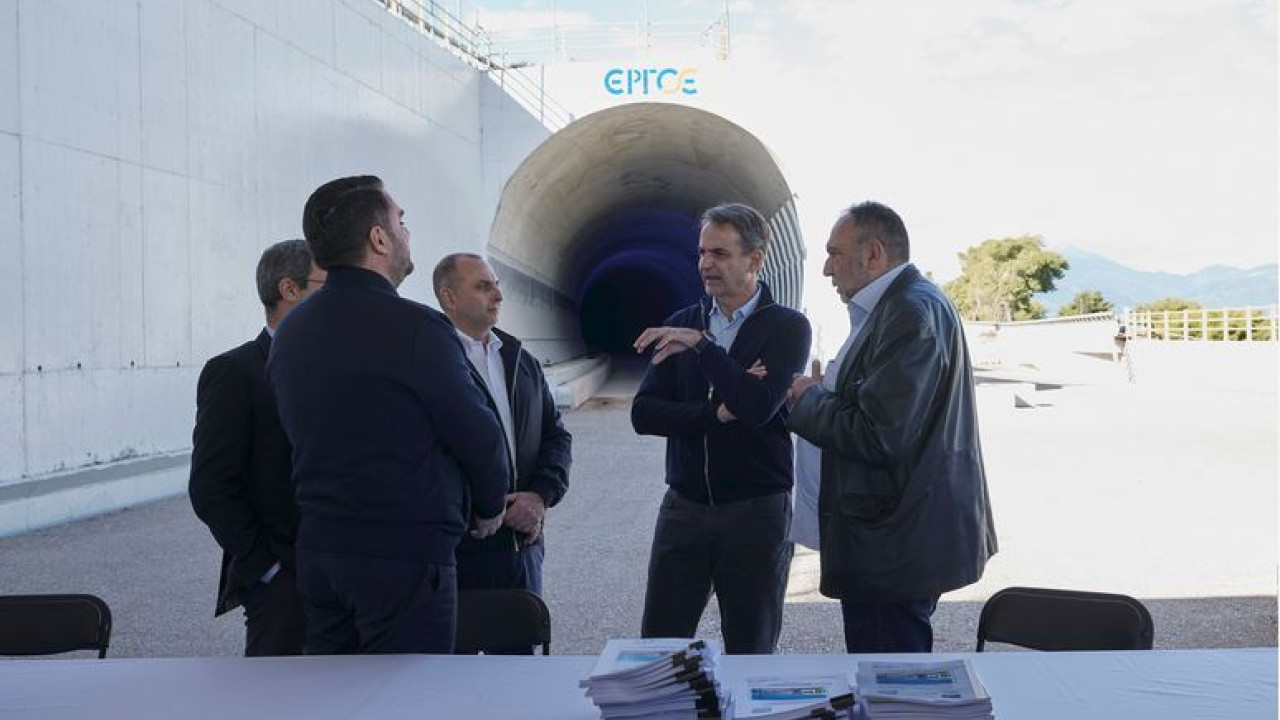 Mitsotakis tour of infrastructure projects in Achaia: How the landscape is changing in the region

“The face of all Western Greece will change,” said the prime minister

The construction site where work has begun for the national road Patras – Pyrgos and the dam of Peiro – Parapeiro was visited at noon by Prime Minister Kyriakos Mitsotakis, as part of his visit to Achaia, while earlier he attended the signing of a contract for the construction of the Rododafni – Rio railway axis, which essentially ensures uninterrupted service to Rio, as part of the wider actions for the development of a new , fast rail connection between Athens and the port of Patras.

These are three of more than 80 projects implemented, launched or planned in the Regional Unit of Achaia, for which the total budget exceeds 3.7 billion euros, an amount more than double that of the two previous Community support frameworks.

“I really think that it is a project that will change the face of the whole of Western Greece, it will make Patras a real gateway for the whole country and of course it will allow the safe communication of Patras with Athens, but also the possibility, in fact, of the network this should be used as a potential suburban railway, to cover all the needs of the wider region”, said the Prime Minister during the event for the signing of the contract, in the Panagopoula tunnel.

“What ultimately interests the residents of the area is to be able to go from Patras to Athens in just over two hours with absolute safety. I want to emphasize that we have achieved in the urban fabric of Patras the maximum possible undergrounding, so that the project can be financed by the European Union, almost 5.5 kilometers. And of course this undergrounding means that we also have the scope to do a very important urban regeneration above the part from which it will be undergrounded”Kyriakos Mitsotakis added.

Then the Prime Minister went to the Peiros – Parapeiros dam, which is an important project for the water supply of Patras with drinking water. Kyriakos Mitsotakis was informed about the operation of the sand filter, about water purification procedures.

“I had the opportunity to visit a dam, which I remember for the first time being mentioned to me by local actors when I came to Patras in 2006, for the first time then, as a newly elected member of parliament in charge of the self-governing elections. And yet, this dam which we know as the Piro – Parapeiro dam is now ready, it is full, we are expanding the water networks so that finally all of Achaia can be irrigated safely with quality water from a dam that had become like the “bridge of Arta”, said Kyriakos Mitsotakis in a discussion he had with residents of Kato Achaia shortly after his visit to the major projects.

The Patras – Pyrgos axis is three months ahead of schedule

Kyriakos Mitsotakis’ third stop was the construction site of the road axis Patras – Pyrgos, at the point where the largest interchange, Achaia, is being built. The Prime Minister was informed about the progress of the works and that currently, based on the progress made, the first section of the highway is expected to be delivered three months earlier than the current schedule.

Kyriakos Mitsotakis was also informed about the planning that has been done, which foresees the construction of a new, modern highway of approximately 75 kilometers in length towards Pyrgos, of which 62 km will be based on a new layout, but also about interventions that will be made for road safety.

“We found a fragmented contract, a project essentially on the verge of European withdrawal, a project that joined the machinations of the previous government, with intertwined contractors. And yet, with very systematic work, with personal involvement at the highest European level, this project is being implemented. On this part that I just visited – which is more about you, the first part of the road – we are three months ahead of schedule. And we are now certain that the entire road will be delivered at the beginning of 2025, so that this great wound for your wider region can finally be closed”, said the Prime Minister during the discussion he had with residents in Kato Achaia.

Talking to the citizens, Kyriakos Mitsotakis pointed out that the goal of the government is always to implement its commitments and to fight for the support of society and progress.

“I often talk with my counterparts Prime Ministers, Presidents of other countries and they tell me about their adventures in the framework of multi-party governments that they are forced to form. For us, simple proportionality is a recipe for anarchy and great difficulties for the country. We want the New Republic to be self-reliant in the second ballot, because only in this way can we make quick decisions and steer the country’s boat safely in these turbulent waters in which we are sailing. But the first test is the first national ballot”, Kyriakos Mitsotakis added.

The infrastructures are included in the portfolio of more than 80 projects, for which resources exceeding 3.7 billion euros will be allocated, with the aim of exploiting the great advantages of Achaia, drastically stimulating its development prospects and improving the quality of life of its citizens , in the context of planning for “Patra 2030”.

In addition to the points visited by the Prime Minister, the dozens of launched and planned projects include the construction of a new section for containers at the new Port and the construction of a railway connection, the quadrupling of the capacity of the LNG storage infrastructure at the Port of Patras and the redevelopment of areas and sports facilities at coastal front of Patras – Rio.

The interventions have also included, among others, the completion of the facilities at the port of Aegis with “green” standards, the construction of a Waste Treatment Unit and a Bio-Waste Treatment Unit, the development of a Regional Research Center in Western Greece, the upgrading of the Health structures of Patras, the internationalization of the city’s university and the restoration of historical landmarks such as the Roman conservatory and the “Apollo” theater.

The projects will cover the chronic gap in infrastructure and will give new impetus to strategically important commercial connections, on the one hand with the outside world and on the other with the rest of the Greek market thanks to the upgrading of the region’s capabilities in terms of transport and logistics, while at the same time, local entrepreneurship and the primary sector will benefit from better utilization of the university’s actions.

According to the estimates of the Economic Experts Group, by the end of the projects, the local GDP will have increased by 7.6 billion euros, adding thousands of new jobs with better pay than the current ones.

After his departure from Kato Achaia, the Prime Minister visited the Holy Church of Agios Andreas.