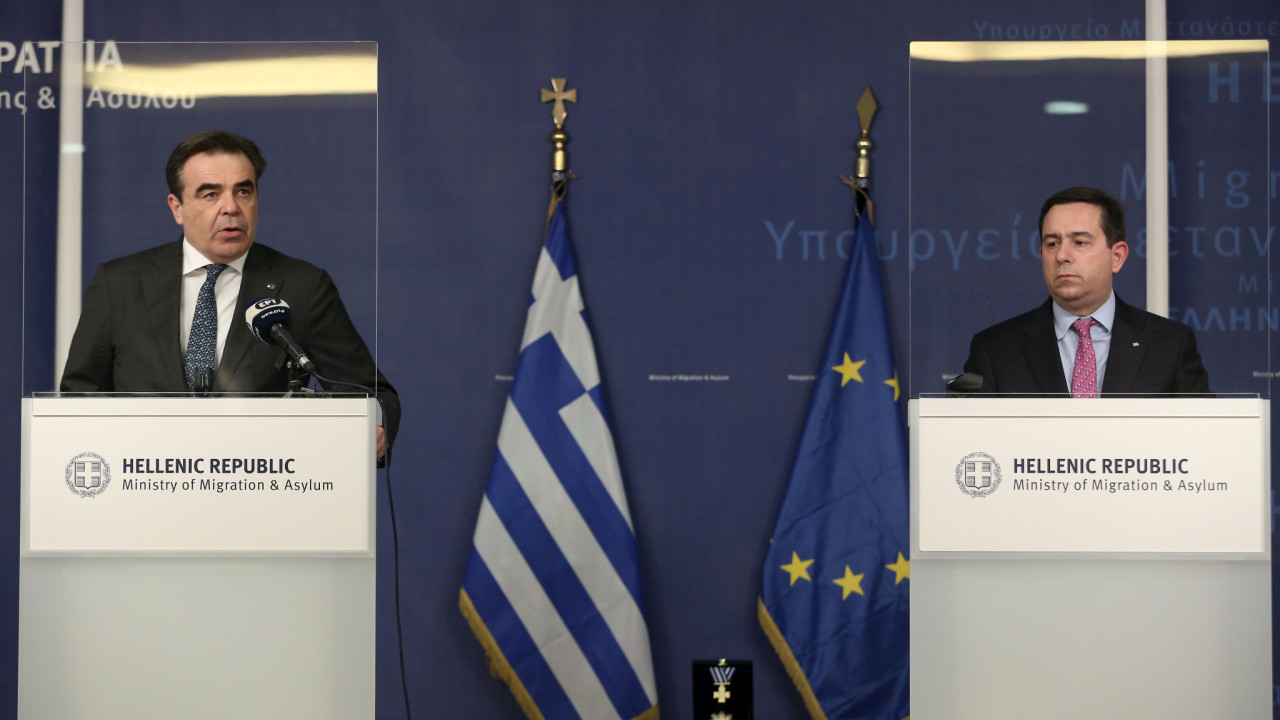 Urgent letter sent by the Minister of Immigration and Asylum, Mr. Notis Mitarakis, in European Commission in order to intervene directly so that there is practical proof of solidarity with the first receiving countries for the management of the Migration.

On the occasion of the shipwreck south of Crete in which according to the reports 400 migrants are involved, Mr. Mitarakis points out to the recipients of the letter Ms. Margaret Ropes, Vice-President of the European Commission and Mrs Ylva JohanssonEU Home Affairs Commissioner, that the EU’s first host countries cannot afford to shoulder the ever-increasing burden of migration crisis which is disproportionate to their capabilities.

At the same time, as the Minister of Migration and Asylum notes, Greece has repeatedly pointed out the new tactic of smugglers to attempt to transport migrants to Europe using larger ships, while at the same time he has stressed that the EU must act collectively in order to avoid these operations as they endanger human life.

Finally, Mr. Mitarakis points out that “we ask the Commission to immediately undertake and coordinate a relocation initiative’ in relation to the specific search and rescue operation so as to ensure that the responsibility for saving lives at sea is fairly shared between Member States.

Unofficial translation of the letter from the Minister for Immigration and Asylum:

I am writing to draw your attention to a search and rescue operation conducted by the Coast Guard – Hellenic Coast Guard off the southern coast of Crete.

The 30 meter long fishing vessel in question was sailing in the open sea within the Greek Search and Rescue area. According to available information, there were approximately 400 migrants on board. The vessel was already being watched by the Coast Guard as it sailed at extremely low speed but did not call for help at first. The distress signal came after the boat started taking on water. No information yet on flag or port of origin. We will provide further information as it becomes available.

All passengers are now safe in the port of Crete.

Greece has repeatedly drawn attention to the new modus operandi of smugglers who use larger ships and try to cross to Europe and has stressed that we must act collectively to prevent this kind of trafficking that endangers the lives of migrants.

First host countries cannot be expected to shoulder an ever-increasing burden out of proportion to their respective capacities. Europe must demonstrate that it is able to provide direct and tangible solidarity, on much faster timescales and in greater numbers than we have seen so far.

In light of the above, we ask the Commission to immediately undertake and coordinate a relocation initiative regarding this search and rescue operation, ensuring that the responsibility for saving lives at sea is shared fairly between Member States.

As happened with other search and rescue operations in the Mediterranean Sea.

We remain at your disposal.

Facebook
Twitter
Pinterest
WhatsApp
Previous article
Ark of the World – Revealing testimony to SKAI: They had reported the incidents since 2015
Next article
Queen Elizabeth’s death: Youths who insulted Andrew and monarchy will not be prosecuted