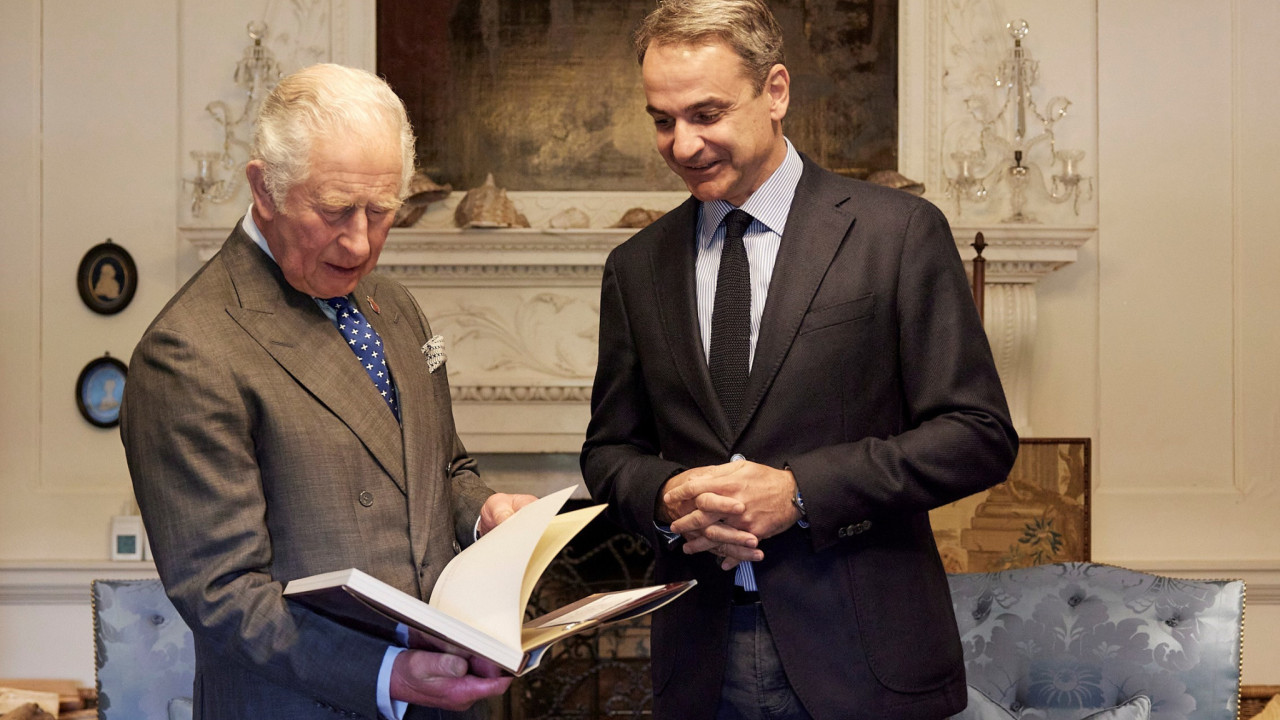 The Greek Prime Minister will participate in the conference organized by Morgan Stanley and the Athens Stock Exchange and will also meet with King Charles.

The exploitation of Tatoi is expected to be the central topic of discussion in the meeting of Kyriakos Mitsotakis with King Charles who, on the occasion of the 200th anniversary of the Greek revolution, had visited Greece and Tatoi.

The government’s goal is to promote the Tatoi estate and facilities. In this context, projects with a total budget of 75 million euros in the first phase are already being carried out or have been launched, for which resources from the Recovery Fund, the NSRF, the National Development Program and private donations will be used.

Prime Minister Kyriakos Mitsotakis will tonight speak at an event with members and executives of New Democracy in London.

On Monday morning he will be the keynote speaker at the Greek Investment Conference organized by the Athens Stock Exchange and Morgan Stanley and will have meetings with investors and business executives.

Tomorrow at 19.00 (Greece time) the Prime Minister accompanied by his wife Mareva Grabowski will be received by King Charles III at Windsor Castle.