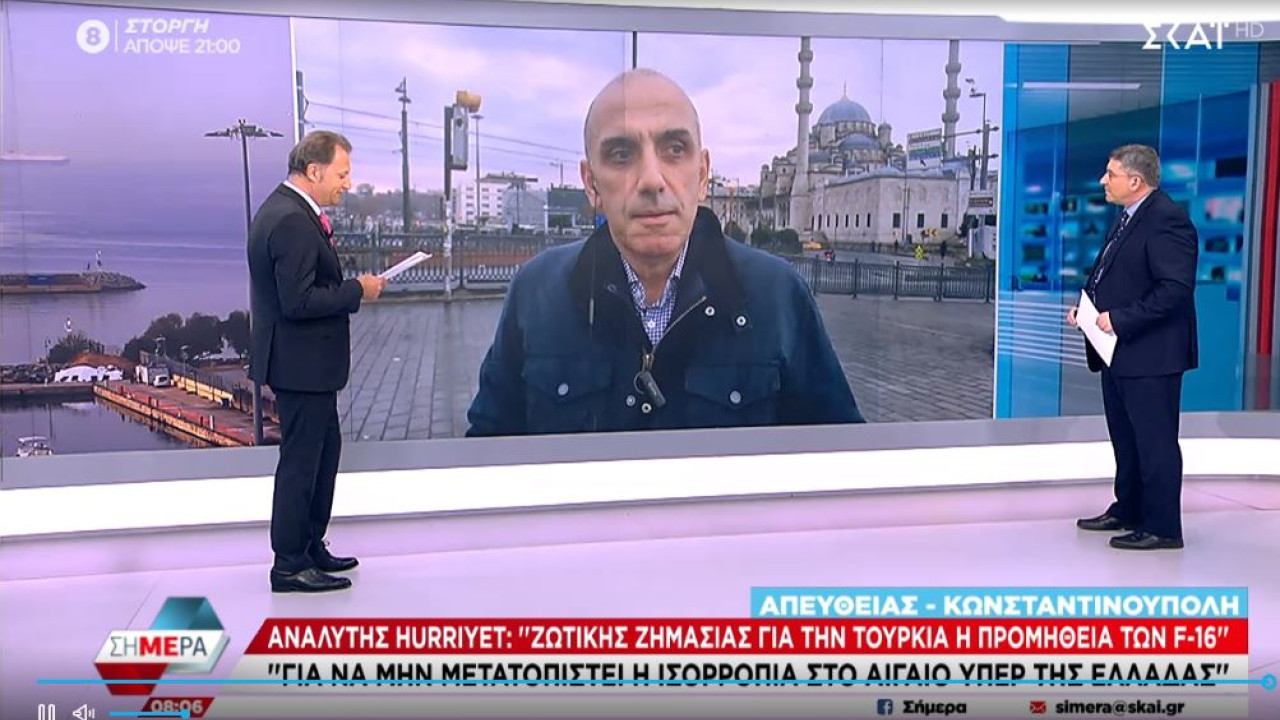 Struggle for F16s in Turkey: Their supply vital, analysts say

An analyst tells Hurriyet that it is “vital for Turkey to supply the F-16s, so that the balance in the Aegean does not shift in favor of Greece”.

As the SKAI correspondent broadcasts from Turkey, Manolis Kostidisthe political analyst Cedar Ergin writes to Hurriyet: “On the US front it would not be a surprise that Turkey would find itself in a major crisis with the US government, especially the Congress, if it launched a ground operation in Syria.

That would jeopardize the purchase of new F-16 fighter jets and the plan to upgrade 80 F-16s, which Ankara sees as vital to ensure that the military balance in the Aegean does not shift in favor of Greece.

Keeping its promise to Turkey, the US administration has ensured that the onerous terms regarding the F-16s in the 2023 national defense budget bill being debated in Congress have been removed from the text.”

The analyst Guneri Civaoglu wrote to Milliyet: “Greece is already receiving the F-16 Block 70/72 as well as the Rafale”

“Greece is also upgrading 83 of its 122 F-16s from Block 52 to Block 70. Two of them have already departed for Greek soil. It has also bought 24 French Rafales. Greece wants to increase their number to 40. It is also interested in the F-35, also known as stealth aircraft.

The Turkish media repeat the threats against Greece: “Turkey warns that it will make a military intervention in the islands”.

“If the Greeks do not demilitarize them, they will be a threat to Turkey”

The former head of Turkey’s General Staff Intelligence Service, Smail Haki Pekin, said: “These islands were ceded to Greece on the condition that they be demilitarized. Greece is doing the exact opposite and sending and installing weapons, weapons systems there. It is essentially pushing and trapping Turkey on its shores. If Greece will control the Aegean in this way, then it will control Cyprus, the western coasts of Asia Minor and Thrace. This is a serious issue. That’s why Turkey says ‘you know what you’re going to do, pull yourself together or I’ll make the necessary military intervention’.

Meanwhile, as it became known a few hours ago, the US they are imposing sanctions on a close friend of Erdogan, Sitki Ayan. The Turkish businessman is accused of money laundering in favor of Iran. Kilicdaroglu had claimed that Ayan was transferring the Erdogan family’s money abroad.