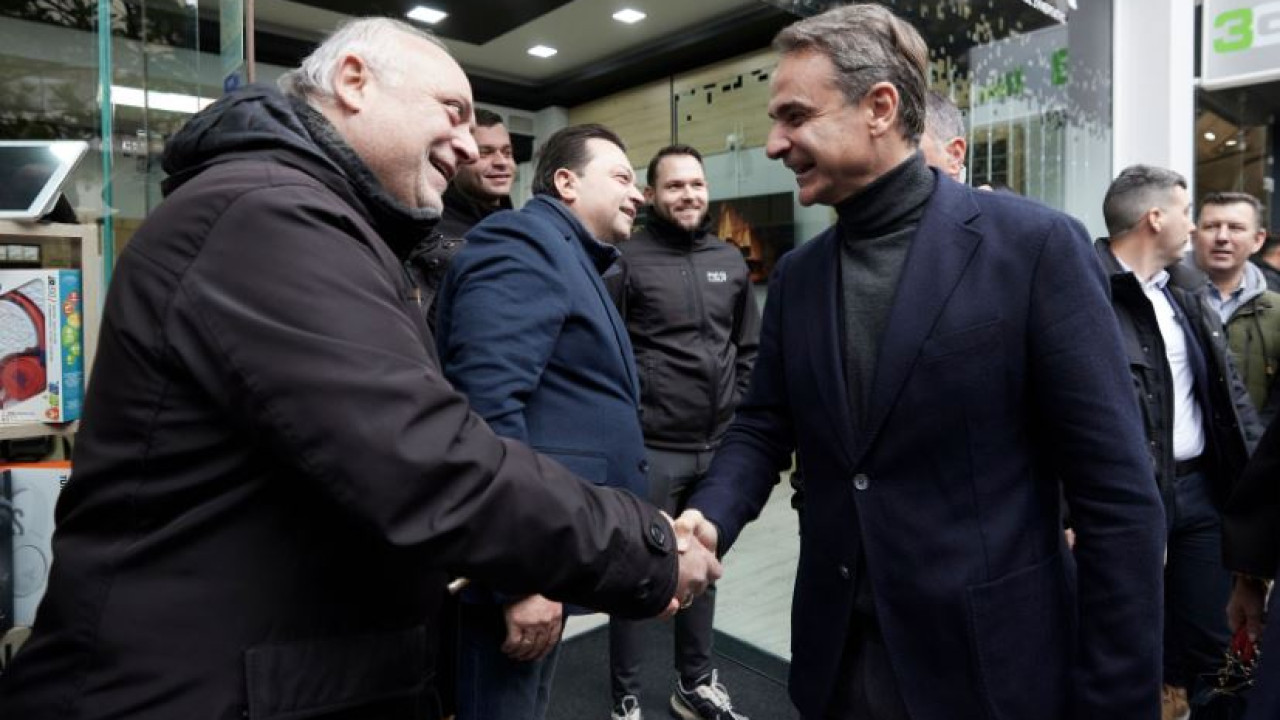 We will continue to be next to all Greek women to all Greeks next to the primary sector to the farmers, he added.

“An independent New Democracy means an independent and strong Greece” and this is the goal for the 2023 elections, Prime Minister Kyriakos Mitsotakis pointed out, speaking to a gathering of party members and friends outside a cafe in the center of Alexandria Imathia.

We will continue to be next to all Greek women to all Greeks next to the primary sector to the farmers, he added.

Mr. Mitsotakis described the next elections as “extremely critical” and noted: “We have achieved a lot these years. We can do more but in order to be able to secure what we have achieved we must be able to continue what we started in 2019. We are sure that even if we need two elections and not one, the final goal will still be one: Self-reliant New Democracy for self-sufficiency and strong Greece. This is no time for experimentation, you see what is happening around us. You see we don’t know the next day what crisis will dawn on us, you see the big challenges we face in our neighborhood. So you see how necessary it is at this critical juncture to have a steady hand at the helm of the country who can guide the boat safely through troubled waters.”

Mr. Mitsotakis referred to the Economist magazine saying that he ranked Greece as a protagonist in economic performance from all the countries of the world for 2022 and pledged that the government will continue to stand by all Greek women and all Greeks.

Referring to the 10% discount for purchases in food stores from February that he announced in the budget debate, he commented that “progressive politics means taking from the few and giving to the many and not the other way around.”

“Anyone who knows well the history of this faction founded by Konstantinos Karamanlis, knows that we are the only truly popular party in the country. patriotic, popular and progressive” said the prime minister.

Mr. Mitsotakis called on the members and executives of New Democracy to mobilize in view of the upcoming elections and underlined: “I want you to know that we will give everything. We will give everything in the next elections to convince our suspicious fellow citizens that the work we have achieved is important and that it is worth continuing. That we are a government that has never said we are infallible but we have proven that we can learn from our mistakes and correct ourselves and become better. We have a vision, we have a plan, I have a clear picture of what I want Greece to be in 2030. A completely different country from the one we received in 2019. And I want us to make this vision a reality, all together.”

The prime minister walked in the center of Alexandria. He talked to shopkeepers and passers-by and said that the message he got is that in these elections the New Democracy will do much better in Imathia, while addressing local MPs he told them that he wants the ND to break all electoral records in this particular law its result.

Facebook
Twitter
Pinterest
WhatsApp
Previous article
Rihanna: She released a video of her child with A$AP Rocky for the first time
Next article
Negotiations for the approval of the PEC continue even after Gilmar’s decision, says Haddad