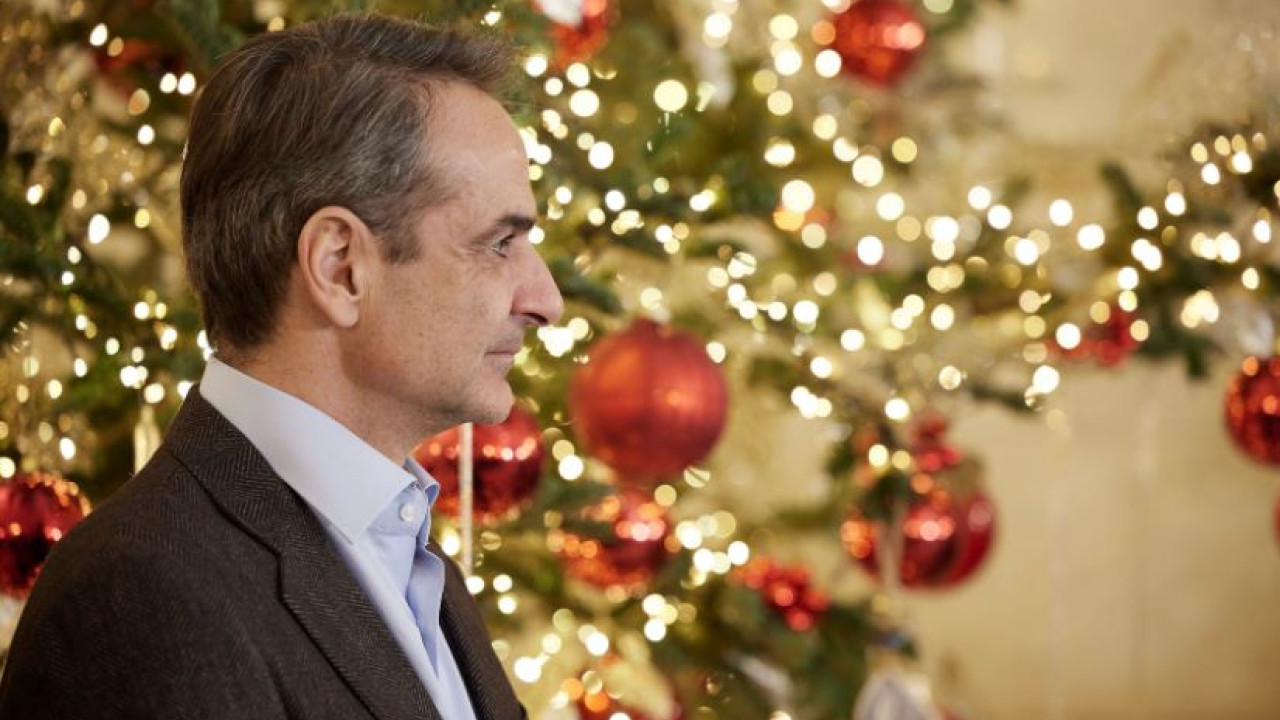 Kyriakos Mitsotakis: Wishes for Christmas with suggestions for books

Reviewing the best memories from previous Christmases, Mr. Mitsotakis proceeds with suggestions for books, highlighting, among others, “Jimi in the Hive” by Christos Homenidis and “The only trip of a lifetime” by Ilias Maglinis.

“Merry Christmas to all! I hope today’s celebration finds you healthy and happy with your loved ones.

Sunday is usually the day of the weekly review, but today I will not write details of government work. Let’s take a break for the holidays! So it will be a different post.

I started writing yesterday at my desk, as soon as the carols were over. It may seem like a simple habit or a photo opportunity when you see the “carols to politicians” on the news. But, really, it’s not like that.
It is a very nice tradition and the place is filled with happy children’s voices, traditional carols, treats and wishes, and I am very grateful for these special experiences.

But if I have to remember the best Christmases I’ve had, the ones that come straight to my mind without a second thought, are my children’s first three.

I still remember what Sophia wore on her first Christmas – a beautiful green velvet dress. It was the three of us, newlyweds with Mareva, and we chose to celebrate alone. Six years later, we had become five. And I remember the longing we had every year to make Christmas magical for the children. What I didn’t expect was that in turn, the children would make Christmas magical for us again.

This holiday season, I want to wish you to enjoy the moments that we often only realize how precious they are when they are gone. The moments with the adults and children of your family. The people you love and who love you.

And to those of you who love reading, instead of the usual government review, today I want to share with you some books that I would wholeheartedly recommend – to read yourself or to give to your loved ones.

So I will start with “Jimi in the Hive”.

Christos Homenidis, whom I also personally appreciate, is undoubtedly one of our most important writers. So here we have again an excellent book by him. The central hero with a past full of Hive, theater, and references of the 60s and 70s, is faced with a series of misfortunes and the modern social reality that changes with an almost violent speed and in which one can be destroyed at a rate digital’. Can it be customized? One of those books you just can’t put down.

I continue with “The only trip of their lives”, by Ilias Maglini.

On the occasion of a trip to Asia Minor, in the theater of operations of the Greek Army 100 years ago, Ilias Maglinis recounts the chronicle of the national disaster. By choosing as the protagonist of his story his father’s father, whom he himself did not know, he attempts to bring to life the experiences of the generation of young Greeks who found themselves far from their homes, in a national adventure caused by bigotry, demagoguery, irresponsibility and bad planning. With this book, Ilias Maglinis succeeds in honoring the memory of the generation of young Greeks whose only experience abroad was this campaign.

I was reading Raimondos Albano’s book, “The Greek Civil War”, when a passage from it about the usefulness of teaching history became a topic in this year’s National Examinations. I was impressed by the way he presented the facts. It documents the interpretations given by each side, deconstructs the most basic myths surrounding the Civil War, and finally invites readers to overcome their own prejudices. Worth reading for everyone.

About Greece and our relationship with the rest of the world, an important book I read this year was “The Greeks- A global History”, by Professor Rodrik Beacon. Beacon, with a focus on the Greek language, takes a holistic approach to the whole of Greek History, from antiquity to the present day, and the cultural and historical points that influenced world culture and intellectuals. It approaches the subject with seriousness and sobriety and is well worth reading.

In something also international, in the field of political science, an interesting book this year is “Liberalism and Its Discontents” by Francis Fukuyama. Fukuyama tackles and analyzes the position, importance and challenges of liberal western bourgeois democracies, the model they promote and what attacks they receive. The book has value both because this year has unfortunately seen Putin’s unprovoked attack, invasion and war in Ukraine and because it thoroughly analyzes the quagmire and dangers that can be created by populism on both the left and the right.
I’m continuing with “Someone Spoke” by Jodi Kantor and Megan Tui.

A fascinating book chronicling the investigation that led to the #MeToo movement. Its pages reflect the bravery of many women who decided to speak about all forms of abuse they suffered in their social and especially work environment. Along with a valuable lesson on how true expository journalism is practiced.

I will close with three excellent books for children that are also read by adults very pleasantly.

“Eleftherios Venizelos – Following his footsteps in history”, by Maros Vassiliadou.

An equally important book for children is the one written by Ioulita Iliopoulou, “The Elytis for Children”.

They are two books that follow the steps of the lives of the two great Greeks from their childhood and explain their work and why today they are considered as legendary figures of Greece.

Finally, the first book by a new author, Theodoros Arabatzis, entitled “The Voice of the Trees”, which describes the adventures of little Maria when her family is uprooted from their town due to a natural disaster.

A book that deals with the climate crisis and the changes we all need to make in our daily habits to coexist more harmoniously with the natural environment.

To those of you who made it to the end, thank you! To everyone, whether you read these lines or not, I sincerely wish you a merry Christmas, full of smiles and sweet memories.”

Facebook
Twitter
Pinterest
WhatsApp
Previous article
In the freezing USA: Thousands without power, at least 22 dead in traffic accidents
Next article
USA: Five-meter python found and returned to its owner