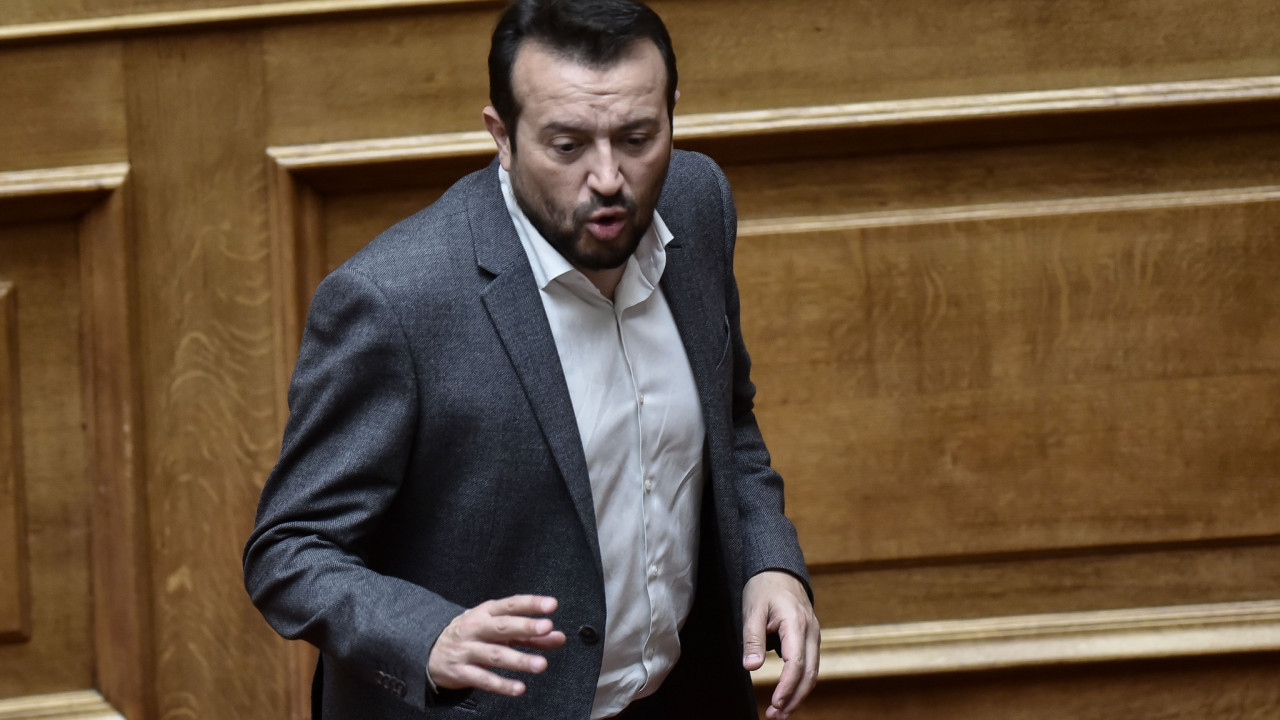 Special Court: Tension over an SMS from Nikos Pappa to Christos Kalogritsa

An electronic message (sms) with which the Nikos Pappas allegedly informing him Christos Kalogritsa, recording percentages of entrepreneurs for setting up a TV channel after the tender for TV licenses, the entrepreneur’s defense filed for the first time in the Special Court.

According to the defense of Mr. Kalogritsa, the filing of the specific SMS proves the collusion of the former Minister of State in the SYRIZA government with the businessman on trial, as well as his relations with the lawyer Artemis Artemiou.

“It is a new sms sent on 9/15/2016. It refers to this sms the name of Artemis Artemios, codenamed A2, of the person referred to by Mr. Kalogritsa’s secretary Ethalia Diamanti. This sms is an important element and comes from Nikos Pappa.

What does the email say?

A2 the one you will see 12.30. A2 and Kalogritsas are apparently indivisible” reads the sms to Mr. Kalogritsa, said Angelos Karahalios, the businessman’s advocate and added: “Two days after the meeting between Fourlemadis and Kalogritsa, we are trying to find another solution to deposit the first installment. This sms reinforces our position that there was close cooperation between Pappa and Kalogritsa and shows direct collusion”.

The statements of the lawyers

Andreas Loverdos and Angelos Karahalios (Kalogritsa lawyers): Christos Kalogritsas was not bankrupt then, nor is he bankrupt now, he is fighting for survival. In front of me, he refused the bankruptcy trick that some suggested to him. Some of the Pappa advocates characterized him in an unprofessional way and led several stakeholders of the political dialogue through the media to lie. The case of the accused minister cannot be saved with such lies, Christos Kalogritsas is standing and fighting, the battle of his life. He is a victim of fraud. In closing in relation to the SMS, which was filed today for the first time, it proves absolutely that the former Minister of State violated his duties, that is, he violated the law and the Constitution

G. Mantzouranis: The sms that was belatedly presented today by Kalogritsa’s defense has zero probative value and creates reasonable suspicions about the authenticity of all the messages used and will be used by Kalogritsa. And this is because from a simple reading of the Pappa Law, it unquestionably follows that no A2 could participate in the share capital of a company with a legal television license because there was an express and categorical obligation to name the shares up to the percentage of 1%. Well, this sms is a continuation of Mrs. Euthalia’s fairy tales

The court, before the beginning of the testimony of the Governor of the Bank of Greece Giannis Stournaras, announced that the businessmen, the Khouri brothers, will not appear as Fouad Khouri is facing a very serious health problem, while Samer Khouri is outside Greece, between England and Switzerland and he cannot come.

Then Mr. Stournaras was examined, who referred in detail to Christos Kalogritsa’s loans from the Bank of Attica, to the efforts of the Bank of Greece to place administration on the bank in question and how it was “dissolved”, as reported by the administration appointed by the then SYRIZA government .

“I referred to the conclusion of the SC for some unusual practices in relation to Attikis bank and not specifically to Mr. Kalogritsa” said Mr. Stournaras and clarified in response to the question of whether the loans to Toxotis (Kalogritsa company) were to blame: “given that the loans had become non-serviceable contributed to these as well, but not only these. This long-suffering bank had problems stemming from its public nature. It had to be privatized. Then we saw that it needs to be checked. Many non-performing loans arose. It is difficult to say whether loans were intentionally given that could not be serviced.”

Chairman: How do you justify the fact that until the end of 2014 it had a credit limit of 47 million euros and in the following 1.5 years it more than doubled?
An important client of a bank comes and asks for a loan of 15 million euros. Shouldn’t the bank ask and check why the loan is being discussed?

Witness: It would be a tragic mistake if the bank did not carry out the control you just mentioned.

Chairman: do you know if the Kalogritsa group participated in the bank’s share capital with Loans?

Witness: Possibly. We discovered such practices of the bank. Then it was not… criminal, today it is expressly prohibited