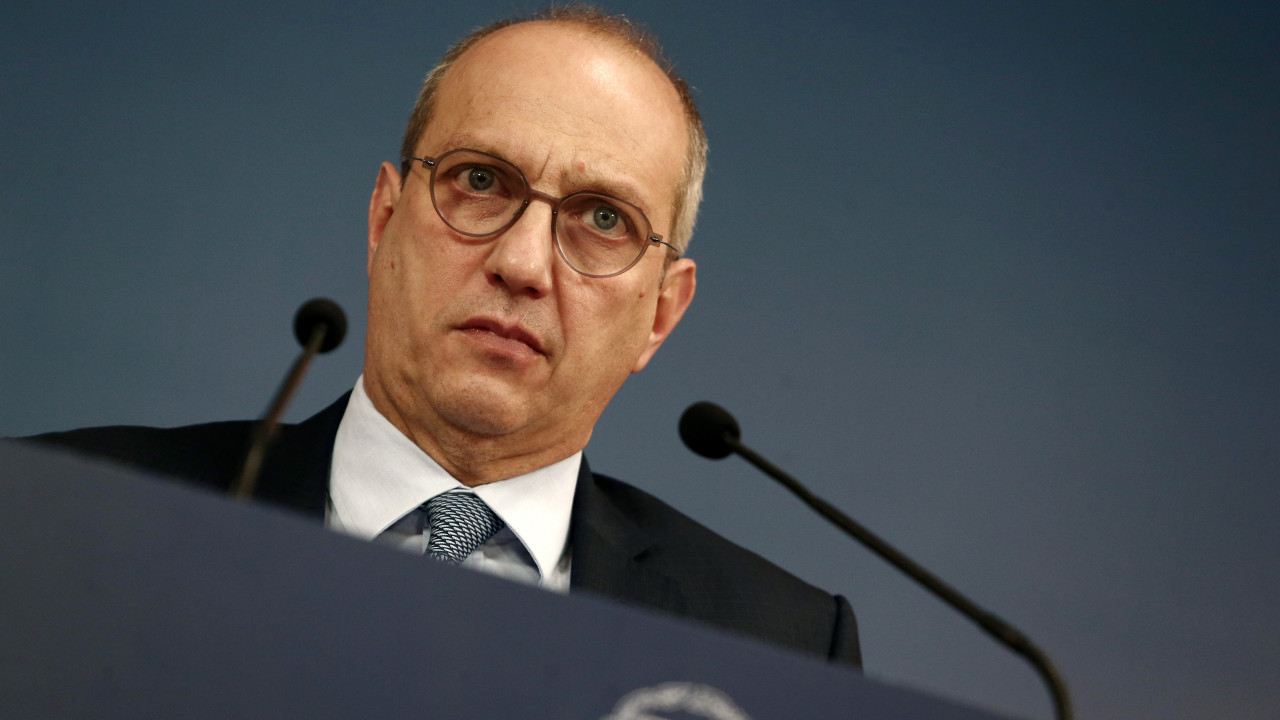 Economou: Let Mr. Tsipras dare to make a motion of censure against the government

“The president of ADAE turned the Authority’s independence into a privileged relationship with SYRIZA,” the government spokesman said earlier

To the statements of the official opposition leader, Alexis Tsipras, the government representative, Yannis Oikonomou, responded.

“With tonight’s delirium of Mr. Tsipras outside the Presidential Palace, the planning that has been going on for months now has been completed. With material that dirty networks have long had at their disposal, they proceed to unsubstantiated, imaginative and completely untrue conclusions”, says Mr. Oikonomou in his statement.

And he points out: “But many words are poverty. Let him dare to make a motion of censure against the government. We will discuss everything there. All! How was Greece with Mr. Tsipras as prime minister and how is it today. The rule of law that in its days was left in the hands of witnesses like “Maximo Sarafi” who was arrested today for fraud. The affidavits about bags of money that went to the coffers of SYRIZA. The A2 and the Cypriot offshore. The miseries for the supposedly dead Maria. All this and much more. So we are waiting.”

Earlier, Yannis Oikonomou in his statements referred to the actions of the head of ADAE, which he characterized as “institutional and political misdirection”, commenting on how he managed to turn the Authority’s independence into a strange privileged relationship with SYRIZA and its President.

“Since August, the Government has taken a clear and firm position on the issue of connections: it has immediately given political responsibilities and undertaken initiatives to institutionally shield the State organs, the EYP in particular. At the same time, it unconditionally supports and actively assists, through the public authorities, the Greek Justice in the work it has undertaken to fully clarify every aspect of the case.

These attachments, unequivocally, were not known to the Prime Minister and the Government. No information and no evidence ever came to the knowledge of the Prime Minister and the Government. Justice must quickly bring to light the real dimension of this case and which dirty networks privileged and systematically channeled material and information to specific mechanisms. Dirty networks that, blindly trying to hurt the Government, end up acting against the Motherland.

Now let’s go to the rest.

A democracy is strong when everyone respects the Constitution and the laws. Greece is a democratic state governed by the rule of law and no one is above the laws, nor is they entitled to interpret them as they see fit.

Regarding the choice of the president of ADAE to turn the independence of the Authority, which they head, into a strange privileged relationship with SYRIZA and its President, there have been multiple indications for a long time.

Here is an indicative sequence of events.

• In violation of a clear provision of the law, he appealed to the mobile phone providers to check for any privacy removals, although the ADAE maintains a full file of the prosecutor’s orders in its files and could do a simple cross-check. The motive, obviously, was to create impressions and his act was warmly applauded by SYRIZA. In fact, the opinion of the Prosecutor of the Supreme Court was defiantly ignored, although according to the Constitution the administration as a whole is subject to judicial function.

• In addition, in excess of any authority and despite the clear Constitutional provision, a request was submitted to a parliamentary committee in order for the Head of the Anti-Corruption Commission to appear on his own initiative. SYRIZA immediately embraced the initiative.

• In the face of the obvious legal disorder, the Head was forced to fold.

• In violation of any concept of collective functioning, the plenary session of the ADAE was systematically ignored. There was no decision of the body, but only a judgment of its Head.

• Although requests were submitted to the Parliament, there was frequent communication with officials and the Leader of SYRIZA, “depositions” in European institutions and articles, communication with the Prime Minister was never sought, for almost four years. Is it not normal, if someone considers that there is – if he thought that there is – a question of constitutional violation, to include the Prime Minister among his interlocutors, in order to make him public?

• In the context of the above-mentioned “activism”, it was chosen in this particular period to change the interpretation that ADAE itself attributed to the law, which has been in force for twenty years, and concerned the information of the Parliament and the leaders of the parties. Although the interpretation, which Mr. Rammos himself gave, was about informing the Parliament only about statistics, suddenly, he makes a completely opposite interpretation, personalizing the information. Apparently, he aspires to become a political actor in a sensitive period.

These revelations to date. And we come to today.

Yesterday, the President of SYRIZA announced his meeting today with the President of the Republic. Only this nothing else. Miraculously, this morning, around 10.00, a meeting between Mr. Tsipras and Mr. Rammos is announced. After their meeting, Mr. Tsipras holds a file. The content of the file is announced, quickly and rather by coincidence, where the information of the polluting networks is also published. In the end, much later, he receives a letter from Mr. Rammos and the Prime Minister.

In conclusion, what the Head of ADAE has been doing for a long time is a serious mistake. Institutional and political. Our silence all this time did not constitute weakness, but an attitude of responsibility towards what ADAE should have been: a truly independent Authority that would operate within the framework defined by the Constitution.

Today, however, all doubt disappeared.

This about Mr. Rammos, with events and chronological sequence. Mr. Tsipras, as Leader of the Official Opposition and former Prime Minister, must reflect on his political responsibilities. Finally, Mr. Tsipras’s gravest mistake will be, by using the illegally extracted data that Mr. Rammos undertook, to involve the President of the Republic in a plan to serve party purposes.

The Government, with absolute adherence to the Constitution and the laws and undivided trust in the work of the independent Greek Judiciary, having spoken clearly from the first moment about the connection case, guarantees both the disclosure of the full truth and political normalcy.”

Facebook
Twitter
Pinterest
WhatsApp
Previous article
Christovasilis: “No one knocked on the door of PAS, the purchase of Panaitolikos is a strange move”
Next article
Mitsotakis’ message to Turkey: Greece wants good relations, but will not dialogue with the absurd