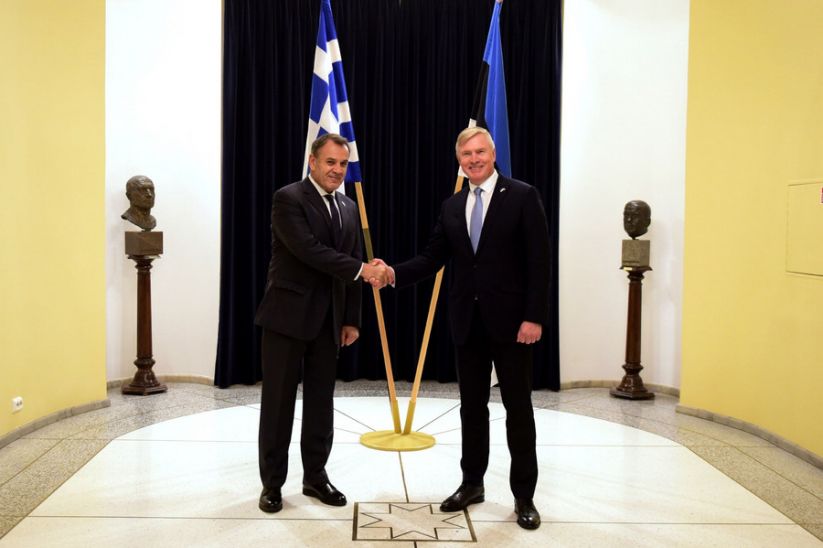 “A failure to meet the threats and challenges to our sovereignty and our sovereign rights would certainly have a negative impact and consequences on the stability and security of our regions and of Europe in general,” National Defense Minister Nikolaos Panagiotopoulos said in a statement. after his meeting with his Estonian counterpart Kalle Laannet in Tallinn.

“We believe that we need to provide support to these countries in the ‘neighborhood’ within Afghanistan and work together to avert a humanitarian crisis and turn migration flows into weapons against our countries,” he added.

“We are concerned about the situation on the Polish-Belarusian border. Whenever there is a threat at Europe’s external borders, there must be co-operation aimed at de-escalating the situation.

“Belarus must stop endangering human lives and stop these attacks,” he said.

“Estonia fully supports a comprehensive approach to security. “Mutual understanding of security issues is the best guarantee for the operation of the Alliance,” he added.

According to relevant information, Mr. Panagiotopoulos reiterated that “Greece has always supported and been involved in initiatives for stability and security in the Balkans, the Eastern Mediterranean and elsewhere. “We have built strong alliances with countries in the wider region, based on the rules of international law and the principle of good neighborly relations.”

Issues related to the strengthening of bilateral defense cooperation and cooperation between the two countries in the framework of NATO and the EU were discussed at the meeting.

Facebook
Twitter
Pinterest
WhatsApp
Previous article
Nymphaeum: The mountain jewel of Greece which is among the ten most beautiful in Europe (vid) |
Next article
Lukashenko – Immigration: Russia’s Involvement with Our Possible Mistake on the Border with Poland |