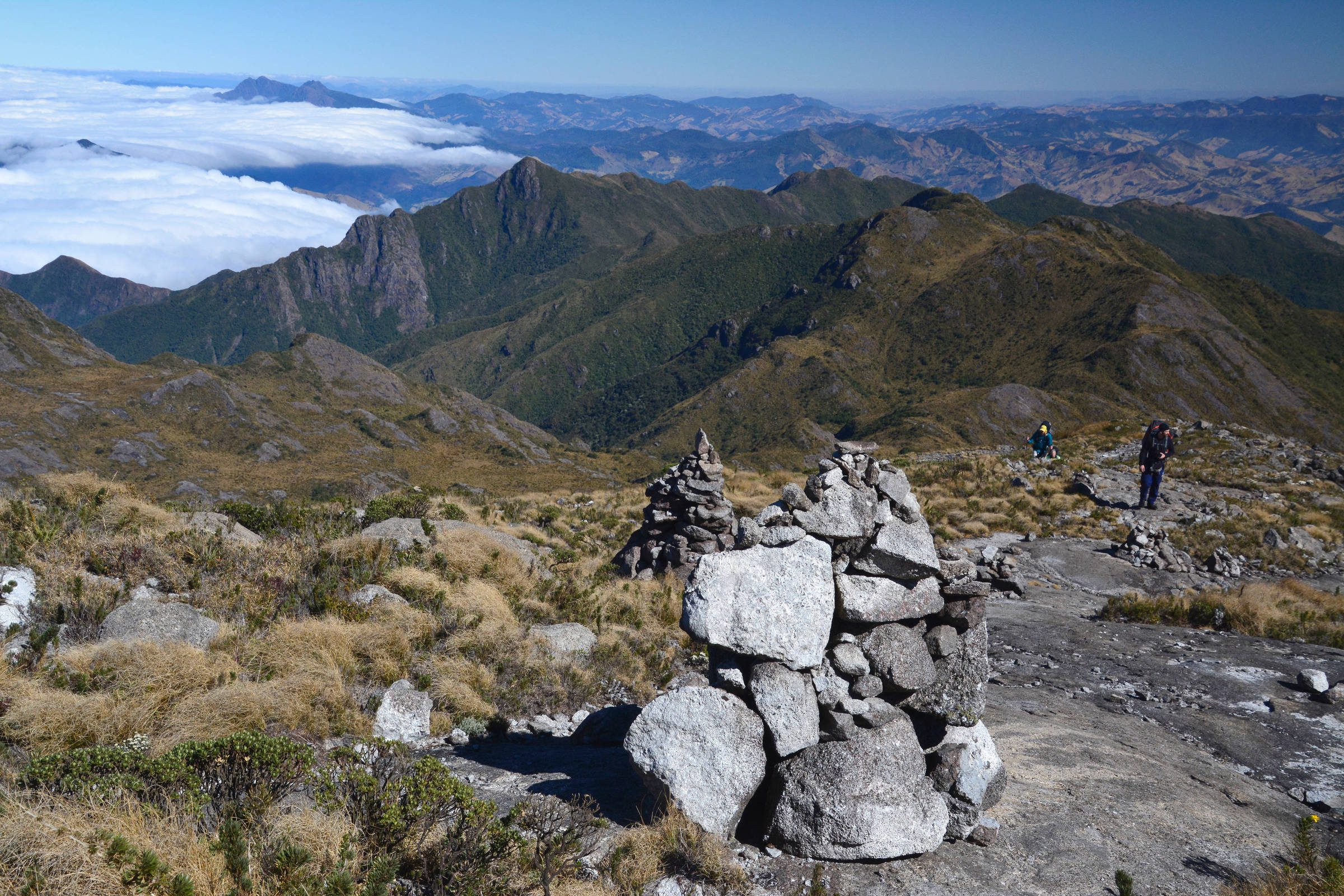 Opinion – É Logo Ali: The “four without judgment” who pioneered the Serra Fina

The Serra Fina crossing, a 30-kilometer stretch of the Mantiqueira mountain range between São Paulo and Minas Gerais that includes the coveted Pedra da Mina, the fourth highest mountain in the country, with an altitude of 2,798 meters, is one of the most famous and technically demanding trails. from Brazil. His trekking was closed for almost two years after the area was hit by a forest fire in 2020, which destroyed 600 hectares of native vegetation. The trail was reopened this winter season, last June, but it should only be available for visitation until the beginning of October, according to the Serra Fina Owners Association, which brings together the owners of land that give access to the Alta Montanha website. the region. The reason? Ensuring that unwary people venture out on their paths at a time when strong storms are frequent, making trekking a more dangerous undertaking than usual. The area should only be reopened to visitors at the end of March 2023.

If today Serra Fina is a mandatory stamp on a mountaineer’s card, it is worth remembering that the route that today is covered in four days was only demarcated in a relatively recent period, over 12 years —from 1971 to 1983— of four efforts. men that the last remaining man, Peter Barry, defined as “the four without sense”: besides him, the German Adalbert Kolpatzik, the miner Galba Athayde and the Polish Michel Bogdanowicz, who died on August 16th.

“We thought it strange that, despite being so visible, both from Itatiaia and from Vale do Paraíba, there was no exploration in those mountains at that time”, recalled Barry, “There were 14 departures made on long holidays until we completed the crossing”, recalled the New Zealand physicist Barry , 80, in a lecture held on August 24 to pay tribute to his colleague who has been working for 40 years, at CAP (Clube Alpino Paulista). It doesn’t hurt to remind those who never lived in the world without a cell phone that at the time there was no GPS, Google Maps or anything similar. In fact, not even maps of the region were available. “When we had completed the crossing of the entire top of Serra Fina, we had to mark everything again, because we had opened the way with a machete, and during that time it had already closed again,” explained Barry.

To orient themselves, they left stone totems along the way. “There’s a New Zealand saying that on the way up, all roads lead to the top, but on the way down, each leads to a different base,” Barry recalled in his speech. For kids, that means navigating downwards is always more difficult, because one misses the peaks as reference points. That story that every saint helps down, in the mountains, is definitely not true. Whoever doubts, ask your knees.

Barry pointed out that, in the beginning, he didn’t see the project as something to be documented, so he didn’t bother to make records and reference drawings. “The lack of vision of the exploration context at the beginning was a mistake on my part”, he admitted to the blog, explaining that, as the exits were sporadic, he considered “each attack as an isolated event”. Only with time, “with more frequent departures, I came to realize the extent of the project and record it better, until today I have a clear idea of ​​what we did and the places we explored”, he adds.

Though reluctant to talk about himself, Barry admits he considers himself “privileged to have been in the right place at the right time.” And glad he was there!

Facebook
Twitter
Pinterest
WhatsApp
Previous article
Androulakis to watch: From the first moment the government tried to downplay my complaint
Next article
ECB: Towards a historic increase in interest rates