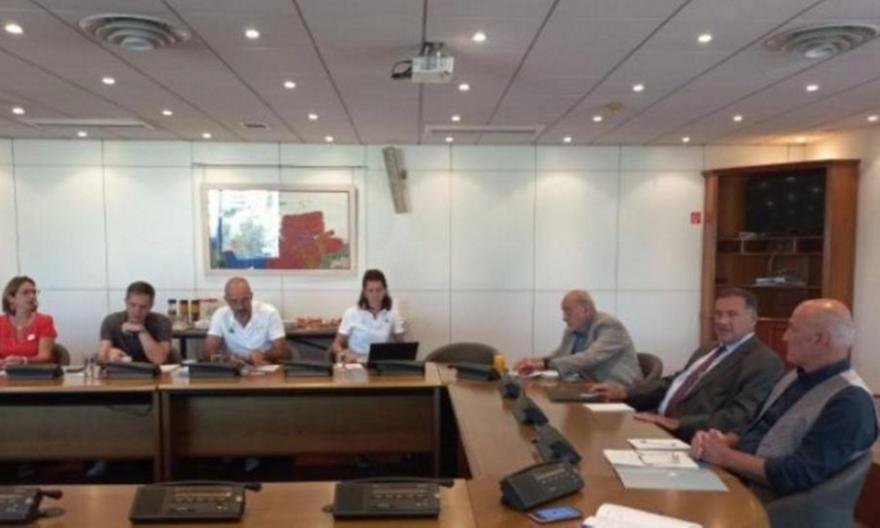 The visit of the five-member French delegation “Paris 2024” to Athens started from the offices of the EO on Wednesday, where the first discussions were held on all issues related to the Olympic Flame and the Torch Relay, in the presence of the President of the Hellenic Olympic Committee, Spyros Kapralos, of the General Secretary, Manolis Kolimbadis, and the President of the Olympic Torch Relay Committee, Thanasis Vassiliadis.

Mr. Kapralos welcomed the members of the French delegation, stressing that: “Dear friends from France, we are glad that you are here to discuss the details of the Touching and Handover Ceremonies of the Olympic Flame for Paris. The two previous times, for Tokyo and Beijing, there was no Torch Relay due to the pandemic, but now we will keep the tradition and it will be repeated.

The next Olympic Games are also particularly important for us, as we have excellent relations with France at all levels and together we revived the Olympic Games in 1894 with the establishment of the IOC and in 1896 with their organization in Athens. I believe that you will have an excellent cooperation with the President of the Olympic Torch Relay Committee, Thanasis Vassiliadis, who has a lot of experience in this field.”

On Thursday, the representatives of the “Paris 2024” Organizing Committee will travel to Ancient Olympia, to see up close the facilities and the place where the Olympic Flame was born to begin its journey to the Olympic Stadium of the “city of light”.

It will be followed on Friday by a visit to the Kallimarmaro Stadium, where the sacred Flame, after the Torch Relay on Greek soil, is handed over to the Organizing Committee of the next Olympic Games.