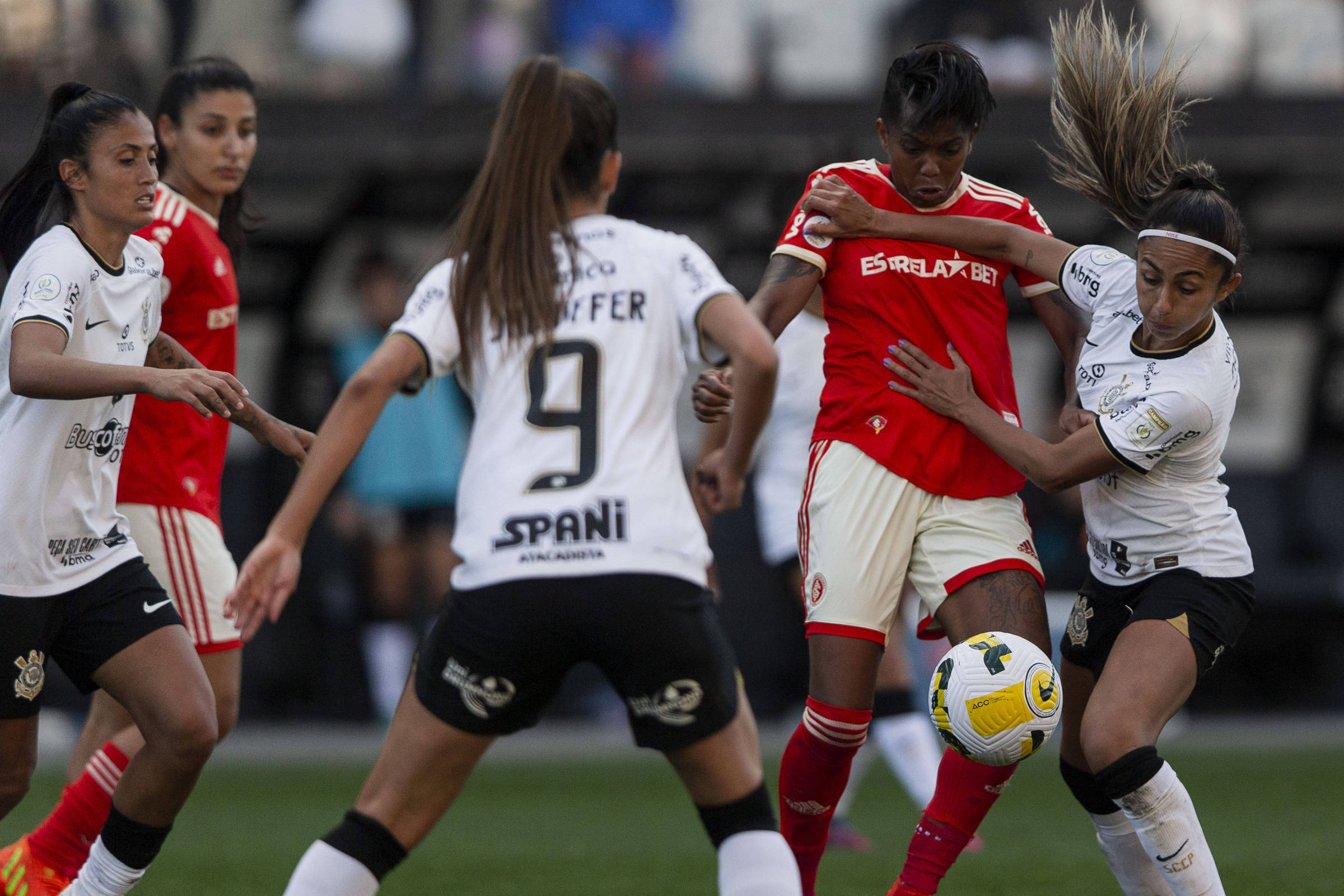 The shows seen in Beira-Rio and Itaquera in the finals of the Brazilian Women’s Football Championship marked the end of an era and the beginning of another.

More than 77,000 fans attended the two games, apart from those who saw it on TV.

Those who watched only had reason to want to see more, to follow the games again, such was the quality of the two games between the Corinthian Brabas and the Coloradas Girls.

The nicknames of the two teams say a lot, by the way.

Mature, the alvinegras reached the third consecutive championship, the fourth alternate, in the sixth consecutive final they played, to complete 13 victories in the 13 matches they played at the Itaquera stadium throughout the history of the team and the stage, this time with 41 thousand fans, new continental record for women’s club games.

After the 1-1 in Porto Alegre, the 4-1 in São Paulo frustrated the non-Corinthians who wanted to see a more balanced final.

The experience of the Brabas spoke louder, and the Girls succumbed to Fiel on a gala afternoon.

An afternoon that, by the way, should have started two hours later and could well have been on Sunday, to take advantage of the men’s championship stop and give the decision to the prime time of football, an opportunity wasted by the CBF.

Anyway, the level of the sport has changed from now on.

The girls in Brazil have become adults, even the youngest ones, as adults are the young Vinicius Junior and Pedro.

We looked at the generation of Formiga, or Marta, as one looks at heroines — and they were, were and really are.

They won Olympic silver medals, they were runners-up in the world.

For that, they faced more than the American queens or the strong European teams, but, first, the prejudice and, later, the national neglect.

Once the main barriers were overcome, new conquests followed, and more important than having a winning Brazilian team is having clubs capable of putting together good teams and attracting the support of their fans. Even because it will reflect in the selection. Here’s what the women did.

The main clubs in the country, the ones with the biggest masses, today have competitive teams, and, as much as the Alvinegra champions have thrashed Palmeiras and Inter in the semifinals and finals, the recently ended championship showed fierce disputes between the teams .

Repeat: the girls have become women, the girls are adults, the shows they star in are worth it.

If the gaúchas had broken the São Paulo hegemony, we would have seen another step taken towards the nationalization of women’s football, but the Brabas, as if they were the Bavarians of Munich in Germany, do not seem willing to give space to competition.

Okay, part of it.

There is now a lack of commitment to force FIFA to also host the Women’s Club World Cup, because, if the gap between teams has increased in recent times, it is undeniable the curiosity to see a clash between the European champions of Frenchman Olympique Lyonnais and the three-time champions of Libertadores from Corinthians.

On the 13th of October, the Corinthians, in addition to the Palmeiras and Afeanas from the Araraquara Railway, will be in Quito, Ecuador, to start disputing the 14th Libertadores, ten times won by Brazilians.

It will air on TV Pluto, Paramount’s streaming channel.