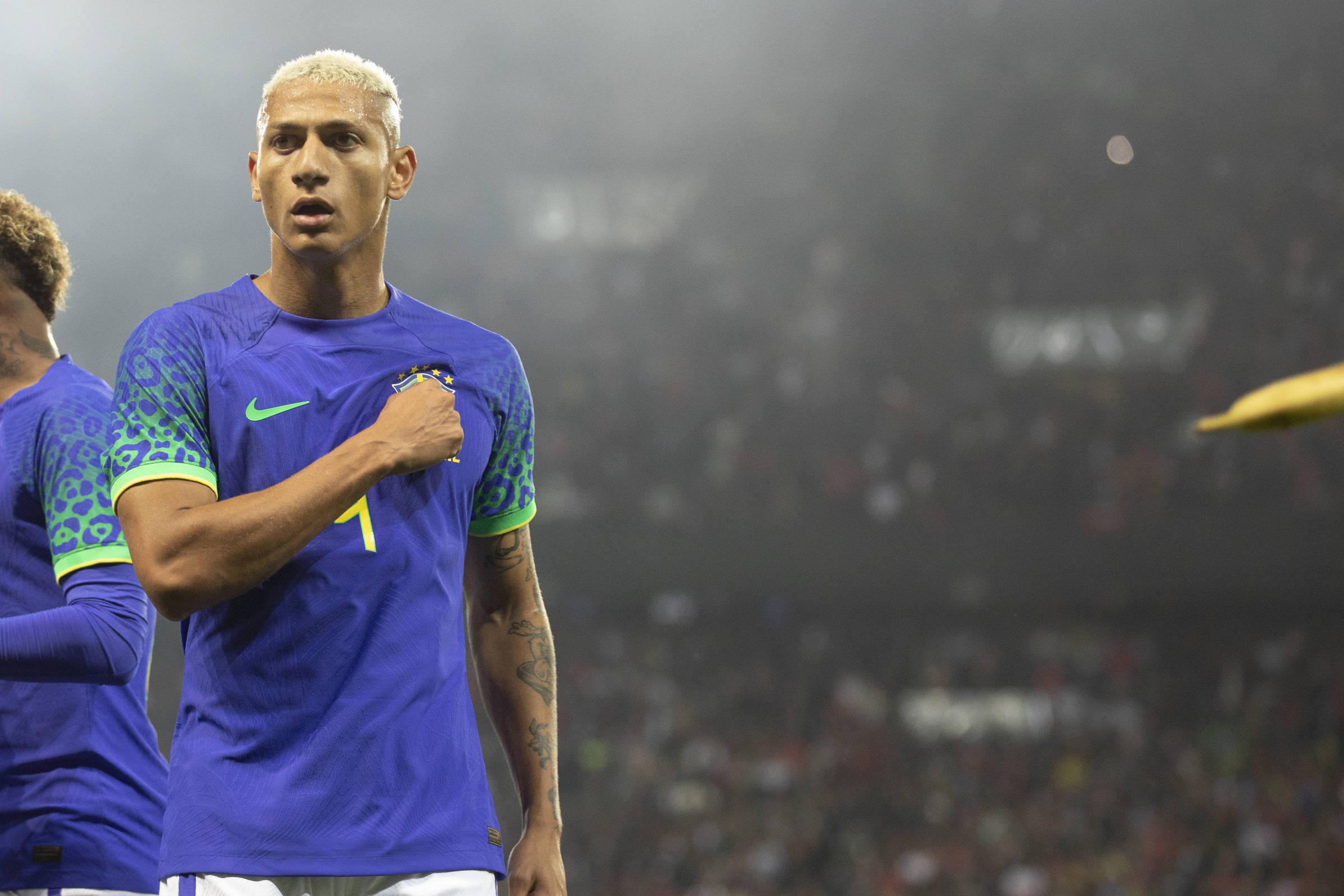 Richarlison criticizes lack of punishment for racist acts: ‘it will continue to happen every day’

Striker Richarlison criticized the empty words of the leaders in the fight against racism and asked for punishment for such gestures. During the 5-1 victory of the selection against Tunisia, this Tuesday (27), in the Parc des Princes, in Paris, a banana was thrown in the direction of the player.

“As long as they stay blah blah blah and don’t punish, it will continue like this, happening every day and everywhere. No time brother! #racismono”, wrote the Tottenham player on Twitter.

After Richarlison scored Brazil’s second goal in a friendly in preparation for the Qatar World Cup, the forward was targeted by several objects thrown from the stands, including a banana, which fell to the lawn.

Richarlison expressed his irritation while still on the field.

Coach Tite also criticized the act of racism. “Football is not worth everything. Stadium is not to do what you want. The process of punishment and identification must also be inside the stadium, the crowd”, he said.

A few days ago, Brazilian players came out in defense of another forward for the national team, Vinícius Júnior, from Real Madrid, who was the victim of racist chants during a match against Atletico Madrid. The Spanish Justice opened an investigation.

The friendly between Brazil and Tunisia, played in front of a majority of Tunisian fans in Paris, was marred by other incidents, including the boos at the Brazilian anthem before the game.

The match was interrupted for a few minutes in the first half due to the use of laser beam devices against the players.

Facebook
Twitter
Pinterest
WhatsApp
Previous article
The gangs of the Polytechnic University: Weapons, robberies, drugs, violence, intimidation and a “strict door” at the residences
Next article
Maisie Williams: “Arya Stark” from “Game of Thrones” revealed that her father abused her from the age of 8