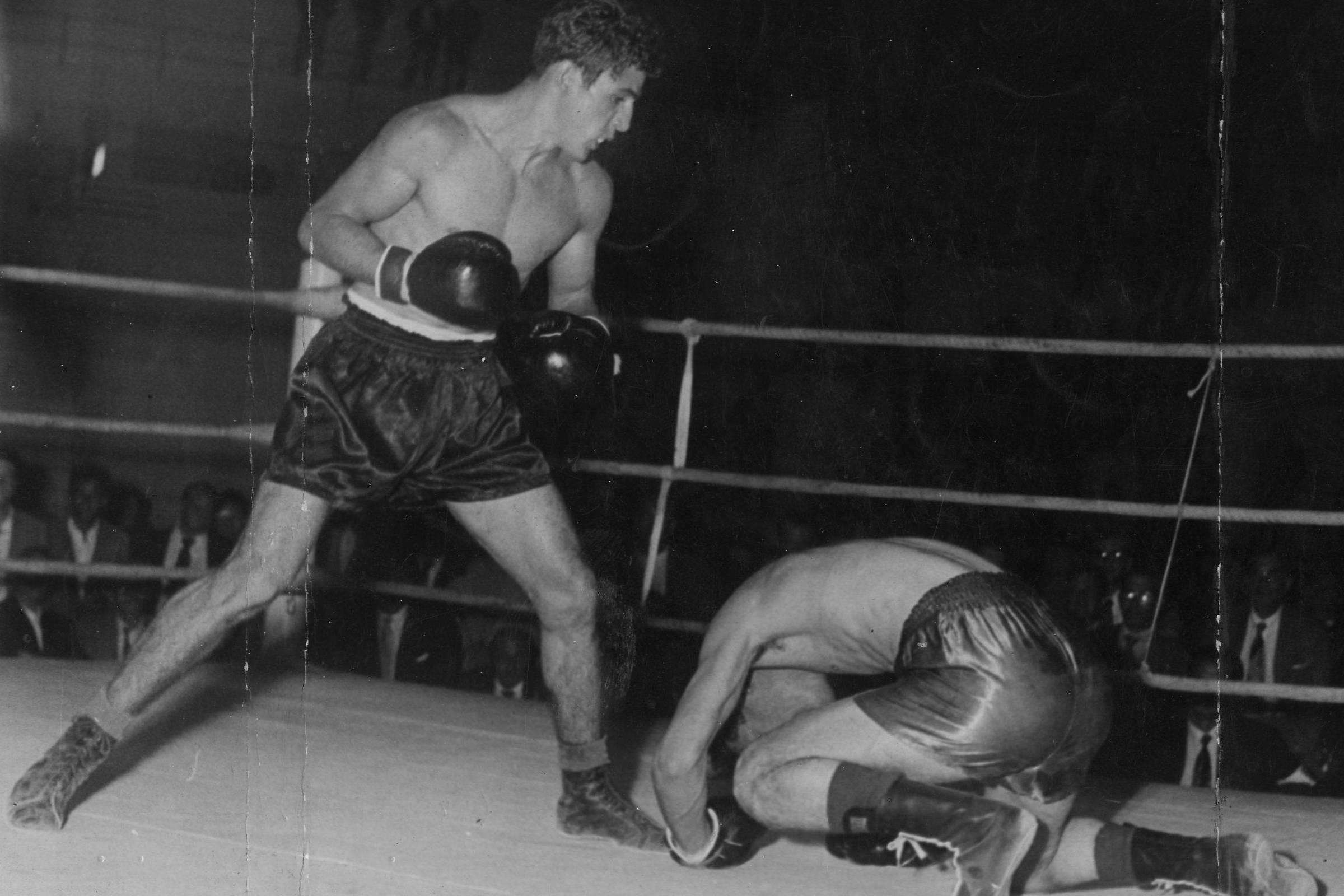 Eder Jofre, the biggest name in Brazilian boxing, dies at 86

Eder Jofre, from São Paulo, champion of the roosters and feathers, is internationally recognized as one of the best boxers in the entire history of boxing. In the years he fought, there were fewer weight classes and belts, which made it a more difficult task to be world champion.

The Brazilian boxing star died in the early hours of Sunday (2), at the age of 86, in Embu das Artes, in the metropolitan region of São Paulo. According to his family, the former athlete suffered sepsis and acute kidney failure.

When discussing the weight category in which Eder won his first world belt, that of roosters, whose limit extends to 53,534 kilos, the Brazilian is widely regarded as the best in history. No wonder it is known as “The Golden Rooster”.

Although from humble origins, Eder had the option of pursuing other careers. He even attended the Lyceum of Arts and Crafts in São Paulo, and, later, the famous plastic artist Aldemir Martins, a regular attendee of boxing nights, offered to be his tutor, but warned that he would have to dedicate himself exclusively to drawing and the painting. Eder opted for boxing gloves.

A product of the Jofre-Zumbano clan, a family that produced 28 boxers, he combined technique with the grip with which he knocked out with either hand. He had reflex, speed, defense, “chin”, intelligence to adapt and courage.

He could afford to choose between acting with finesse or “fighting”, he mastered the art of punishing the body of opponents, dodged and counterpunched with mastery.

In his 38th fight, Eder, who was trained by his father, “Kid” Jofre, won the World Boxing Association bantamweight title (then National Boxing Association) on November 18, 1960, by knocking out Mexican Eloy Sanchez in six robberies in Los Angeles, USA.

In 1963, he was recognized by the newly formed World Boxing Council as its inaugural bantamweight champion. The Brazilian defended his belts around the world.

Eder lost the title in May 1965 when he traveled to Japan to face former fly champion Mashiko “Fighting” Harada. Dehydrated to fit into the roosters’ category, which is increasingly difficult for Eder, he lost a controversial points decision in 15 rounds.

A year later, he returned to Japan, where he was again defeated on points by Harada, in a fair decision.

At the age of 30, Eder hung up his gloves, but after three years, he resumed training and returned to the ring in August 1969. This time as a featherweight, weight category whose weight limit is 57.153 kilos. It was the beginning of a streak of 25 fights, 25 wins, 13 of them by knockout.

In May 1973, shortly before turning 37, Eder beat Cuban-born Spanish José Legra and won the World Boxing Council featherweight title by points in 15 rounds. Five months later, he successfully defended his belt via a four-round knockout of Vicente Saldivar, who would be inducted into the Hall of Fame.

In the following months, Eder saw his belt being taken away on the mat, when his manager and that of challenger Alfredo Marcano could not reach an agreement.

He remained inactive for two years, returned in 1976, added seven more victories, but, discouraged, hung up his gloves permanently at age 40, when his brother, Dogalberto, who would take over as his coach, died. Before the fatality, excited, the “Golden Rooster” had even said that he would try to reach another world title.

His definitive record, which earned him a place in the prestigious and world-renowned Boxing Hall of Fame in Canastota, in 1992, has 78 fights, 76 wins, 50 of them by knockout, 2 losses and 4 draws.

Eder was elected and served four terms as a councilor for the city of São Paulo, between 1982 and 2000.

In the last decade, a series of initiatives promoted the revitalization of the image of the former boxer, who rescued his achievements for a new generation. In 2018, the biopic “10 Seconds to Win” was released, inspired by the life and career of the Brazilian. In the same year, at Pelé’s initiative, there was a reunion after 45 years, with conversation and exchange of gifts.

After years without going to the annual convention of the World Boxing Council, Eder attended the 2019 edition in Cancún, Mexico, where he was recognized as a three-time world champion and cheered by an audience made up of dozens of present and past world champions, which brought him to tears.

There, conversations began for Eder to be inducted into the West Coast Boxing Hall of Fame in 2022. In Los Angeles for the ceremony, Eder had the opportunity to relive and be moved by visiting the stage of one of his greatest triumphs, the famous Olympic Auditorium, now converted into a church, where he beat the very dangerous Joe Medel in the title qualifier.

After the death of his wife, Cidinha, on May 10, 2013, the health of the former athlete, who already suffered from encephalopathy, began to deteriorate. He moved in with his daughter, Andrea, and his son-in-law, Antonio Oliveira, where he stayed until the beginning of 2022, when, due to problems related to breathing, balance and nutrition, he was transferred, on medical advice, to a clinic, where he began to receive the most appropriate care for his condition.

To this day the “Golden Rooster” is reverently remembered by professionals in the boxing industry in the West and in the East and periodically by specialized publications, where he is an easy figure in the rankings that compile the best boxers of all time, the biggest catchers and most successful returns to the ring.

Facebook
Twitter
Pinterest
WhatsApp
Previous article
Citi Beach Office Could Be Shooting in the Foot for Young Professionals
Next article
Opinion – Ronaldo Lemos: How to protect the brain from technology?