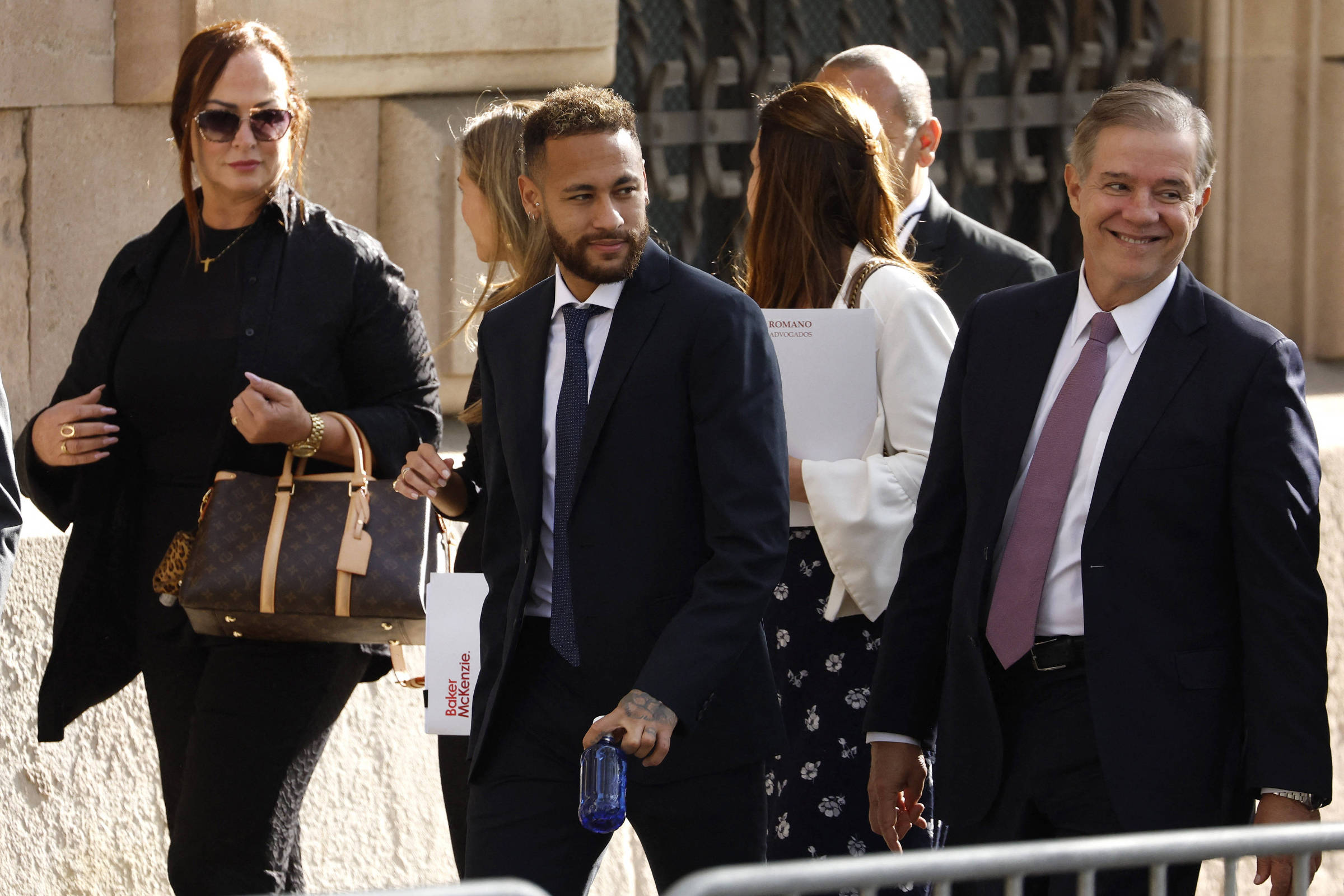 Brazilian star Neymar said on Tuesday (18) that he signed the documents presented by his father, when giving testimony about the alleged irregularities in the controversial transfer of Santos to Barcelona in 2013.

“I sign what he asks,” Neymar said in a brief statement during questions from prosecutors.

Asked if he had intervened in contacts with Barcelona for his transfer, the 30-year-old Paris Saint-Germain striker said he did not remember. Regarding contract negotiations, he stated: “My father always took care of everything, he was always responsible for it”.

Initially scheduled for a later date, the testimony of the shirt number 10 of the selection at the Audiencia de Barcelona was brought forward to this Tuesday at the request of his lawyers, who claimed that the striker should play for PSG on Friday, French championship, and next Tuesday, for the Champions League).

He will not need to return to the trial in person, but it is possible that he will have to speak again until the end of the process, on October 31, by videoconference.

On Monday, the defense of Neymar, who from November 20 will lead Brazil’s national team in the Qatar World Cup, obtained authorization for the striker and his parents, also sued, to leave the court for a few hours during the initial audience.

The reason? The player was tired after playing a match on Sunday night, when he scored PSG’s winning goal against Olympique de Marseille in the French championship.

The Public Ministry asks Neymar, accused of corporate corruption, two years in prison and the payment of a fine of 10 million euros (about R$ 52 million).

His parents, former Barcelona presidents Sandro Rosell and Josep Maria Bartomeu and former Santos president Odílio Rodrigues Filho are also sued, as are three legal entities: Barcelona, ​​Santos and the company founded by the player’s parents to manage his career. .

All are accused by the investment fund DIS, which owned part of Neymar’s economic rights when he was a young promise, for allegedly hiding the real value of his transfer to Barça in Barça in 2013.

Barcelona initially announced that the hiring of Neymar cost 57.1 million euros (40 million for the family and 17.1 for Santos), but the Spanish court calculated that the operation cost at least 83 million euros ( R$ 431 million, at the current price).

For DIS – a sports investment fund that belonged to the Brazilian supermarket group Sonda –, Barça, Neymar and later Santos allied themselves to hide the real value of the operation through other contracts that were left out.

The company, which acquired 40% of the player’s economic rights in 2009, received 6.8 million euros of the 17.1 million officially paid to the Brazilian club.

As it considers itself doubly harmed, both for not having received its share of the real transfer and for the exclusivity contract signed by Neymar and Barça – which prevented other clubs from disputing the signing of the striker – the DIS fund asks for the refund of the 35 million euros. euros that you calculate you have lost.

As a private charge, the group asks for five years in prison for the player, Rosell and Bartomeu, in addition to millionaire fines.

The Brazilian’s lawyers deny any wrongdoing and claim that Spain has no legal competence in the case.

Players go where they want

He confirmed that, in 2011, the merengue club offered 45 million euros for Neymar, but said that he did not participate directly in the negotiations and that, ultimately, “the players (…) go where they want and in this case I believe that Neymar wanted to go to Barcelona”.

This lawsuit known as “Neymar 2” is the latest chapter in the judicial saga provoked by the striker’s transfer to Barcelona in 2013, which included a fine of 5.5 million euros for tax irregularities for the Catalan club, in addition to several actions. lawsuits initiated after the player’s abrupt departure to PSG in 2017.

Finally, the club and the number 10 of the Brazilian team reached a “friendly” agreement last year to end all pending court proceedings.

Facebook
Twitter
Pinterest
WhatsApp
Previous article
Rape of a 12-year-old girl in Colonos: The authorities are looking for the brothel that the girl described
Next article
Awesome Rod Stewart – Paying rent on a house where a family of Ukrainians has found refuge