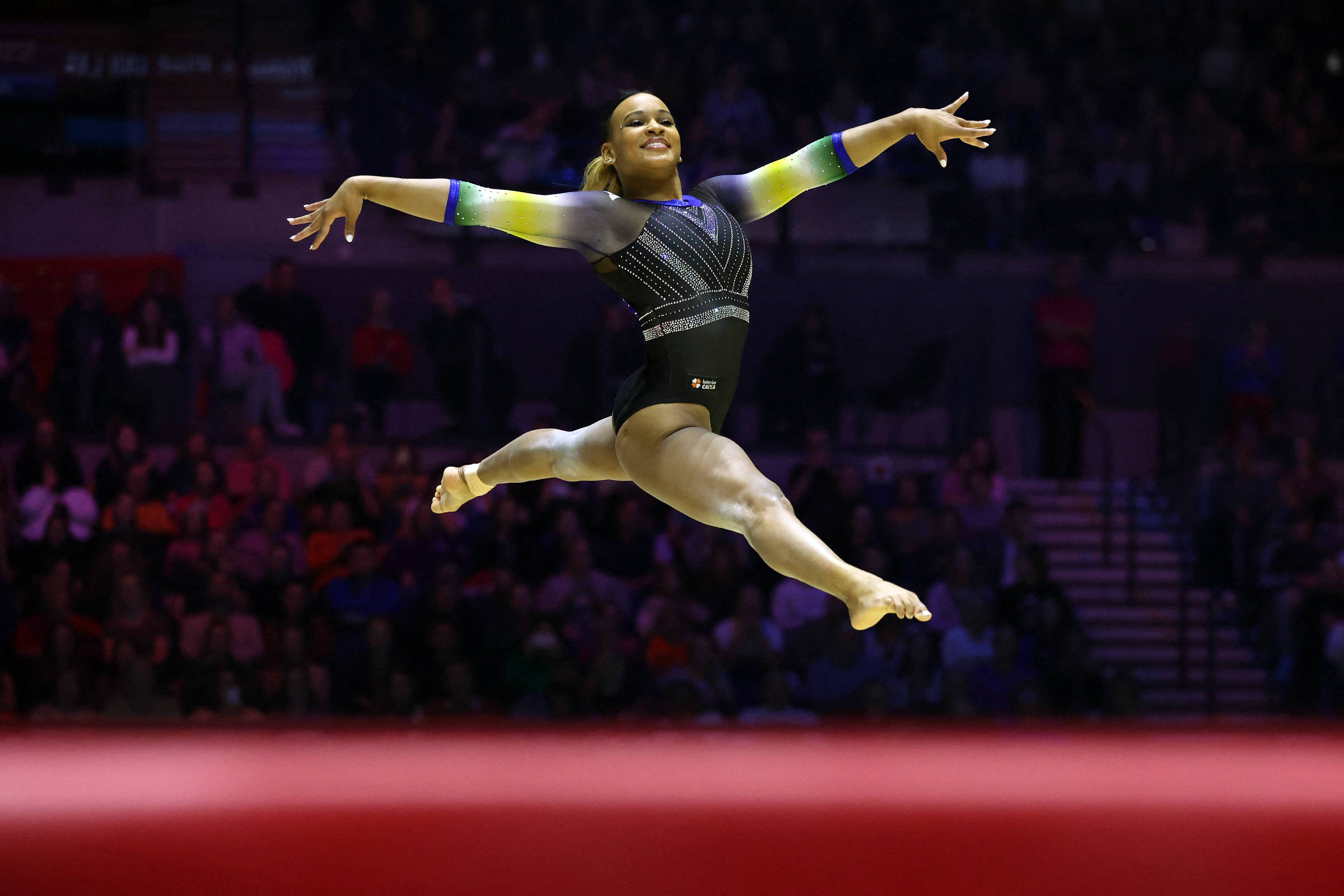 Rebeca wins bronze in the farewell of ‘Baile de Favela’

In the farewell of “Baile de Favela” in the series of Rebeca Andrade, the 23-year-old gymnast won the bronze in the women’s solo at the World Cup in Liverpool, England, this Sunday (6).

Rebeca reached third place after the American coaching staff filed an appeal against the note received by Jade Carey and the gymnast ended up losing a tenth with the judges’ review. Both were tied at 13,733.

“That’s what we always say: when you ask for an appeal, you have to be very sure of what the athlete did. At least that put me on the podium, so I won’t complain”, said Rebeca, jokingly, in an interview with SporTV soon after the test. “Any medal is beautiful, and I’m so happy.”

Britain’s Jessica Gadirova took the gold, and Jordan Chiles, from the USA, took the silver medal.

In the broadcast of Rebeca’s series, another song was heard, superimposed on “Baile de Favela”. The gymnast, however, said she didn’t notice anything wrong. “I didn’t hear it. I think my music is already engraved in my mind. It was very smooth, it didn’t bother me.”

Flávia Saraiva, who suffered an injury to her right ankle last Sunday, was unable to recover from the pain and could not participate in the final.

Earlier, in her first braces final of the day, Rebeca lost her balance on the beam, went to the floor and didn’t make it to the podium. The Canadian Ellie Black took the gold, in a test marked by failures of other competitors due to the difficulty of the device.

On Saturday (5), the Brazilian gymnast suffered a similar problem. A mistake forced her to step off the uneven bars and restart her series, which cost her a score that would allow her to fight for a medal.

In the men’s vault final this Sunday, Caio Souza was in fifth position. The gold medal went to Armenian Artur Davtyan, the country’s first victory in this device.

On Thursday (3), Rebeca achieved a historic result for artistic gymnastics in Brazil with the victory of the all-around World Cup final, also to the tune of “Baile de Favela”. The result made her the first person in the country to win the gold medal in this contest.

Rebeca is expected to use a new choreography after four years with “Baile de Favela” as the soundtrack.

Facebook
Twitter
Pinterest
WhatsApp
Previous article
NATO: Discussions have begun on Stoltenberg’s successor – The candidates
Next article
“Partners in crime”: The 38-year-old and 39-year-old woman who “ransacked” shops in Attica were arrested