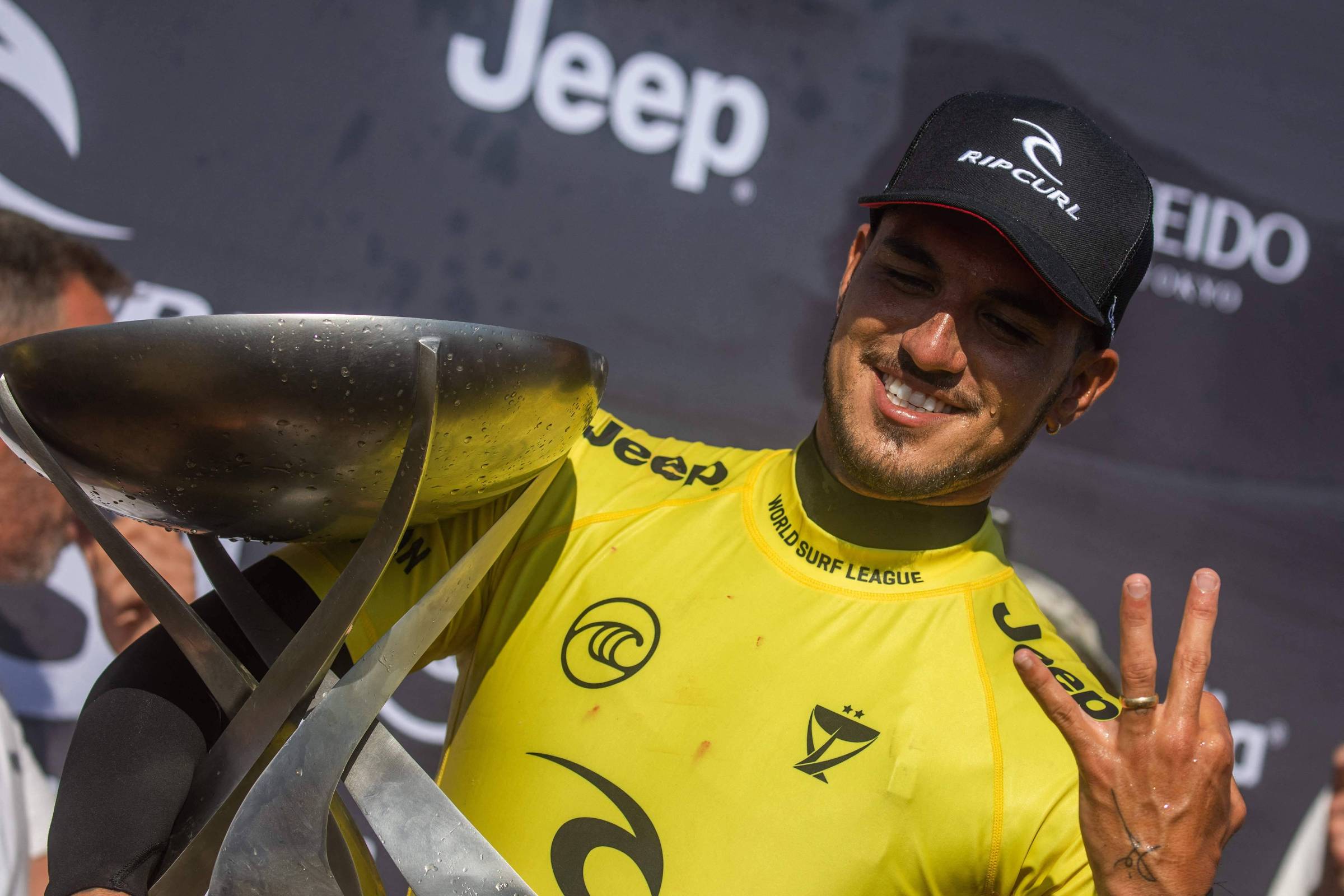 Opinion – Na Pinta do Surfe: The champion is back.

In June of that year, surfer Gabriel Medina injured his knee in the stage valid for the surfing world championship, on the beach of Saquarema – RJ, and had to say goodbye to the title dispute in 2022. However, fate wanted his return to competitions after the recovery was exactly on that same beach in a World Surfing League – WSL Challenger Series event.

I followed the event and could see Gabriel concentrated as usual, but there was something different in the air. your sister Sophia Medina she was also in Saquarema competing in the women’s stage and it was nice to see the affection of her brother who went to greet her as soon as she passed a heat. The family has been through difficult times recently and it seems that things are slowly starting to settle down between them.

Then it was Gabriel’s turn to be surprised to receive a hug after winning a heat. When he got out of the water he was walking surrounded by security and a woman overcame the isolation and hugged him, it was his mother Simone Medina🇧🇷 They held each other for a while and it was soothing to see the scene.

Gabriel always competed with his family, but approximately two years ago their relationship was shaken by the surfer’s marriage to model Yasmin Brunet and some disagreements with the businesses that involved his name. I’m hoping that the family can get together again, because in addition to the youngest Sophia being disputing the stages that can classify her for the elite of world surfing soon, the three-time world champion is back with a knife in his teeth.

With a sharp surf, with powerful maneuvers, repertoire of aerials and visibly recovered from the injury, Gabriel went through the drums and won the title in Saquarema. He was thrilled with the victory and showed that he is prepared for the next season that starts in January in Hawaii.

Next year promises to be a very competitive year. The level of surfing is very high, the competitors are experienced and even the new generation that is arriving is thirsty for victories. We will have the Brazilians Filipe Toledo and Ítalo Ferreira trying to win a double championship, while Medina will try to win his fourth title. To give you an idea of ​​the scale of the feat, if that happens, the greatest champion in history is Kelly Slater with 11 titles, who continues to compete at 50, but it is unlikely that he will win another title. Australian Mark Richards has 4 titles. Tom Curren, Andy Irons, Mick Fanning and Gabriel Medina are athletes with three achievements each, but on this list only the Brazilian is competing.

If he manages to be world champion once again Medina will join Mark Richards with 4 titles and that would be something gigantic.

The Hawaiian winter opens the door for the last qualifying round for the world’s surfing elite in Haleiwa – November 26th to December 7th. In January, the World Surfing Championship begins in Pipeline – from the 29th to the 10th of February, followed by the Sunset stage from the 12th to the 23rd of February.

It will be an electrifying start to the championship with the first two stages taking place in Hawaii! Let’s wait and see how another page in the history of competition surfing will be written.