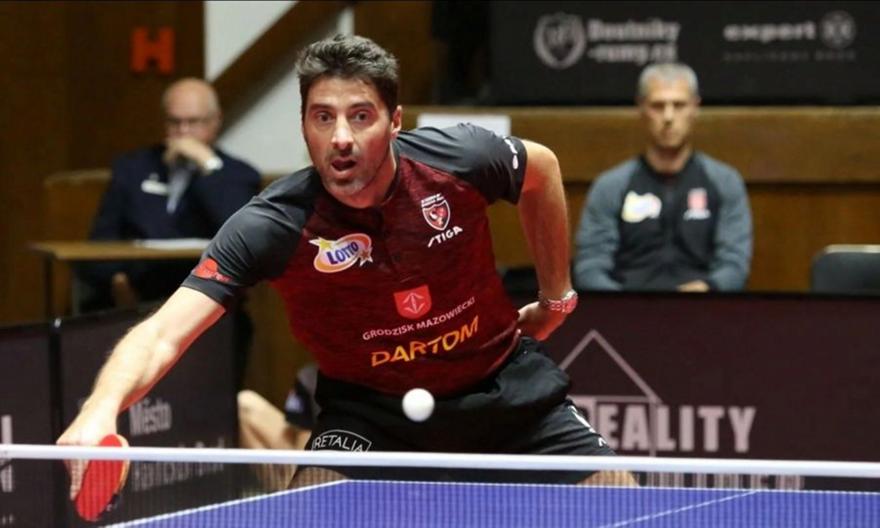 On Tuesday night, Bogoria Grodzisk, bolstered for another year by Panagiotis Gionis, gave the Czech Republic their first Champions League Men’s Table Tennis match of the season and two hard-fought individual victories helped them to defeat Ostrov with 3-1.

From the Polish team’s 1st position, Gionis first equalized and then shaped the final score to show that he is in really good shape and dealing with the chronic Achilles problem properly.

After the victory of Bogoria, a wonderful European three-day period for Greek table tennis ended, after the winning start in the Champions League and Enebon of Yannis Sgouropoulos and, of course, the emphatic 3-0 victory of the women’s team of Panathinaikos over the Austrian LZ Linz Frosberg for stage 3 of the Europe Cup.

The match in the Czech Republic was on the third matchday of Group A, based on the schedule. Bogoria, a consistent presence in Europe’s premier Club Cup in recent years, had the odds lightly on their side. He had the Greek ace as the first player and also in the trio the 18-year-old Korean Jang Seongil and the Polish Milos Rezymski.

HB Ostrov Havlickuv Brod, as its full name is, competes, among others, until last year’s athlete from Bogoria, Pavel Sirucek, and Michal Obeslo, who last weekend strengthened Aris Nikias in the Greek A2 category.

The Czechs, who qualified from stage 1 of the competition, took the lead and Gionis made it 1-1 immediately after, beating Obeslo with a 3-1 set.

The left-handed Korean Jang put Bogoria ahead, defeating Czech Tregler in “sudden death” and Gionis re-entered the table to beat Sirucek in 3-0 sets and give the victory to the Polish club. In fact, the top defender did not celebrate his victory because he was facing his former teammate and friend.

In detail, the progress of the match Ostrov-Bogoria 1-3:

Bogoria plays its next match in the Champions League on 01/12 and it will be against Borussia Dusseldorf at home. On 14/12 they have to face Ostrów, also in Poland, and will close the group matches on 16/12 against Borussia in Germany.

Facebook
Twitter
Pinterest
WhatsApp
Previous article
Soylou’s delirium: The US is behind the terrorist attacks in Turkey – “Intermediaries” of the Americans Greece, Kurds and Taiwan!
Next article
Elected government will provide 5th dose against Covid if science recommends it, says member of the transition