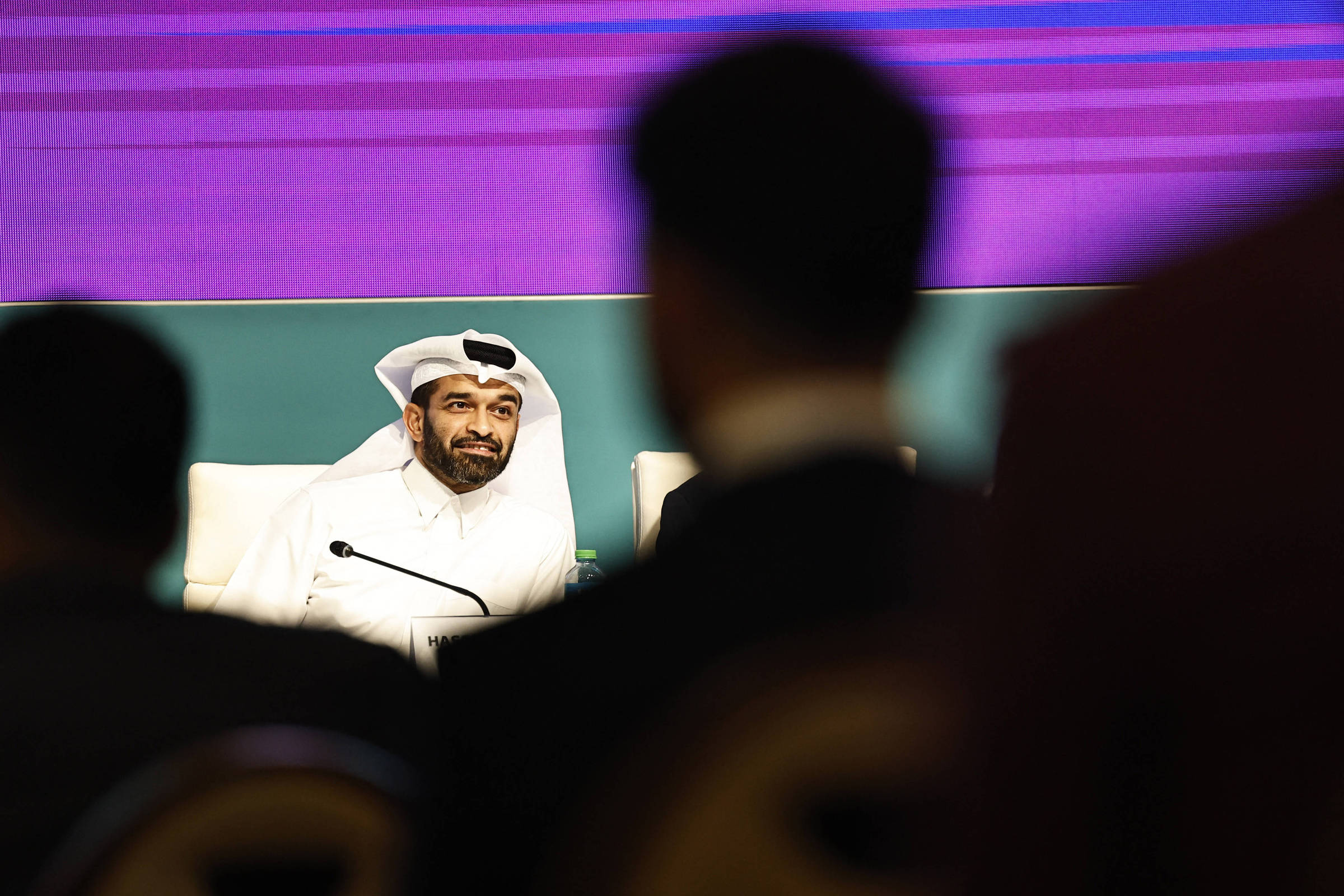 One day after the ban on beers in stadiums, which reignited criticism of Qatar’s choice as the host of the World Cup, the head of the organization of the tournament published an open letter this Saturday (19).

Secretary General of the Supreme Committee for Handover and Legacy Hassan Al Thawadi said the first match would end “a long and sometimes arduous journey of 12 years”. The country won the right to host the tournament in December 2010 (read the full letter at the end of this report).

This Sunday (20), the World Cup begins with the confrontation between the home team and Ecuador.

In a sort of reckoning with critics, Al Thawadi said censorship of Qatar was often underpinned by “racist imagery based on long-standing prejudices and stereotypes of the Middle East and the Arab world”.

In the last decade, human rights defense bodies have denounced the precarious working conditions of migrants involved in civil construction works, the persecution of the LGBTQIA+ community and the few rights of women.

In addition to pointing out that the World Cup is a catalyst for changes in the country, he celebrated the success in organizing the event.

“Despite those who believe Qatar and the Arab world are unfit or unworthy to host, the facts suggest people disagree: 97% of tickets are sold. The UK is among the top five markets for those sales.”

On Sunday night, in Al Khor, Qatar, a defining moment in the Arab world will go down in history when Qatar and Ecuador open the World Cup. The opening ceremony and kickoff will bring to a close a long and sometimes arduous 12-year journey since we were awarded the right to host the world’s biggest event for the first time in our region.

This World Cup is probably the most written about and talked about, even before a ball has been kicked. It is deeply regrettable that much of this commentary has veered into an acceptance of misinformation, rejection of nuance and depth, and often underpinned by racist tropes based on long-held prejudices and stereotypes of the Middle East and Arab world.

That’s not to say we rule out constructive criticism. We engage directly and consider every word. We assure you that this tournament is a spotlight for progress, contributing to our country’s internationally recognized labor reforms.

Our vision for this tournament was that it should serve as a platform to unite East and West, recognizing our differences and celebrating our common humanity through the passion that ultimately unites us – football.

In the current global climate, we must value these rare opportunities to come together. The beauty of the World Cup is that it attracts people from all corners of the earth, from all walks of life, and leaves a legacy of friendship and understanding that breaks down misunderstandings, prejudices and stereotypes.

This is very important for the 450 million people in our region who live and breathe football. Our peoples are linked through history, language, culture and religions. Different countries maintain their own subtleties. What is indisputable is that, from Algeria to Qatar, football is our common passion. Since 1930, we have seen history created on every continent during the World Cup. And this time, it’s our turn to have history created in our land.

Despite those who believe that Qatar and the Arab world are unfit or unworthy to host, the facts suggest that people disagree: 97% of tickets are sold. The UK is among the top five markets for these sales.

We are excited to welcome people and share the culture of hospitality that we enjoy as Qataris and Arabs. We are proud of who we are and the values ​​we stand for. We are a nation that has always defended openness, dialogue between peoples and bringing people closer together. These values ​​are the essence of the World Cup.

Facebook
Twitter
Pinterest
WhatsApp
Previous article
Ukraine: “Leave the country to save energy” – Half of the energy system destroyed
Next article
Trip to Kyiv and meeting with Zelensky about Sunak – Announced reinforcement of Ukrainian air defense