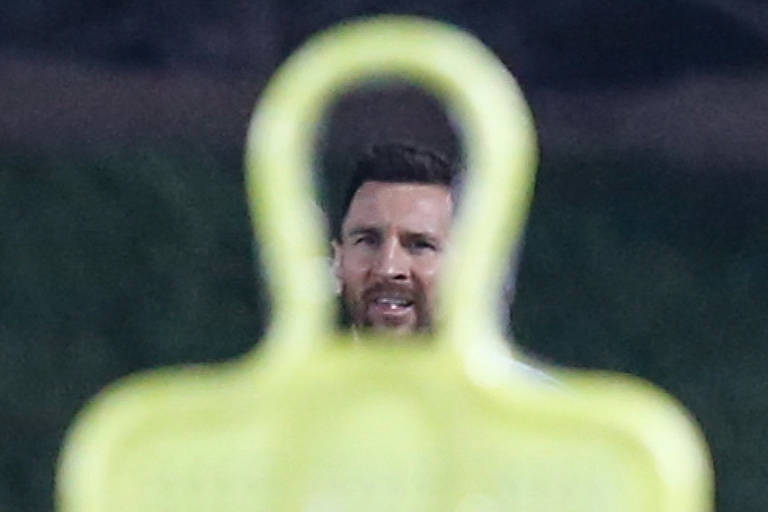 ‘Thank God, Messi is fine’: the relief of the Argentines in Doha when they see the number 10 on the pitch

“So that’s it. Lionel Messi is out of the World Cup.”

A German reporter’s phrase made others present look at him. Some laughed at the irony. Others, not so much. It was the second consecutive training session in which the star, number 10, captain and owner of the Argentine national team did not appear on the field of the University of Qatar.

On Friday (19), an explanation was given that he had stayed at the academy. He only did physical exercises. One day it might even be normal. But this Saturday (20), the absence was repeated again.

“Naaaaaaaaaa. It’s nothing. Quiet,” dismissed the press chief of the AFA (Argentine Football Association), Nicolás Novello, when asked by a journalist in the country if there was a problem with Messi.

But there was another matter in the press that accompanied the training. Where was Lionel? The activity, closed after 15 minutes, was banal. Coach Lionel Scaloni distributed the vests in a way that looked random and a silly circle was formed. In the background, the goalkeepers, led by Dibu Martínez, defended kicks from members of the coaching staff.

One of the solutions for those who followed, but did not have any information, was to try to read the body language of other athletes. If something was wrong, they would have serious, worried expressions.

“They’re all smiling. The mood is light,” observed a radio reporter while recording his bulletin.

The concern is because Messi is the Sun King of Argentine football. The AFA website has made videos of all his goals for the national team available in recent days. Newspapers make headlines every day. Everything he or his wife, Antonella Roccuzzo, do leads to days of arguments. Clarín, the main newspaper in the country, keeps a minute by minute only on the striker.

If Argentina is finally going to be world champions again, everything will have to go through the feet of Lionel Messi. That’s why his absence for the second consecutive training session, as routine as it may seem, upset some on the sidelines of the field in Doha.

The selection has already lost two players in the first hours in Qatar. Due to injury, strikers Nicolás González and Joaquín Correa were cut. One of Scaloni’s main doubts is what to do with the vacancy of Lo Celson, who was not called up, also due to injury. The main candidate is Alexis MacAllister.

Papu Gómez, with knee pain, may only be available against Mexico, in the second round. The team will debut next Tuesday (21), against Saudi Arabia. Dybala has recently recovered from injury. There is also concern about the physical condition of Marcos Acuña.

With an inflamed Achilles tendon, Messi himself sounded the alarm in the national team before the squad list was released. He was rested from Paris Saint-Germain’s match against Lorient, for the French Championship.

PSG is also interested in seeing the Argentine star in action at the World Cup. The club belongs to a subsidiary company of the Qatari sovereign fund, controlled by the monarchy. The tournament also wants to have a Messi at its peak. His image is the most popular on paintings and posters in Doha. The Argentine shirt with the number 10 on the back, a pirated version, is the most used by immigrants on the streets of the capital.

If any physical mishap with him would cause consternation in Argentina, Qatar would not be much different.

After all, why didn’t Messi appear on the field for the second consecutive day?

The relief came just before the journalists were taken from the edge of the field and forced to go to the media room, with no view of the pitch. The popping noise of the cameras, all turned towards the access door to the field, captured the arrival of the main football idol in the country.

In tennis, lazily kicking a ball (“she has her best friend at her feet, as always,” said a radio host) and accompanied by a physical trainer, Messi walked to the second pitch. He started doing some exercises and doing side touches.

“The 15 minutes are up. You need to leave,” came the order from the press office.

“Thank God, Messi is fine,” commented an Argentine journalist, before turning his back to the field.