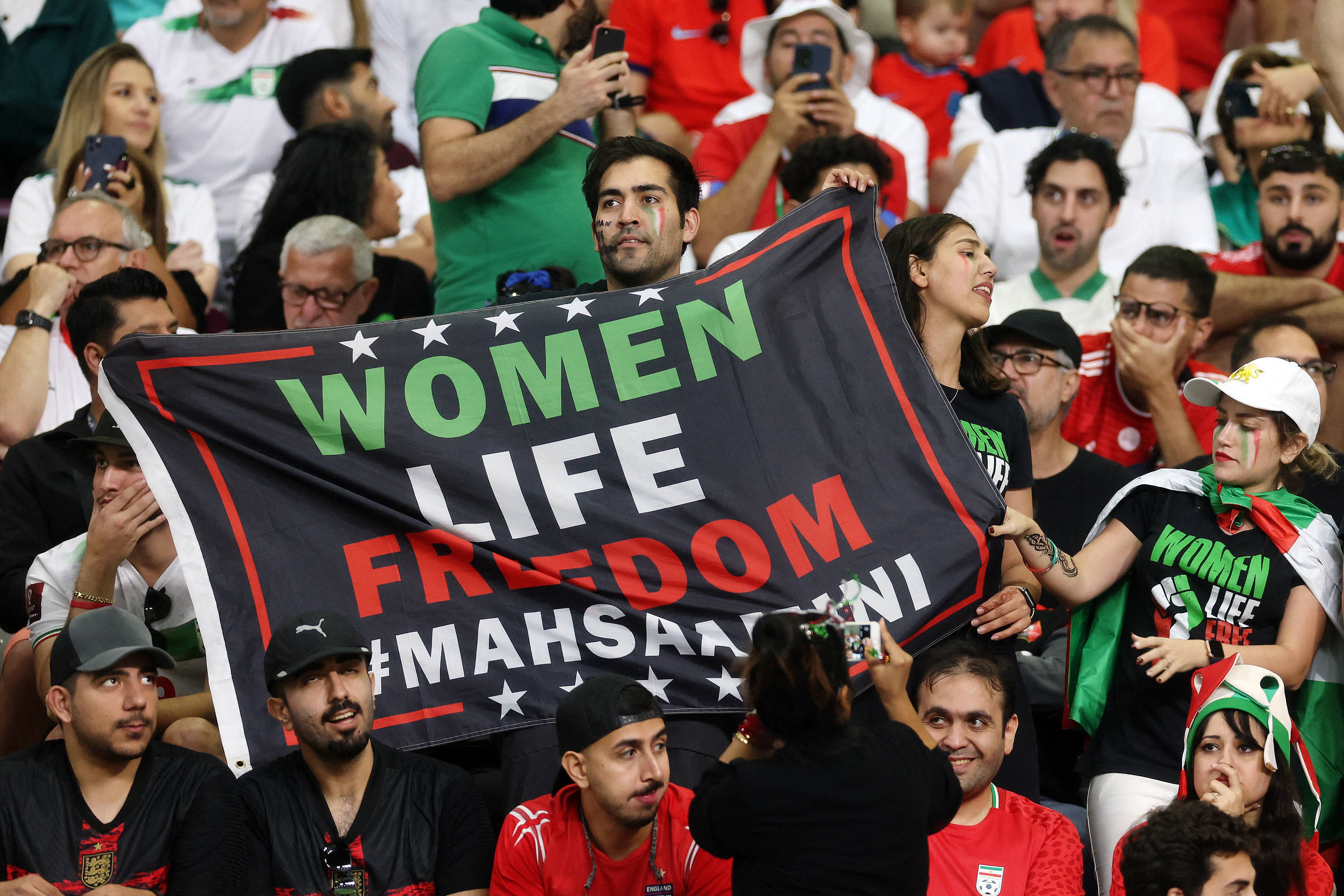 Football is not just a rolling ball. Football is social policy, it is a fight for equality.

The ball rolls, goals happen, but sport should not be conniving with the lack of respect for human rights, should not accept homophobia or treat women as inferior beings.
The World Cup in Qatar is all that, with the connivance of “lady” Fifa.

On the opening day, we saw the women ignored at the ceremony and that “male” crowd from Qatar, which had nothing to do with spontaneity.

On the second day, there were three games, and the first of them was the 6-2 defeat that England applied in Iran.

Some captains of the selections, including Harry Kane, planned to enter the field with the armband in the colors of the rainbow and the words “One Love”, but were threatened with punishment by FIFA, which makes it clear in this Cup which side of history it is on. .

It was a great game by the English Team, with quick touches, a lot of movement and changing positions. This was evident in the performance of their top scorer Kane, who did not score goals, but participated directly or indirectly in goal plays. He is an athlete of rare football intelligence in today’s times.

Iran’s national team, on the other hand, showed what we all already knew: technical fragility and enormous competitiveness.
However, its players did not sing the anthem in protest, in favor of women’s rights, and its fans also demonstrated in the stands.

But at the press conference, Iran’s coach, Portuguese Carlos Queiroz, was against the demonstrations, saying: “All Iranians are welcome in the stadium. They have the right to criticize the team. But those who cause disturbances with problems outside football are not welcome”.

For this gentleman, disturbances are a protest in favor of women’s rights, not the other way around.
This Cup is going to knock off many prejudiced and sexist masks that they feel supported by being in Qatar.

The second game was the most anticipated: Holland x Senegal. Mané, the great star, not only for the ball he plays, but also for his concern for human rights and street children in his country, unfortunately he was injured and is out of the Cup.

The game, however, was pretty good. The two selections excelled for the excellent pass in progression, always thinking about attacking the opponent.

Van Gaal’s team tried to impose themselves all the time, but took risks when it took time to recover the ball. Senegal, in addition to the great touch, had the stretch on the sides to skip the marking of the Dutch attack.

But at the end of the match, with two mistakes by one of the best goalkeepers in the world, Mendy, Holland scored two goals and killed the game.

Already the third game of the day, United States vs. Wales, I saw at the airport, waiting for my flight to Doha. A match between similar teams.

They are two teams that play hard, with a lot of physical strength, and that’s why they are equal. The Americans managed to reach their goal in the first half, with Timothy Weah (son of playmaker George Weah), who showed speed and great finishing.

The second half was full delivery. The Welsh went up, after the tie and leaving gaps. It was a match worthy of a World Cup.

The tie only came at the end of the match, from the penalty spot, with a strong, precise beat by one of the biggest stars of the Cup, Gareth Bale.

The English Team will have to play very focused against these two opponents.

My next text will be in Qatari lands, in the atmosphere of the World Cup, but also attentively observing everything that is happening around me and all the people.

Facebook
Twitter
Pinterest
WhatsApp
Previous article
Bruce Lee may have died from drinking too much water, study finds
Next article
Brazil records 61 deaths from Covid-19 and more than 1,800 cases